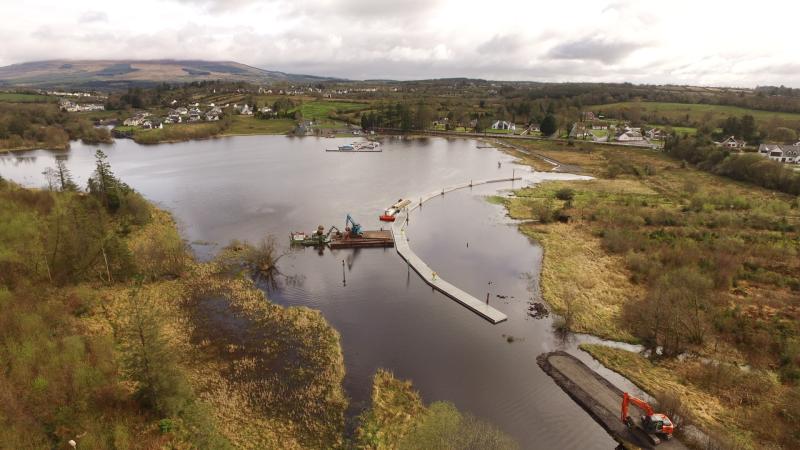 Constructing the proposed 70 bay car park at Acres Lake, Drumshanbo could open up the area to “dangers unknown” according to one Carrick area councillor.

Concerns over the size of a proposed 70 bay car park at Acres Lake, Drumshanbo were aired at Carrick-on-Shannon Municipal District meeting this week. While most of the councillors in the district were happy to see proposed development in the area, they noted local concern over the need for such a large car park at the tourist attraction.

However, Cllr Des Guckian took the issue further than that, he called on the council not to proceed with the plan.
He said the proposal was “sprang on people” and the large car park could bring about “wholesale dumping.”
Cllr Guckian also commented “The Shannon is already a haven for drug pushing” and alluded that the new car park would attract parties and “people getting high.”

This was refuted by Cllr Enda Stenson who said this did not represent visitors to the area.
The proposed car park is currently subject to a Part 8 planning process for the construction of a facility for water sports activities in conjunction with Fáilte Ireland, along with the provision of a raised pedestrian crossing.

Members of the public have until December 1 to make a submission and the council said they have met with local residents twice to discuss any issues.
The council said “there is a significant demand for car parking spaces” to serve the growing visitor numbers to
the existing facilities and amenities at this location and the current car park is “inadequate” to meet the level of demand.

The council will however consider closing the car park to the public at night, which has been suggested by some locals.