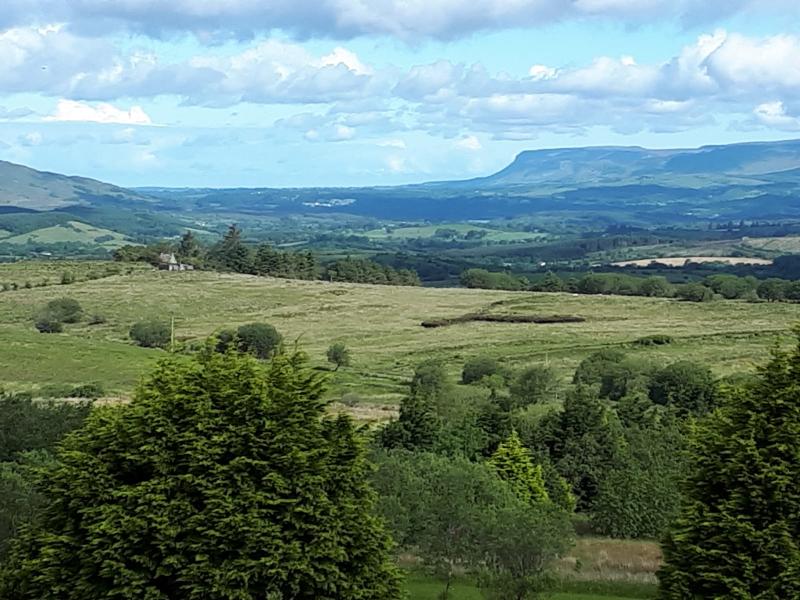 The stunning views from Garvagh, Dromahair could be dramatically changed should planning permission be granted for 10 giant wind turbines

Ahead of an expected planning permission application from Coillte to erect 10 wind turbines that are 168 metres high, the communities of Dromahair, Beagh, Ardvoley, Kilavoggy, Tullynascreena and Garvagh have come together to voice their objection to the proposal.

Local residents, who already have a number of smaller wind turbines for company in close proximity to their homes feel if planning permission is granted for the proposed development life would be unbearable in what should be the sanctuary of their homes. 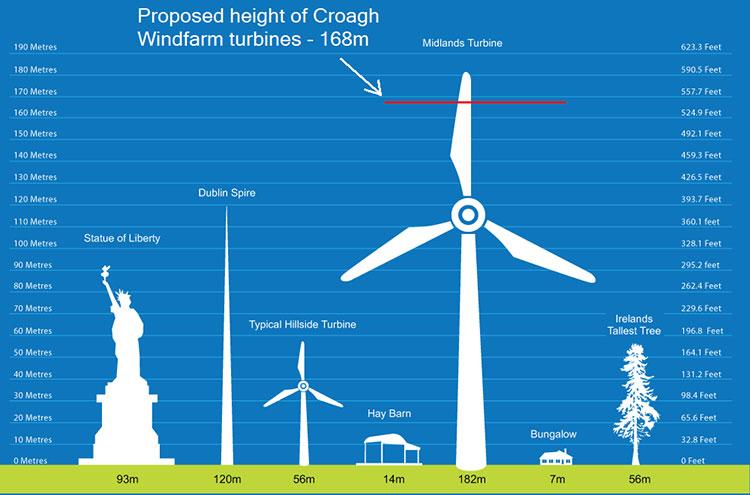 This chart gives an indication of the scale of the proposed development. The giant wind turbines would each measure 168 metres, almost 50 metres taller than the Dublin Spire and almost twice the size of the Statute of Liberty

The residents insist they are supportive of renewable energy but outlined a number of reasons why they feel the proposed development is not suitable.

Should the development be given the go-ahead residents would be left in a situation where they have windmills surrounding them on three sides in a horseshoe shape resulting in “intolerable noise.”

As well as the noise, which is already an issue from the existing turbines when the wind blows from the east, there are also concerns in relation to infra sound and low frequency noise; the visual impact; shadow flicker and the devaluation to properties, in some cases making them unsellable.

Read Also: Public invited to have their say on issues impacting on rural Ireland

It is also feared the proposed development would have a devastating impact on wildlife. Vast amounts of concrete would also be required while there is a very real concern about the possibility of landslides reoccurring on the mountain.

Residents have also pointed out that the turbines have a shelf life of 20 years ago after which permanent damage will have been done to the mountain. 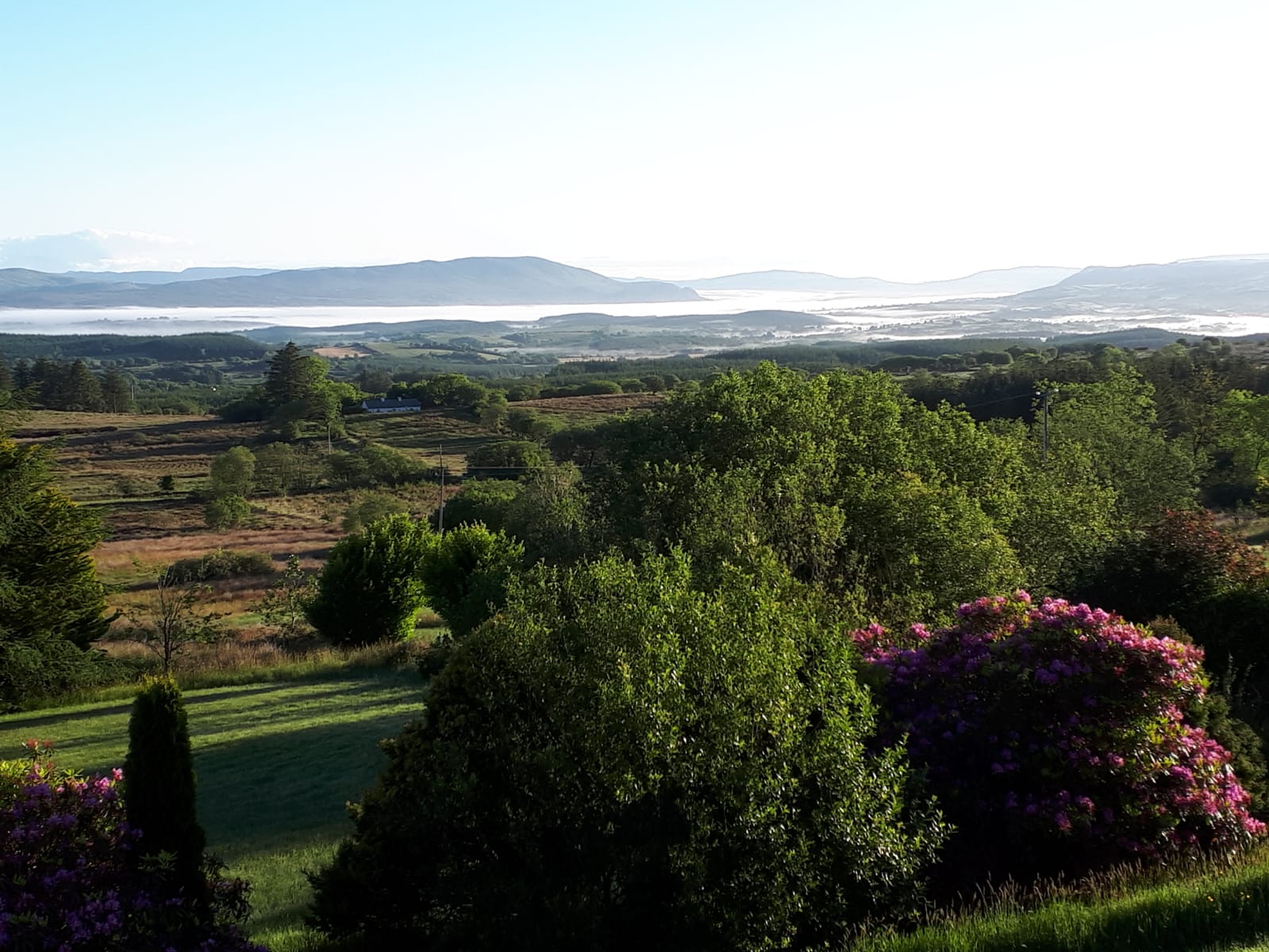 Similar giant wind turbines have already been erected near Banagher in Co Offaly with the noise levels said to be “horrendous” for the occupants of the three houses in close proximity while the red light on top of the turbines is also said to be a “significant irritant.”

One resident who feels he would be severely impacted by the proposed development told the Leitrim Observer: “I would not be able to live in this house, facing an industrial development.”

Kevin Duffy was speaking last week from his home in Garvagh, close to Kilavoggy, just 850 metres from the proposed development.

Kevin and his late brother Michael returned to their ancestral home which they lovingly restored and built houses for themselves on the site. In a letter to Coillte, Kevin outlined his strong objections to the proposal saying his “property and lands would be blighted and rendered virtually uninhabitable and unsellable.”

He stressed the “impact of the clearly audible noise from the turbines would severely and adversely impact my physical and mental wellbeing.”

Kevin also highlighted the potential health consequences that could be caused as a result of the flicker effect saying: “I have suffered two mini-strokes and I understand that there is medical opinion that flicker effect can trigger strokes and epilepsy.”

With stunning views from his home that take in six counties Kevin believes the area should be preserved and protected as an area of outstanding natural beauty rather than building giant turbines.

Local residents are united in their belief that climate change is an issue that needs to be addressed but are adamant the proposed development is not the best way to reduce carbon emissions.

“I think the debate is changing,” said Kevin. “Climate change is number one but we don't believe turbines are a solution. Coillte say this is the best we have at the moment but we don't think that is good enough.”

He added: “The technology is advancing rapidly. The EU have deadlines in place for 2020 but we are saying look and research more; slow down a bit Coillte and Minister Richard Bruton.”

Adrienne Diamond who along with her husband Graham runs Adventure Gently, is another resident who would be impacted should the proposed development get the green light.

She insisted she is in favour of renewable energy and feels offshore turbines is an area that deserves further exploration but is adamant the proposed development would be severely detrimental to the environment and those living in the area.

“If I felt they were doing something for the environment and providing strong protection for the community I could live with that,” stressed Adrienne.