Putting children first and steering clear of the B word 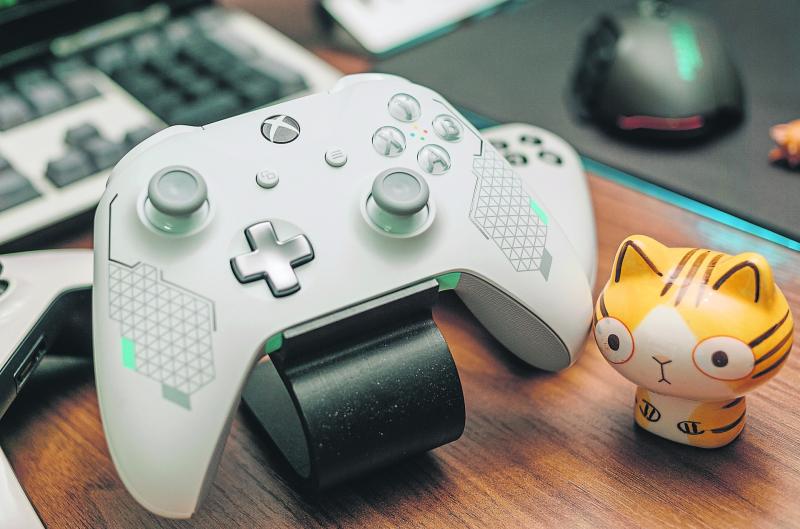 Writing a column can be a challenge! That might seem a strange comment for a journalist to make but nonetheless, putting down on paper your thoughts on a certain subject can be difficult and at times daunting.
The biggest challenge really is choosing the subject on which to focus.
This week I had been building myself up to tackle a real heavyweight.
I've been toying with the idea of dissecting the whole Brexit argument, getting to the heart of the matter, cutting through the mire and calculating the theoretical impact the British leaving the EU will have on us as a country and, closer to home, on us here in Leitrim as a border county.
But, after weighing up the pros and the cons, looking at the arguments put forward by the hard and soft Brexiteers and the intransigence of the Unionists, I decided to follow the latter's default line of thinking said NO, I won't.
Even thinking about the whole Brexit process gave me a headache. The word itself is a turn-off and the whole sordid mess is just so mind-numbingly boring to the vast majority of people at this stage that I've decided to give it a pass.
The Brexit debate has even struck up a sympathetic wave over here in the form of the Irexit movement by the Irish Freedom Party that wants us to leave the EU as well.
Ire indeed!
I know it's a serious issue and what is decided in the coming weeks and months will have a serious impact on our lives and our livelihoods (or will it?), but, like a good cartographer, you have to draw the line somewhere.
Anyway, getting well away from that whole political scene, a topic that I wanted to focus on is an important one for the health and wellbeing of our children - encouraging our young people to take part in various physical activities and sport.
Childhood obesity is very prevalent in today's society. Unfortunately, the evidence is there before our eyes every day and it would appear to be getting worse.
Busy lives can mean children are often given snacks and fast food to eat and they don't have a proper diet or take part in enough, or any, physical activity which leads to obesity and its many related health problems.
The lack of physical activity by some children who sit like zombies in front of screens for hours on end is a recipe for disaster.
It's not and never has been any child's fault. Unpalatable as it might sound, parents are the problem and more often than not their simple laziness can lead to problems down the road for their child or children.
Encouraging children to participate, enjoy and love sport is one of the most important things a parent can do for their child.
I'm not wearing a specific coaching hat in this regard - any sport or activity will do, something the child likes and enjoys.
Encouraging them, fostering an interest and a love for their chosen sport and being there for the child are so important in their development.
Don't just drop them off at the gate and collect them again an hour later - get involved.

Praise the youth and they will flourish

Children love to try and impress their parents. When they train and participate and play matches, be there for them.
See for yourself how they are progressing, it's a lot more rewarding to see it for yourself rather than the child trying to tell you about a goal they scored or a pass they made on the way home in the car.
Mol an óige agus tiocfaidh sí is an old Irish proverb which loosely translates as praise the youth and they will flourish.
Encouragement and praise are the cornerstones of children enjoying and participating in sport.
It's a pity, but sadly a fact, that sometimes what often starts out as praise from the sideline can turn into orders to the child and verbal disagreements with the referee or other mentors or parents.
The silent sideline is a novel idea that works well and has been trialled in certain counties to great effect.
Basically, for the duration of an underage match, those on the sideline - coaches, mentors and parents - remain silent and make no comment to any of the children taking part. What an experience that would be!
Adults sometimes forget or simply choose to ignore that children are allowed to make mistakes, they're allowed to drop the ball, misplace a pass, miss a point or a goal.
Children are not stupid - they will learn from their mistakes as they go on and will be the better for the experience.
Certainly someone roaring at a child who makes a mistake or berating a referee for making a decision is not a positive influence.
There is a poster that I've seen that should be a permanent fixture in a prominent place in all club grounds and it's message is quite simple.

Welcome to our club
Please remember

The players are children
The coaches are volunteers
The referees are human
This is not the All-Ireland Final
Please respect all players and
coaches
First priority is having fun
Enjoy the games!

If adults could abide by it then every child would be a winner.