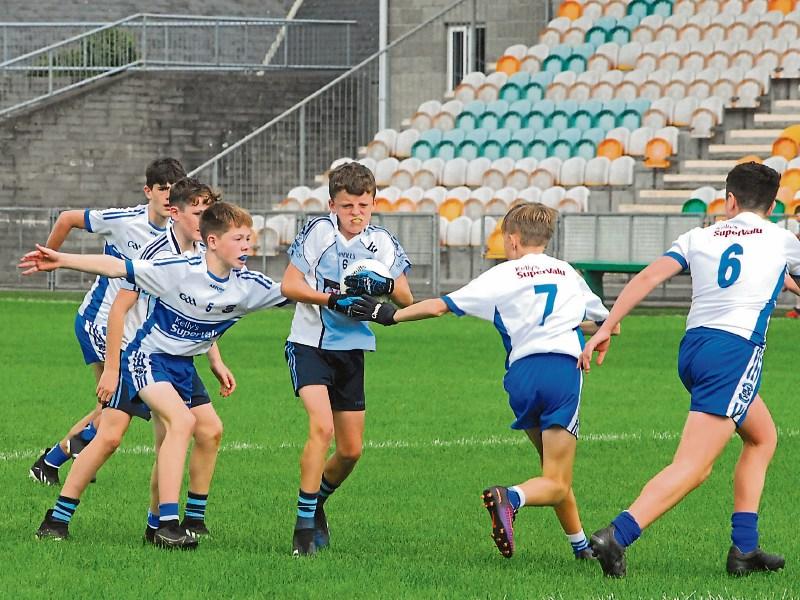 Truth, like beauty, is often in the eye of the beholder, a phrase that seems kinda curious because, after all, truth is truth. But in these days of instant and often polarising opinion on social media, when your truth is different to mine, that's when we start to run into problems!

Politics and science are locked in a mortal battle over the past 20 months thanks to the Covid-19 pandemic but don't worry, I'm not going to wade into that debate - I'm not that brave, nor foolish, but these days, truth, opinion and facts are seemingly inter-changeable and malleable to whatever cause you wish to believe.

In an age when the echo chambers of social media magnify our inner thoughts, it seems that listening to an opposing viewpoint and allowing yourself to be persuaded to change your mind is something of a heresy - and it is something I've fallen victim to myself more than I care to admit!

If I had written this column last Tuesday week, chances are it would have been a bitter polemic, castigating all those who dared vote against the new bye-law proposed by the County Board on the thorny subject of player eligibility. For the life of me, I couldn't understand how so many of this county's smaller and least well resourced units didn't see the merits of the proposal.

But time, a good bit of it, calmed me down a bit - clubs are more than entitled to look after their own interests, in fact they're obligated to do so - so if that is what they want, so be it. To me, it is short term thinking at its worst - putting the next year or two ahead of the next 10 or 20 but then again, that's only human nature.

Its only human nature too to shoot the messenger with Declan Bohan's timely warning on the population challenges facing Leitrim in the years ahead interpreted by some as an attack on their clubs. That notion couldn't be further from the truth but it is a warning that the issue of demographics is a train coming down the tracks, a high speed HGV at that, and when it hits, clubs will face an unrecognisable new reality.

I understand why clubs find this notion hard to digest but a glance at the playing fields of Leitrim right now and the scores of players in their late 30s or early 40s still lining out for their club's first teams tells me that the problem is already hitting hard. When those diehard stalwarts depart the scene, many are going to struggle far more than they think.

As much as the GAA's beating heart has always been small rural clubs, the new reality is that the big population centres are dominating. Corofin is a country parish but is a huge, sprawling area that benefits from their proximity to two major population hubs of Galway and Tuam.

We all know the story of Dublin super club Kilmacud Crokes and their 5,000 plus members but they face a Naas team in the Leinster Club Final who cater for a population of over 21,000! To give that a local context, that is roughly the same population that lives in the Carrick and Ballinamore Electoral Districts - one club in Naas covering the population served by 18 clubs in Leitrim!

Every now and then some small clubs will rise out of nowhere to defy the odds - Derrygonnelly and Kilcoo are just two right now and our own Aughawillan is a prime example but there is no denying that population and playing numbers drive the sustainability of many clubs.

Some clubs will do quite well out of the new reality but with 70% of the boys in any one year in primary school in this county residing in the areas of just nine clubs, we're going to be in a situation quite quickly where the second and maybe even third string teams of the superpowers will be winning Intermediate and Junior A championship.

And not one offs like Glencar Manorhamilton in 2013 or like St Mary's did in winning the Intermediate crown four times in the last 30 years but it will become a feature as regular as clockwork.

It is a two fold problem - the big are growing bigger and stronger, many of the small are growing weaker with numbers in many of the county's current top clubs suffering an alarming drop at juvenile level - we haven't seen it on the adult playing fields yet but we will, it is impossible to cheat the reality of the figures.

The amended derogation, as bitterly opposed as it was by some clubs, is a start but clubs need to start thinking big picture right now if solutions are to be found.

So imagine my surprise when clubs voted in a radical new format for the Senior and Intermediate Club championship. Again, no problem with that - the new format promises drama, excitement and mystery, hard to beat all that and great to write about too - so that has got to be for the good of the game. But you wonder if the motivation is to possibly avoid some of the super powers in a club's four games and make a quarter-final?

There is a sting in the tail too - scoring difference means teams will have to pile on the scores to avoid the nightmare scenario of missing out on the quarter finals thanks to scoring difference. But, that all adds to the drama.

Short-term thinking is not confined just to the men's game with the Ladies Board last year voting to compress the schedule of games in the club games, leaving no gaps between group games or semi-finals and seeing players literally limp their way into the biggest games of the season.

Even the idea that Glencar Manorhamilton's march to this year's Connacht Senior Club Final might not have happened had they lost the Senior A Final this year is hard to fathom - the only club in Leitrim who are qualified to play in that grade, their heroics this year might have never happened had an exhausted St Joseph's not had been on their last legs after a punishing schedule of games.

But, and this is the essence of democracy, that is what the clubs wanted and voted for in the face of what both County Board Executives were advocating. That's their absolute right but sometimes you've got to take a step back and consider the bigger picture. Who's to say they aren't right but some times, the bigger picture is the clearest one of all!