Moran happy with forward play but looks for defensive improvement 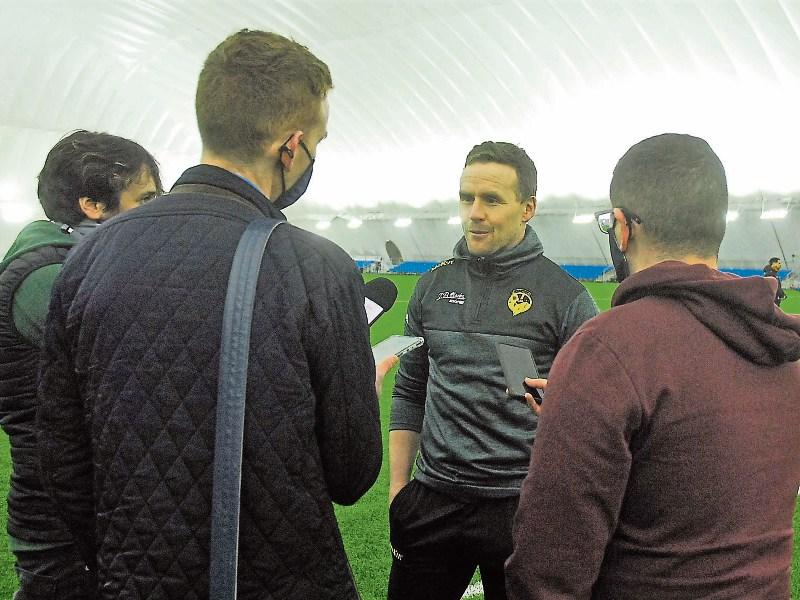 Glass half full might be a good way of describing Andy Moran’s reaction to his first outing as Green & Gold manager as the former Mayo legend was more than pleased with Leitrim’s attacking display in Monday's FBD League clash with Sligo but he also conceded that Leitrim have work to do on the defensive side.

“The game was really good, high intensity. It was a bit more open than I would've liked to have had it. Yes, it was really a good workout,” said Moran who added that playing the game indoors had a big effect on the spectacle and standard of the contest.

It is fair to say that the new Leitrim manager was impressed with the quality of forwards in the Green & Gold ranks but would like to see an improvement on the defensive end: “I’d like if we were a bit tighter at the back but some of our forwards' play was really nice.

“We know in Leitrim that we have got good forwards in Ryan (O'Rourke), Riordan (O'Rourke), Keith (Beirne) and Paul Keaney coming through.

The former Player of the Year also pinpointed the impact that Cillian McGloin’s black card had on the final result: “Sligo and Leitrim – let's call a spade a spade – are very close in terms of what we have over the last couple of years and where we want to get to.

“When we went down to 14 players (following Cillian McGloin's black carding) we lost five points or six points to one or something like that and we lost by four points. I think our defeat was as simple as that. But in some of our play, we lost too many scores in-a-row at times and then it was hard to claw it back.

“We were six points down at two stages in the game, which we wouldn't be particularly happy with. But I just wouldn't put it down to Cillian's black card.

Moran was also impressed with the battling spirit in his team but the main thing was to build the confidence of a talented group of players: “It was great to cut the Sligo lead back to two points in the final minutes of the game. That's in the boys. It is just about getting that belief.

“I said to the boys after the game that we haven't won a game since March 2020, before the first (Covid 19) lockdown. “It is just about getting the confidence to know they can go out and do that. We are trying to tell them - the quality is there, the players are there - it is just about getting that belief. When they rallied (tonight) it was exceptional.”