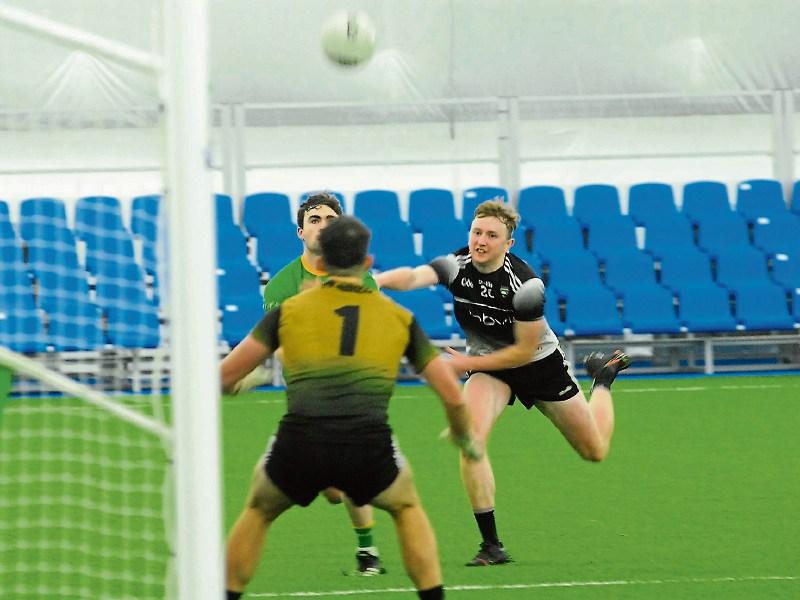 New Leitrim manager Andy Moran opened his tenure with a high scoring and high energy defeat at the hands of Sligo in the opening round of the FBD Insurance Connacht League last Monday evening in the NUI Galway Connacht Air Dome.

After an impressive third quarter in which they outscored Leitrim by six points, Sligo came away with a fully deserved win following an entertaining quarter-final played at the Connacht GAA Centre of Excellence, booking their place in next Saturday's semi-final against Roscommon.

Fielding just eight of the side that lined out in last July's heavy Connacht championship defeat by Mayo, Leitrim played quite well at times but they also lacked the degree of sharpness that was evident in the Sligo ranks over the 70 minutes.

That sharpness saw the Sligo men start more brightly with Niall Murphy putting over a point in the opening minute but Leitrim responded well and were on level terms with a similar score from Jack Heslin four minutes later.

Niall Murphy took maximum advantage of a seventh minute defensive blunder from Leitrim to fire home a goal for Sligo that left Leitrim goalkeeper Brendan Flynn with no chance of stopping. This score set the game's agenda and certainly put Sligo in the driver's seat for long periods. 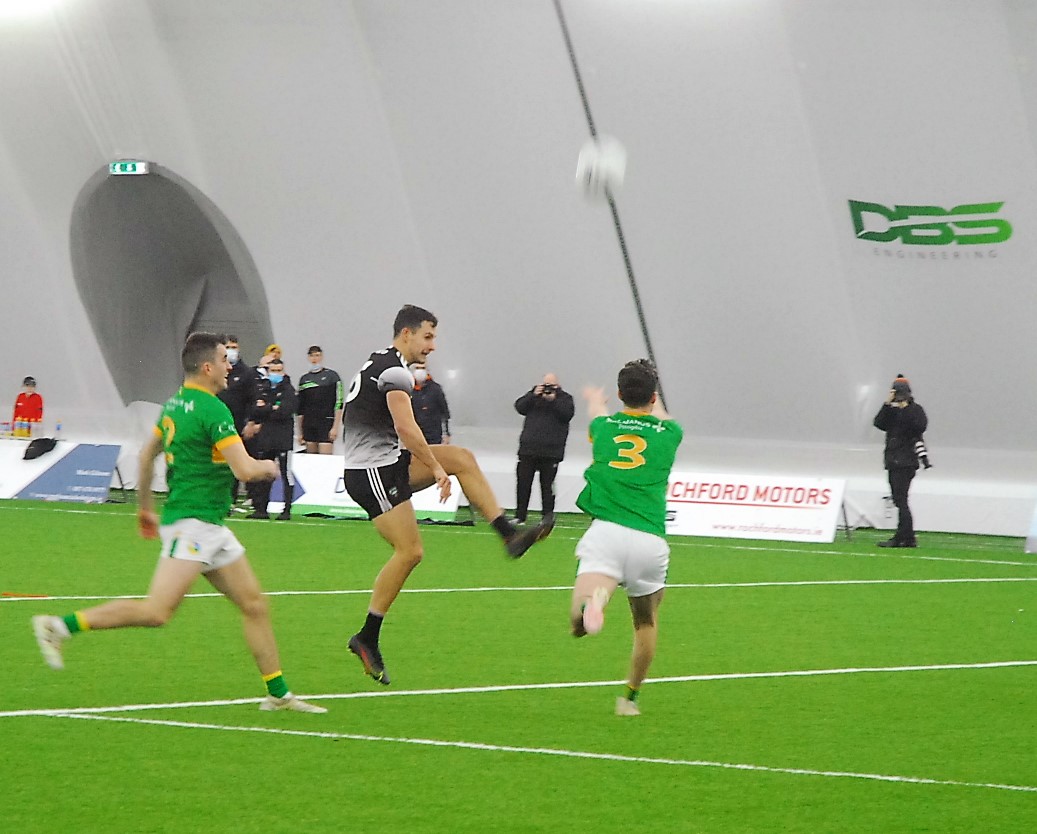 Brian Egan put Sligo further ahead with a free shortly afterward but Leitrim hit back by 13th minute with two points on the trot from Keith Beirne frees. But then the Yeatsmen surged ahead to grab a five points lead over the next five minutes after Murphy shot over twice while Barry Egan added a point.

Ryan O'Rourke replied with a point after winning a mark before the first water break which left Leitrim trailing by four points at that stage.

Sligo continued to dictate matters after the restart with Alan O'Reilly whipping over a pair of points and with Pat Hughes chipping with one by the 21st minute.

Leitrim, however, seemed to find their form as they rallied during the next five minutes to cut the deficit with Sligo to the minimum after Darragh Rooney finished off a well worked move to the Sligo net while Keith Beirne added two points, one from a free, with Ryan O'Rourke also getting a point.

Paddy O'Connor hit back with a Sligo point but Leitrim got on level terms by the 33rd minute after Keith Beirne found the target from two placed balls. Before the interval, Sligo's Keelin Cawley and Leitrim's Ryan O'Rourke traded points to leave the sides level at half-time on a 1-10 all score line.

Following the restart, it was still level three minutes into the second half after Murphy (free) and Ryan O'Rourke swapped points but crucially, Leitrim failed to score for the remainder of the third quarter as Sligo built up an impressive six point lead.

Leitrim weren't helped by the fact that they were down to 14 players for most the third quarter following Cillian McGloin's black carding just before half-time, Sligo really surged ahead in this phase of the game to go six up by the games second water break with Murphy whipping over four points along with one each from Pat Hughes and David Quinn.

The by now traditional switch in fortunes after the water break didn't immediately happen as Sligo stretched their advantage to seven points when Paddy O'Connor fired over a 48th minute point.

But with Sligo looking comfortable, Leitrim staged a late rally and lifted their game to cut the deficit to two points over the next seven minutes with Keith Beirne firing over two points while subs Riordan O'Rourke and Paul Keaney added a point each, as did team captain David Bruen with a fine point.

However, Sligo steadied themselves and finished strongly with Niall Murphy pointing from play and a free while sub Mikey Gordon, who also was yellow carded, got a point as well. Leitrim fought to the end, Keith Beirne adding another point to his tally but Sligo held out comfortably for the win.