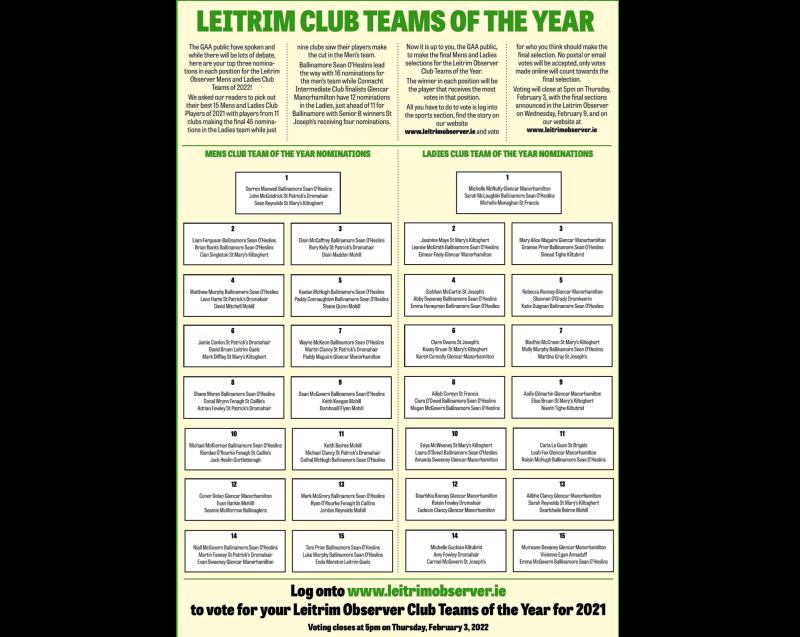 The GAA public have spoken and while there will be lots of debate, here are your top three nominations in each position for the Leitrim Observer Mens and Ladies Club Teams of 2022!

We asked our readers to pick out their best 15 Mens and Ladies Club Players of 2021 with players from 11 clubs making the final 45 nominations in the Ladies team while just nine clubs saw their players make the cut in the Men’s team.

Ballinamore Sean O’Heslins lead the way with 16 nominations for the men’s team while Connacht Intermediate Club finalists Glencar Manorhamilton have 12 nominations in the Ladies, just ahead of 11 for Ballinamore with Senior B winners St Joseph’s receiving four nominations.

Now it is up to you, the GAA public, to make the final Mens and Ladies selections for the Leitrim Observer Club Teams of the Year. The winner in each position will be the player that receives the most votes in that position.

All you have to do to vote is log onto www.leitrimobserver.ie and check out the GAA section and vote for who you think should make the final selection in each and every position. You can vote for one position or all 15 on both men's and ladies teams if you so wish. No postal or email votes will be accepted, only votes made online will count towards the final selection.

Voting will close at 5pm on Thursday, February 3, with the final sections announced in the Leitrim Observer on Wednesday, February 9, and on our website at www.leitrimobserver.ie 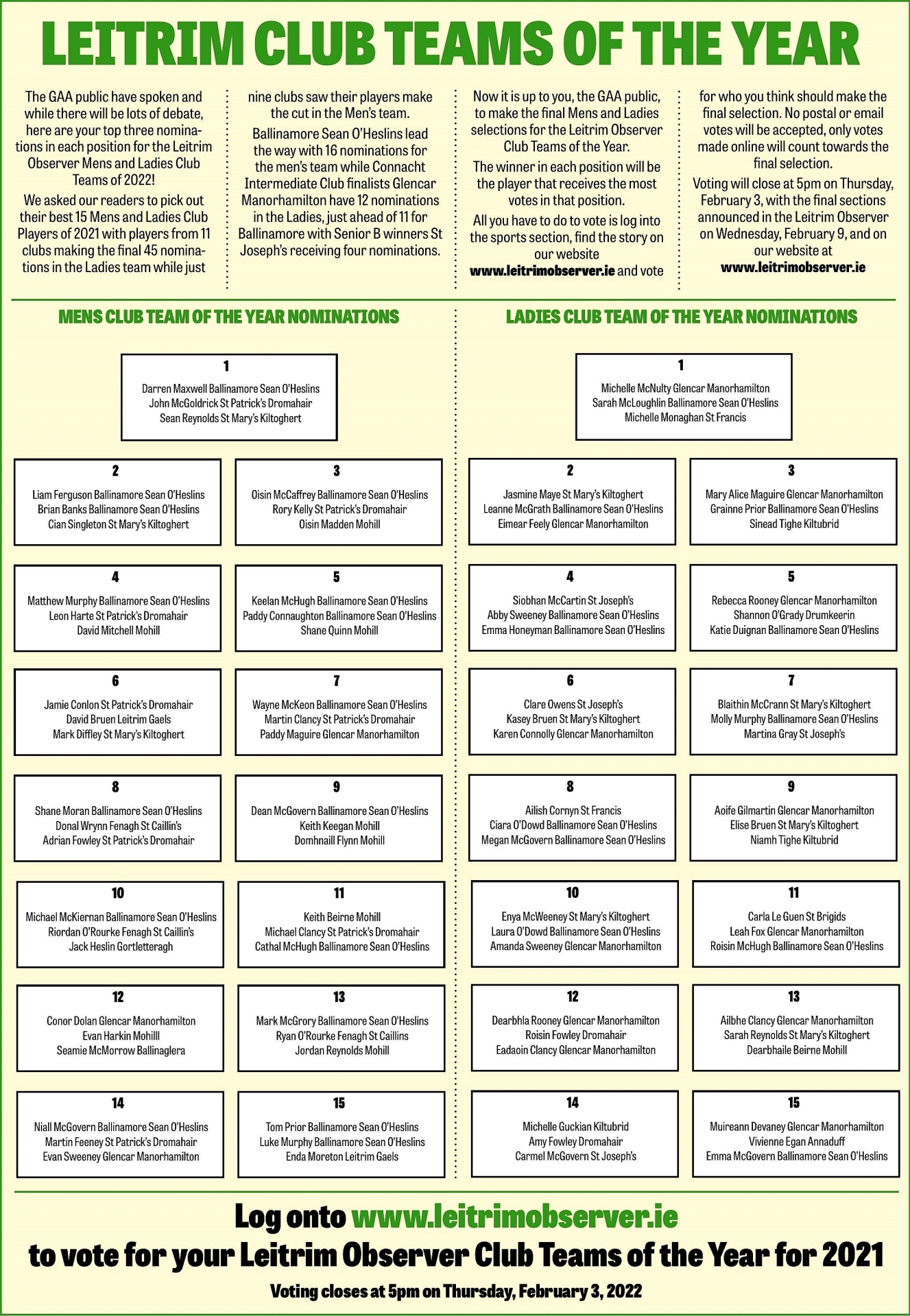