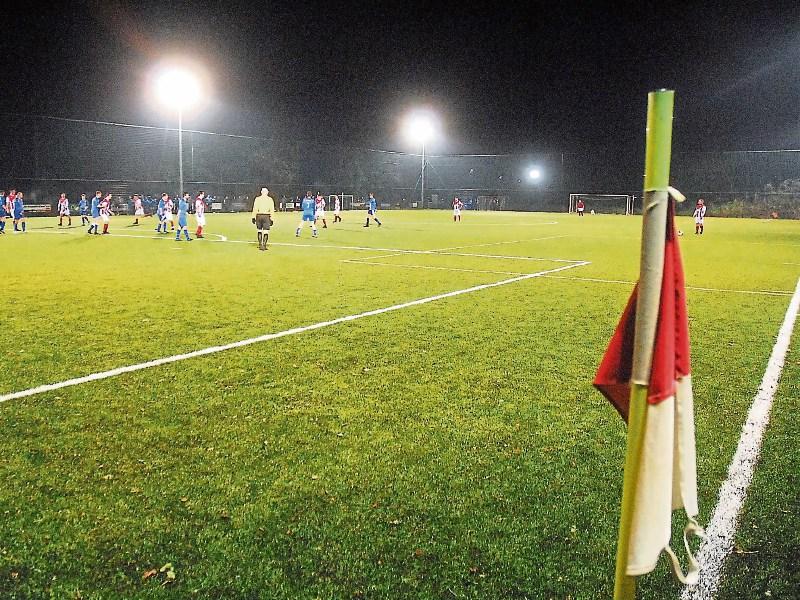 Regular readers of this column know that I'm fond of the odd quote or two from the movies so I've decided this week to go with an oldie, but a goodie, from the 1989 classic “Field of Dreams”.

Starring Kevin Costner at a time when the Robin Hood star was the biggest name in Hollywood, “Field of Dreams” boasts a wonderful performance in the flesh from James Earl Jones. I say in the flesh because Jones is revered more for his very different roles as the voice of Darth Vader in Star Wars and that of Mufasa, father of Simba, in The Lion King.

Anyway, the tagline of “Field of Dreams” is “If you build it, he will come” as Costner incredibly and inexplicably decides to build a baseball diamond in the middle of a prime cornfield in rural Iowa - it is a bit off the wall and even a bit spiritual but in terms of feel good factor, it is hard to beat a movie that so resonated with the American public that the New York Yankees and the Chicago White Sox actually travelled to Iowa to play a MLB game last year to celebrate the impact Costner's move had on the American psyche.

“Build it and they will come” were the words that echoed around my mind last Saturday evening when myself and Willie Donnellan made the journey to Dromahair for a Leitrim soccer derby between Dromahair and Carrick Town FC at the fabulous new astro-turf facility at the Dromahair Arts & Recreational Centre.

The floodlit facility should be the envy of each and every community in Leitrim for it truly lives up to the notion of “Build it and they will come”. One Dromahair official told me that the astro-turf facility is in constant demand with games taking place from 9.30 am on a Saturday right up until 9 pm at night and not a spare minute to be had!

The full sized astro-turf soccer pitch has also been a god-send to GAA teams looking to get some training in at a time of the year when surface conditions can make training a living hell and I know the Leitrim hurlers regularly used the Dromahair facility as a training base, the firm surface helping immensely with getting their touch in at this time of the year.

What makes the Dromahair development so noteworthy is the effort that went into it. Over the past year, the DARC (Dromahair Arts & Recreation Committee) worked themselves to a standstill to promote and sell tickets to meet their funding obligations and if what I witnessed last Saturday is anything to go by, it was a labour of love that will provide dividends to Dromahair and all the surrounding areas for years to come.

And it was not easy for there are quite a few astro-turf facilities just a few miles in the road in Sligo - from the fantastic new Sligo Leitrim & District facility at McSharry Park to Sligo Rovers' own astro turf at The Showgrounds to the full-sized astro-turf pitches at IT Sligo, Cleveragh and Ballisodare, leaving one green with envy at the scale of the facilities available in the area.

But the biggest lesson was how the various groups came together under the DARC banner - Dromahair FC are living proof of the “Build it and they will come” philosophy as they are only two years in existence but they are already fielding underage teams at all ages and a senior team.

St Patrick's Dromahair mens and Dromahair Ladies, both winners of Leitrim Intermediate titles in 2021, are part of DARC along with Gaelic4Moms and Killenummery, Drumlease and Ardvarney national schools, proving the value of what can be achieved when an entire community comes together for the greater good.

These partnerships are only going to become more common in the years to come - Government funding is tending towards multi-sports facilities while raising the large sums of money to provide desperately needed facilities is a whole community effort.

With climate change becoming ever more evident and our weather likely to get warmer and wetter, artificial surfaces are definitely the way to go, a point proved by the fabulous new NUI Galway Air Dome at the Connacht GAA Centre of Excellence - another must in the years to come for each and every county in the country.

None of this comes without enormous hard work and I'm sure the DARC would like nothing better than a long rest but they have led the way in showing the rest of Leitrim, the province and the country the way to go.

If you ever get the chance, pop over to Dromahair and take a look at what the local community have achieved. Or look at the equally impressive PeaceLink in Clones and wonder what could your community can do to emulate what has been done elsewhere.

Long term, providing these facilities, sporting or otherwise, is the only way that many small rural communities all over the country will be able to survive and thrive in the years ahead.

So well done to everyone involved with DARC - a truly monumental achievement and one to be rightly and mightily proud of!