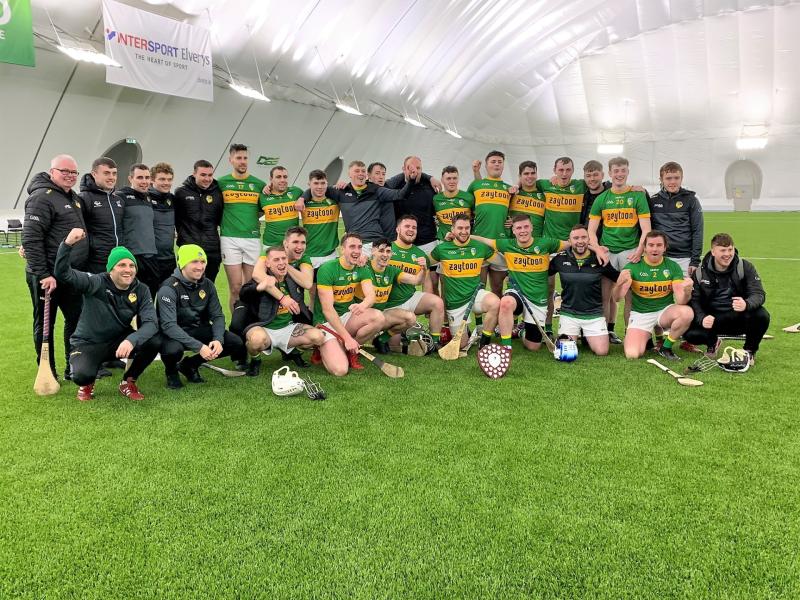 Leitrim actually led by 12 points 20 minutes into the second half, having led by just two at the halftime break but this was no smash and grab raid - it was a performance full of skill and confidence that left an admittedly wasteful Mayo wondering what went wrong on the night.

Mayo may have been without their Toreen contingent but Leitrim made eight changes from the team that lost to Roscommon on Wednesday and were still without Stephen Goldrick and Gavin O'Hagan yet it made little difference to a display full of character and passion with Karl McDermott, Gavin O'Brien, David McGovern, Paul Lenehan and Murray excelling on the night.

Murray, a grandson of Leitrim footballing legend Josie Murray, has made a huge impact for the hurlers, his pace skinning the Mayo defence time and time again while the accuracy of the Round Towers clubman is a massive boost for the county hurlers as they target glory in this year's Allianz NHL Division 3B campaign and the Lory Meagher Cup.

In contrast with Wednesday's encounter with Roscommon, it was Leitrim who got off to the better start despite James Gallagher getting the first score for Mayo from a free. A point apiece from new recruits Joe Murray and Sean Markham got Leitrim going and when Jamie Ward's long delivery found Murray in behind the Mayo defence, the Dubliner made no mistake with a classy finish.

Gallagher and Ryan Butler swapped points with another new boy Senan Keane and Murray but three more points from the Round Towers man had Leitrim six points clear after 14 minutes.

Mayo's response either side of the first water break was impressive and ominous as they fired off eight unanswered points from Adrian Phillips (5), Paul Kirwin, Gallagher and Matthew Walsh as their ability dominate from their halfback line saw Leitrim struggle to win primary possession.

Sean Markham stopped the rot with a point before Murray and Gallagher swapped scores. Murray and Karl McDermott tapped over free to edge Leitrim back in front before Ryan Butler fired over to tie the scores. However, Leitrim were on a roll and despite another Gallagher score, three Murray points before halftime, two from play, gave Leitrim a deserved two point halftime lead on a scoreline of 1-14 to 0-15.

After experimenting in the first half, both sides brought on more established players for the second half with James McNabola, Martin Feeney, Conor Hackett and Cian Mallon coming on for Leitrim and it was McNabola who provided Leitrim with the perfect start after Leitrim turned over the Mayo defence in the corner and the Eslin man soloed in to slam the sliothar to the net! 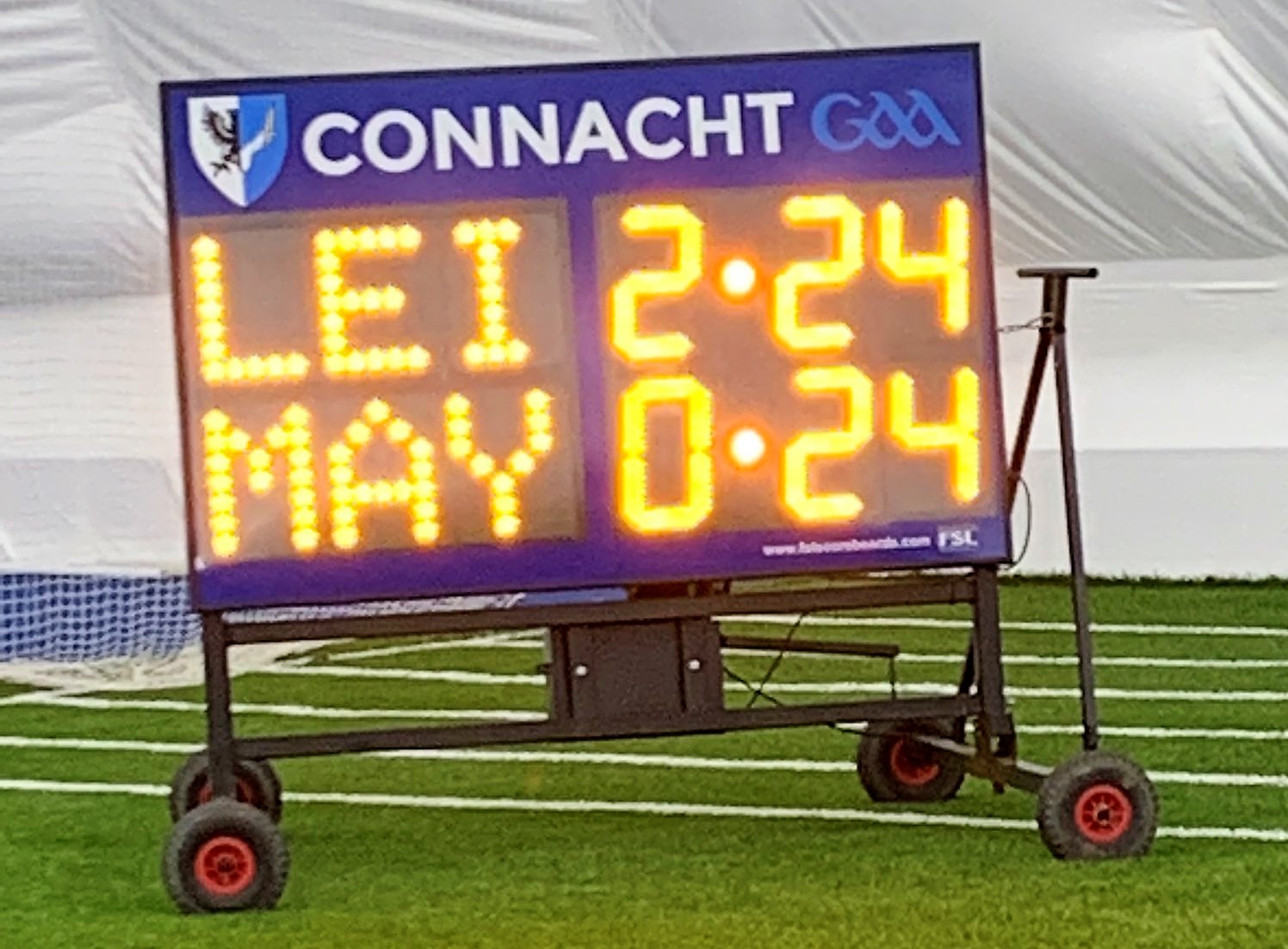 Leitrim's lead was now five points and despite another James Gallagher free, Leitrim were in flying form as they rattled off points from Murray (3) and McNabola before the Mayo man scored again. It proved a temporary respite as Murray and McDermott both landed two apiece to leave Leitrim 12 points clear with less than 15 minutes of normal time left.

Mayo would rally down the home straight but they could never breach a Leitrim backline where David McGovern, Kevin Clerkin and Paul Lenehan were outstanding. They did outscore Leitrim seven points to one, McDermott Leitrim's only scorer but despite points from Butler, Keith Higgins, Philips and Keelan Gallagher, they were never able to threaten the goal they so desperately needed to rescue the game.