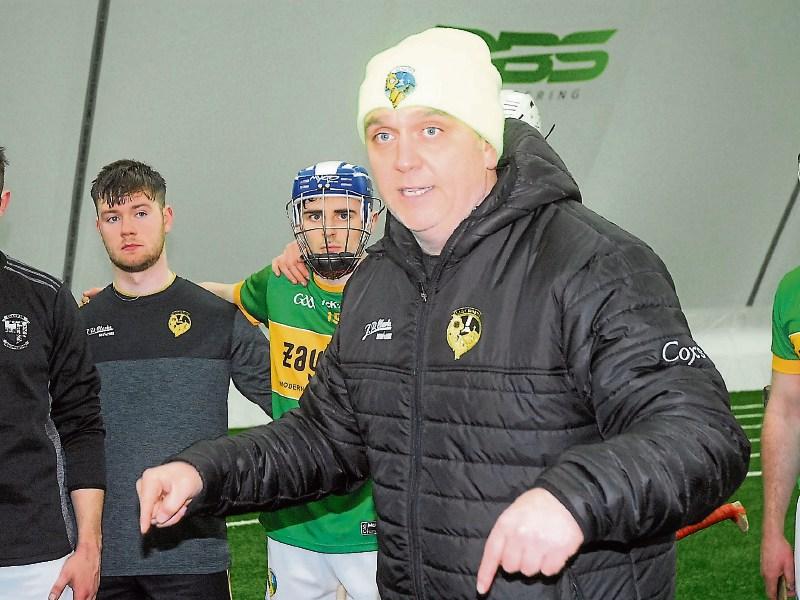 Olcan Conway addresses the Leitrim players after the victory over Mayo in the Connacht League Shield Final Picture: Willie Donnellan

You’d have thought Olcan Conway would have been jumping for joy after last Friday’s historic victory over Mayo but the Leitrim manager stressed that his side are still very much “a work in progress” and there is more to come from the hurlers.

“We’re a work in progress, we’re only getting going now and we’re laying the foundations of what we want to do,” said Olcan, “We want to improve game on game, we probably improved a bit since Wednesday and the next day we go out, we want to improve again - the curve has to keep going upwards.

What pleased Olcan was the strength in depth displayed by his squad: “We made eight changes from Wednesday night to the starting 15 and we wanted to make changes because the lads on the bench are working just as hard as the lads who started the last day. We knew they would come in and do a good job and they did, they worked extremely hard.

“Nobody will be sure of their place going forward and that is the good thing. We have a lot of lads around the same level, there is very little difference between. We don’t have a big panel, it is only 26-27 players but they are extremely committed, they are working very hard this year and hopefully come May time that is when all the work will pay off.”

Adding to the strength in depth is the addition of Joe Murray and Olcan is delighted with the impact the Round Towers clubman has made: “Joe would be a relative of my wife, I’ve been trying to get him the last couple of years and this is the first time I managed to sweet talk him into pulling a Leitrim jersey on but he is delighted to be in.

“Such a good, genuine lad, buying into everything we are trying to do and he has just fitted right in with the lads straight away. But it is not hard to do that with this Leitrim team, they are good genuine men - anybody who wants to come in and pull on a Leitrim jersey and work hard will be welcome all the time.”