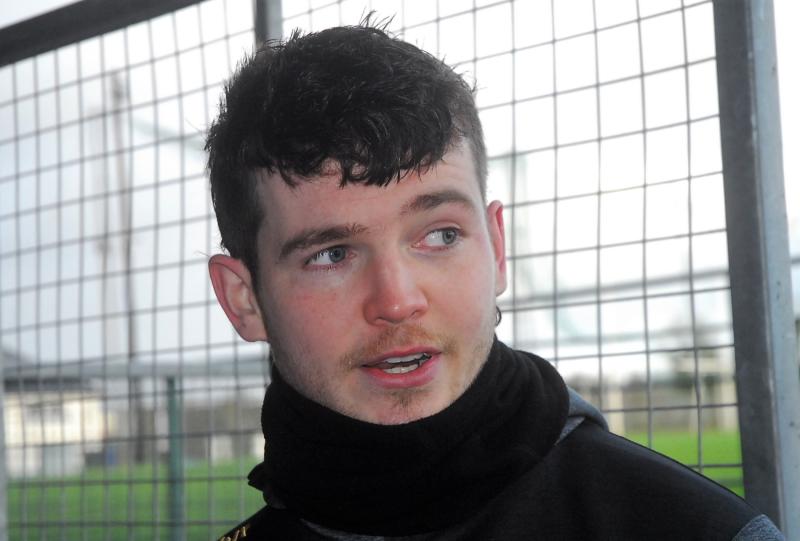 Hard to know what to feel when you captain your County Senior team for the first time in Allianz League action but suffer defeat at the same time but new Leitrim captain David Bruen felt that there were positives for his team to take from the loss to Cavan.

Cavan won the Allianz Division 4 clash in Avant Money Pairc Sean Mac Diarmada by four points and the Leitrim captain felt the Breffni’s ability to convert their chances in the first half was the big difference on the day: “I thought we played well enough. I suppose they took their chances in the first half when we probably should have been going in a few points up with the wind.

“We had them down the stretch for the last few minutes, we created a few goal chances in the first half, we had one in the second but towards the end, we were hoping we could have got it back level but it wasn’t the case. There are positives to be taken from today.”

The tough conditions with driving rain and cold meant it was difficult for both teams to display their best ability but David felt the physical condition of the Leitrim players stood up to the challenge: “It is January so you are going to be expecting that, you’re not going to be playing in the Dome every week.

“We knew it was going to be like that. The pitch, to be fair, wasn’t in bad condition for the time of year but it was heavy going. We’ve been working on our conditioning and our fitness and I think we did fairly well but we just needed to push on a bit there towards the end.”

The impact Andy Moran has made on this Leitrim team is clear to see and David is already looking forward to next Sunday’s clash with Tipperary: “Andy has brought a freshness in with the management team, a few more lads in who haven’t played last year so that is driving the thing on but it is disappointing that we didn’t get a result but we move on to next weekend.

“It is another Division 2/Division 3 team that are down in Division 4 but if we want to test ourselves, we need to be playing the likes of Cavan and Tipperary so we’ll drive on.”

As for the honour of captaining his county, the first player from Leitrim Gaels to do so, David admitted he got a huge response when the news was announced on Thursday but he tried to keep his feet on the ground ahead of the game.

“Got a lot of texts but I kinda tried to stay away from social media for the few days running up to the game, I just wanted to focus on the game. It was nice to get the captaincy, I’ll take it. The club was only founded in 1997 so it is a proud day for the club but the main thing was to try and get the win.”

Leitrim supporters wanted for a Trip to Tipp!