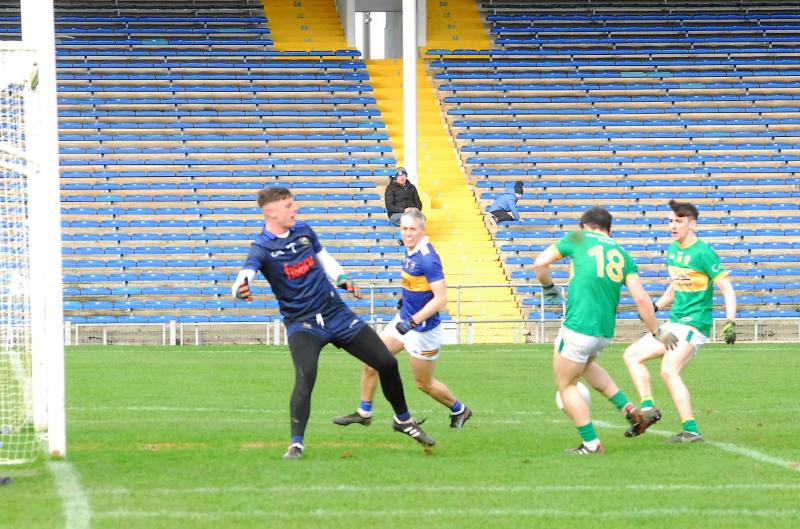 Leitrim footballers claimed their first win at senior inter-county level since March 2020 as they turned in a superb power-packed display to outfight, outplay and overwhelm 2020 Munster champions and Allianz NFL Division 4 promotion favourites Tipperary in FBD Semple Stadium on Sunday.

Backed by a vociferous and almost exclusively band of Leitrim supporters in the famed home of hurling, Andy Moran picked up his first win as Leitrim manager with a display of powerful, attacking football that grew in confidence as the game progressed.

Backed by superb displays from Keith Beirne, sub Tom Prior, Pearce Dolan and Mark Plunkett, Leitrim were the vastly superior team as they harried Tipperary to distraction and played with a clear eyed intent in attack that the home side were unable to match.

Yet it might have been so much different had Brendan Flynn not made a superb saves with the sides level just as the first 35 minutes were almost up, his stop from Sean O’Connell an absolute turning point in this game.

After their close escape, Leitrim would hit three huge points, one from Mark Plunkett and two from the deadly Keith Beirne to give them a three point lead going into the halftime break, not exactly a huge lead having played with the strong wind at their breaks in the first half.

But then sub Tom Prior burst into life, grabbing a crossfield pass from Keith Beirne to cut past the flailing Tipperary defence before finding James Rooney on the edge of the square and the Glencar Manor finished from close range to ignite Leitrim’s performance.

Leitrim would add four unanswered points to go ten points clear as they bossed virtually every sector of the field. A Conor Sweeney goal on 56 minutes stalled Leitrim’s momentum and when the former All-Star added a second goal five minutes later, nerves started fraying among the Leitrim supporters.

But they need not have worried, for Leitrim broke up a Tipperary attack and counter-attacked at pace with Riordan O’Rourke feeding Prior who buried the ball past Tipperary netminder Evan Comerford to seal the victory. 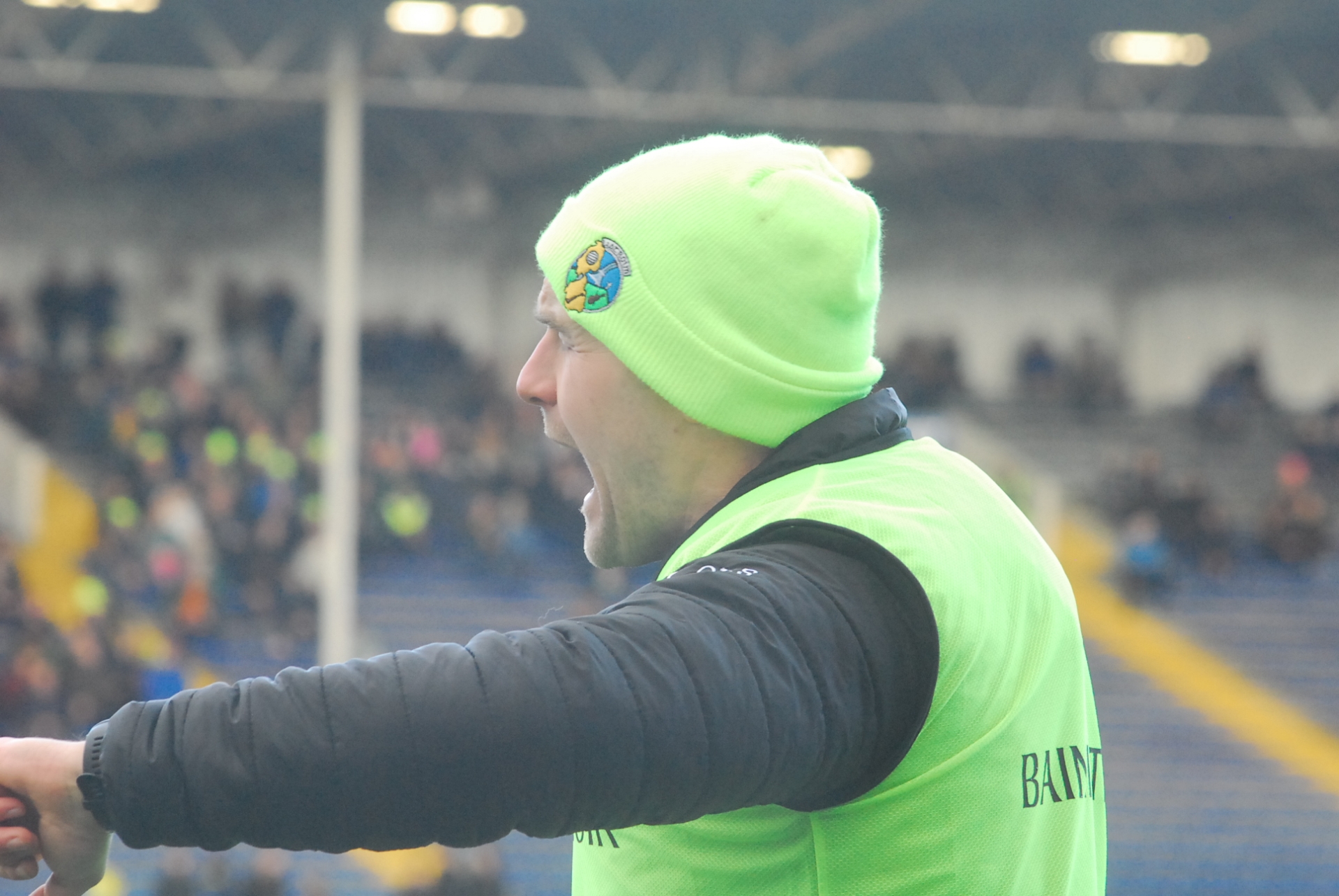 Prior’s directness and ability to evade the Tipperary defence was the final piece in a dominant Leitrim jigsaw and once he set up Rooney’s goal, you could see the confidence ooze from their Leitrim team as every single player seemed to run at least a yard faster.

Prior’s introduction also saw Ryan O’Rourke move into the wing-back slot and it seemed to give added impetus to the Fenagh St Caillin’s man as his surging runs and sheer pace punched holes in the Tipperary defence repeatedly in the second half.

You’d have never thought either team would score 2-8 let alone 2-16 early in this game as both teams struggled to penetrate or find a rhythm. Sean O’Connor opened the scoring for Tipperary on three minutes before two Beirne points, one from a free and the other set up by good work from Fenagh’s Donal Wrynn and Riordan O’Rourke, gave Leitrim the lead.

Conor Sweeney and Beirne swapped frees before Riordan O’Rourke fired over after another Tipp move was intercepted. Two Sweeney frees in the space of two minutes put the home side level before Beirne and Sweeney, from a mark, swapped scores.

Just before halftime, Sean O’Connell burst through the Leitrim defence and shot powerfully but Brendan Flynn narrowed the angle by coming off his line very quickly, making a great save which eventually led to Mark Plunkett setting up Beirne for a good point.

Leitrim were very fortunate to win a free after Pearce Dolan slipped going for a long ball, Beirne converting the free and Leitrim’s powerful finish to the half was completed when Plunkett scored a wonderful point from the corner to give Leitrim a 0-8 to 0-5 halftime lead.

Pearce Dolan forced a turnover which led to a foul on Darragh Rooney, the free converted three minutes in by Beirne before Sweeney hit back with his own free.

The crucial score came six minutes into the second half when Beirne’s crossfield ball to Prior saw the Ballinamore man cut through on goal before feeding James Rooney for the close range finish, a score that transformed the game.

Ryan O’Rourke scored a great point after a wonderful sidestep, Beirne added a free before Tom Prior point after good work from the Mohill man. Riordan O’Rourke added a lovely point as Leitrim now led by ten minutes midway through the second half.

Conor Sweeney’s goal, set up after sub Paudie Feehan worked the ball to his teammate was a wrinkle but Pearce Dolan soothed Leitrim’s nerves with a good point on 58 minutes. However, when Sweeney got a touch on a high Sean O’Connell delivery, the ball somehow bouncing into the net, Leitrim fans started to get a little nervous but the next score was the perfect response, Tom Prior cutting through to blast to the Tipperary net and that was that.

Both sides would score two further points apiece - Sweeney and Evan Comerford from a fifty for the home side while Tom Prior and Riordan O’Rourke both added a point each to complete a brilliant day for the Green & Gold.