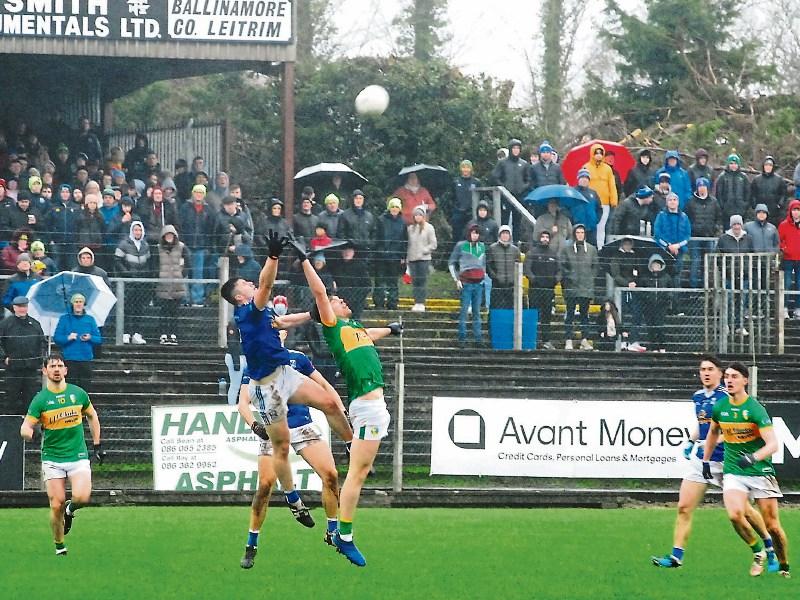 Positives are always there, even in defeat, if you want to find them. Sometimes, after a bad performance, they are a little harder to find if you are a coach, you have to dig down, parse what happened on the field or track or court and come up with some little nuggets to give your athlete hope that they’re headed in the right direction.

Andy Moran doesn’t have to work too hard to find positives right now as Leitrim fans left Avant Money Pairc Sean Mac Diarmada basking in the warm glow of a positive display against Cavan, a performance that while not perfect hints at possibilities to come through the rest of the League.

The danger for the positive thinker in coaching circles comes when tangible progress doesn’t match the rhetoric, then the Gaelic games community quickly brands you a bluffer and moves on - nobody is more ruthless when it comes to demanding substance over ideals than the current generation of inter-county players.

The mental side of the game was always there but now we're embracing it more openly. John O'Mahony's secret weapon “Bill” was invaluable back in the early 90s but all teams now have a performance coach and a psychologist on call. Yet you can only draw inspiration from a symbol or slogan or a secret collection of letters on your jersey so many times before you actually have to deliver.

Dublin's Blue Book rightly became the object of ridicule, Armagh's Orange Book is respected but then, Joe Kernan's men won the All-Ireland and it is winners who write the history. A case in point was the famed “Believe” banner that used to pop up for Leitrim games. Its original intention was sound, to inspire players to believe that they were just as good as their opponents from Galway, Roscommon and Mayo, to give them that extra mental edge in pursuit of victory.

But the longer Leitrim went without the much needed breakthrough, the more I came to see that “Believe” as almost a white flag of surrender, a plaintive plea of hope rather than a firm conviction that it could be achieved.

Sport, and life to be honest, just doesn’t work that way - no matter how much you believe, the athlete needs to see results. It is like the proverbial Chicken and the Egg - which comes first, success or belief? Terry Hyland’s first year with Leitrim was ample proof of just that - Hyland brought a fresh approach to the Green & Gold, a blunt honesty coupled with a belief of what could be achieved.

The 2019 League campaign illustrated what can be achieved if you can get that first breakthrough performance as win built upon win, performance fed belief and belief boosted performance. The mental side of sport has never been more important but nothing, and I stress nothing, engenders belief more than actually doing something.

The signs so far are more than good - Leitrim didn't beat Cavan last Sunday but it is plain to see that the Leitrim players and the Leitrim public, are buying into Andy Moran’s relentless positivity, a positivity that from the evidence of last Sunday has quite a good bit of substance behind it.

The performance wasn’t perfect but at its heart was a clear game plan, an added physicality to the players and a structure to what Leitrim were trying to achieve. Not everything came off on the day but as Mike Tyson famously said, everyone has a plan until they get hit in the mouth but there were real signs of progress.

Conditions made executing the game plan that bit more difficult and there are a obvious areas for improvement, improvements that will make Leitrim 2022 a good deal harder to play against and to beat. Cutting down on scoreable frees for the opposition, a better scoring return and eliminating kickouts going across the sideline are three that immediately spring to mind but the conditions players endured last Sunday probably had an effect on all three of those areas.

What really struck home is that there seems to be a harder edge already to Andy Moran’s team, not only physically but also a more abrasive edge and spikiness that saw Leitrim eager to take the battle to Cavan players in every way. Moran's loud, vocal presence on the sideline undoubtedly transmitted urgency and energy to the Leitrim players who very definitely responded.

The new Leitrim manager clearly went for speed and mobility as his first team selection screamed pace in every line of the field, players picked who are able to cover ground at speed and once the ground starts to harden, I think we’ll see much, much more from this outfit.

But Moran will know better than anyone that good performances must lead to good results and he is already stressing consistency as the key ingredient. It was notable how he talked of watching back last year's League games and how Leitrim were the match of anyone when they hit form for 20, 25 minute spells - the former Mayo star can see the potential and ability there, it is just delivering that on a more consistent basis.

And that is the lesson - Cavan were that bit more measured and clinical in what they did. They were able to respond to whatever Leitrim threw at them but the Green & Gold may not come up against a team of their calibre for the rest of the League even if Division 4 seems to be at its strongest for some time.

London's eye-opening come from behind win over Carlow, Sligo beating Wexford away from home and Waterford unlucky not to beat Tipperary suggest that there are going to be quite a few twists and turns before this League is over.

Luck will inevitably plays its part too - you wonder how 2021 might have gone for Terry Hyland had we been included in Division 3 South rather than Division 3 North but the 2022 edition of the Leitrim Senior footballers already looks a different beast and that is real progress.

Tipperary don't seem to be going as well as you'd expect and a win in Semple Stadium would get Leitrim up and running once more. All we need now is the performance to go with the belief because the belief is growing!