Leitrim hurlers off to a flying start with comprehensive Lancashire win 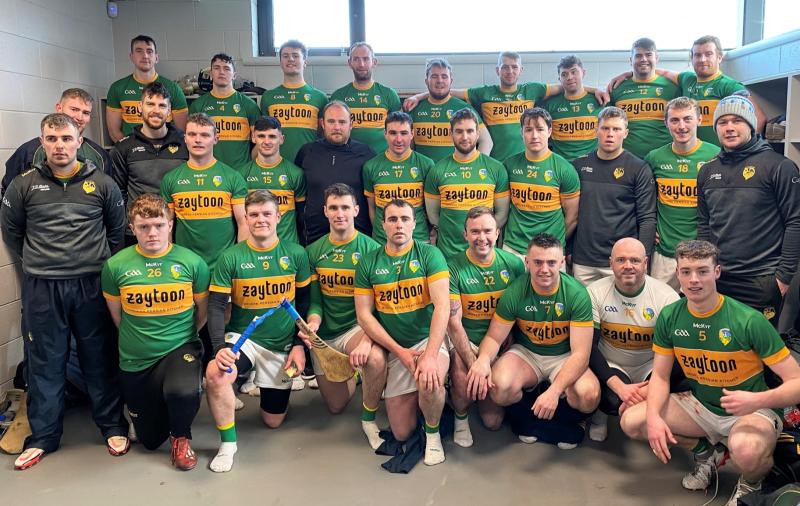 Leitrim hurlers got their Allianz NHL Division 3B campaign off to a fantastic start when they overcame a stubborn Lancashire to record their first win in over a year at the Sport Campus Ireland GAA Playing Fields at Abbotstown last Sunday.

The hurlers had gone into the game with some expectations after their Connacht Shield Final win over Mayo but Sunday’s game was anything but a foregone conclusion as Leitrim only led at halftime by a point, having seen Lancashire race into a six point lead early in the game.

However, even without the presence of manager Olcan Conway on the sideline, the hurlers were able to work their way back into the game to lead by a point at the break before they pulled away to a comprehensive win over the second half.

Selector Alan O'Shea, standing in for the indisposed Olcan Conway, was pleased with Leitrim's convincing win at the end but he fully accepted at the beginning “it was very difficult weather conditions – there was a strong wind in both halves and a good shower of hailstones at the end” he explained. In fairness the boys stuck to their task in the first half.

"In the first half we probably didn't play to the best of our ability but in the second half, the boys went out and did what they do best, played hurling. Lancashire got out of the blocks a lot quicker than we did. It took us ten to 15 minutes to get our minds set on the game. It took us that amount of time to get a handle on Lancashire and to get on top. When we did get on top, we stayed on top and pulled away at the end.

“Gavin O'Hagan kept us in the game in the first half when scores were hard to come by. We had a lot of wides and we just couldn't get a handle on the wind. But the boys still stuck to their task. In the second half we pulled away a bit when we started playing hurling. The game opened up a bit and the goals came a bit easier for us than we anticipated.”

The Leitrim hurlers will now enjoy a few weeks break from competitive action before they resume their campaign with a bang, as they face games on the trot on three successive weekends against Fermanagh, Cavan and Longford.

Leitrim were boosted by the return of Stephen Goldrick and Gavin O'Hagan with the Cluainin hurler making a big impact with 11 points on the day, seven from frees.

Senan Keane opened the scoring with a point for Leitrim four minutes into the action in Abbotstown. Soon after that Lancashire levelled when David Power split the Leitrim posts. Power's point initiated a purple patch for Lancashire after which they went on to grab a six point lead.

Johnny Connolly fired over to put Lancashire ahead and added another point shortly after. The Exiles were in control in nearly the sector of the field now and David Burke fired to the Leitrim net to consolidate their position with Jordan McAllister adding a point, to leave Leitrim trailing by six points as the tenth minute of the action approached.

Leitrim, however, started to find their feet and hit eight unanswered points to get on level terms by the 23rd minute. James McNabola led the Leitrim surge when he hit over a well taken point on the ten minute mark.

The Leitrim lead was short lived as Lancashire's Jordan McAllister crashed the ball to the net to put his side ahead by a point. Leitrim fought back determinedly to regain the lead thanks to James McNabola who fired over a levelling point and Karl McDermott who tapped over a long range free that gave Leitrim a 0-11 to 2-4 interval lead.

Leitrim stretched their lead with another O'Hagan point after the restart and a 39th minute goal, which James McNabola buried to the Lancashire net put his side on the road to victory.

David Power answered with a Lancashire point but goals from McNabola, sub Diarmuid Kelleher and Martin Feeney, as well as three more O'Hagan points along with a point from Conor Hackett, ensured Leitrim got their Allianz League campaign off to a winning start.

The Lancashire cause wasn't helped when left-half back Stephen Nugent was dismissed for a 58th minute second yellow card offence while prior to that in the half team mate, Brian Slattery, as well as Leitrim's Sean Markham also saw yellow.

The Exiles finished with a little bit of a flourish when the industrious David Power hit a late point near the death.