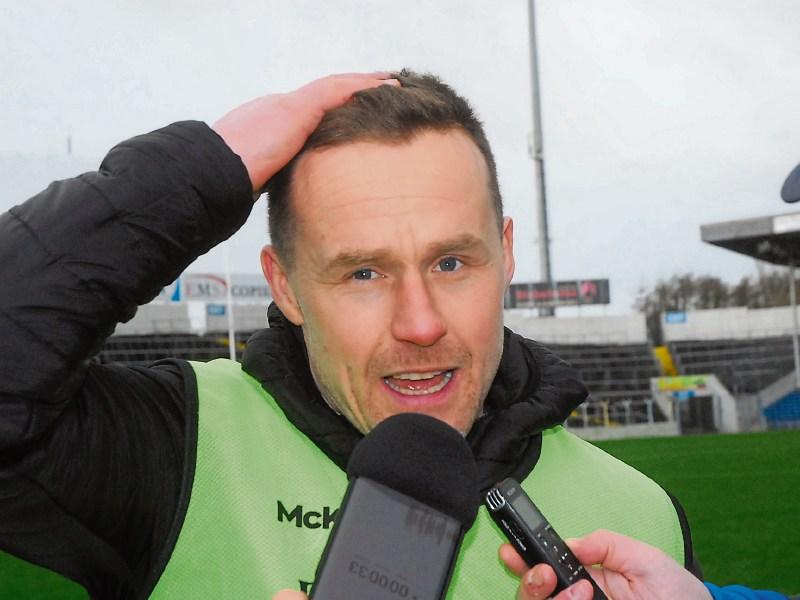 Belief may be starting to flow through the ranks of Leitrim footballers but for manager Andy Moran, the immediate future right now is all about New York and London and for two very different reasons.

London are next up for the Leitrim in the Allianz League but before then, Moran will join County Board Chairman Enda Stenson and Treasurer Martin McCartin for a trip across the Atlantic to meet up with the Leitrim supporters in the Big Apple who have done so much to support the county’s teams.

And it is obvious that the Leitrim manager is looking forward to the trip: “There is a bit of energy around the Leitrim people right now with the 50 mile walk, the way we’re playing. I’m going with the County Board to New York on Thursday, over to Seamus and Catriona Clarke to launch the new McKeever jersey so there is energy there.

“When you have people ringing from New York for us and the County Board to go out, isn’t it great to see that energy in Leitrim football.”

New York is the immediate destination but London is looming on two fronts, the League meeting on February 20, and then the Connacht Championship clash in McGovern Emerald Park in Ruislip on Easter Sunday.

The former Mayo star betrayed only the slightest hint of surprise when informed the Exiles had picked up their second win before quickly saying, “It is great, they are going in with huge energy, two from two, we’re going in after winning this game.

“Two confident teams, isn’t it great we kinda get to see who we get to play in a couple of weeks time and they’ll have no fear after beating Waterford and Carlow so they’re going to take huge confidence into it.”

So much so that Moran believes nobody can take anything for granted in this year’s Division 4 campaign: “Our key thing is that we’ve played Cavan, we’ve played Tipp, we have to keep that level of performance up and if we don’t, London are going to be sitting there waiting for us.

“It's fair to say that Cavan will probably have seven from seven so it is going to come down to the last couple of games.

“You’ve seen Division 4, it is up and down, teams are there because that is where they should be, that’s the League, you have to work your way out of it, the same with Cavan, same with Wexford, same with Tipperary - we’re no different. It is very open but we will take it one game at a time.

“We’ll take London on their merits in two weeks time and we’ll see where we go from there.”