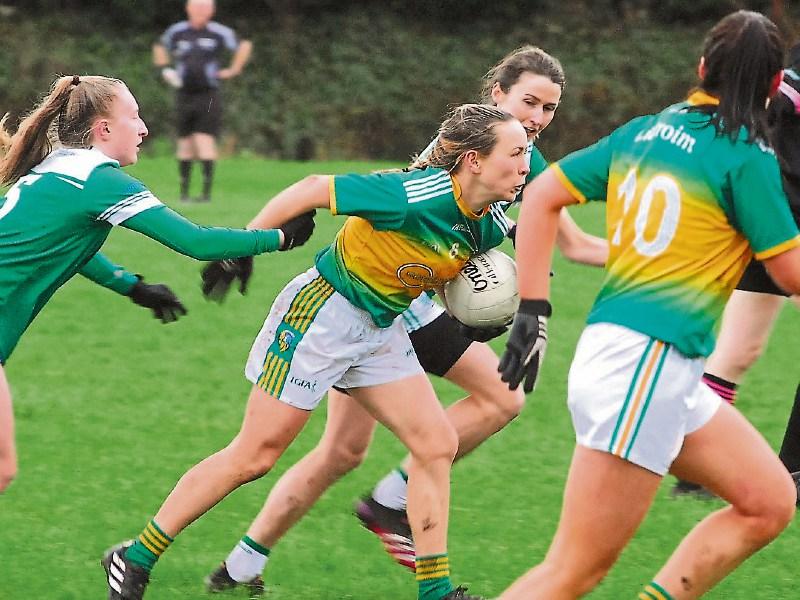 The GAA world is all set for a radical shake-up in the coming weeks, one that many have been campaigning for and protesting about for years but I'm not exactly sure if the proposed changes are going to have the effect that they are hoping for.

Our attention right now is more focussed on the meeting of Andy Moran's Senior footballers with London on Sunday followed up by a trip to Dungarvan the following week while the hurlers are eyeing League glory. But it is happenings off the field that may shape not only Leitrim's future but the entire GAA's future for years to come.

The 2022 GAA Congress in the NUI Galway Connacht GAA Air Dome is set to make some pretty significant decisions regarding inter-county football competition structures and the thorny subject of coaching funding. Both are emotive, hot topics right now and probably emotion is winning the debates right now.

First up, the GAA Inter-county football structures badly need to change and change quickly if less successful counties like Leitrim are going to persuade young men to continue giving of their time and sweat in the pursuit of glory. Anyone reading this column knows my feelings on that score but as much as there is to admire about the favoured “Green Plan”, I'd have a few significant reservations too.

The almost fanatical desire to keep the link to the Provincial championship will lead to some rather obvious inequality - even if it suits Leitrim from time to time!

Under the Green Plan, Division 3 & 4 counties in Connacht and Munster have a far greater chance of qualifying for the Sam Maguire competition if they are lucky enough to get a handy draw.

Imagine the scenario if Leitrim, London and Sligo are drawn on the same side of the draw in Connacht with one of those teams guaranteed their place in the race for Sam? Or what about down south where Waterford, Limerick or Tipperary could skip their way into a Munster Final, as the Premier men did in 2020, by playing each other and a place in the Sam Maguire final 16?

Compare that with Leitrim's immediate neighbours in Ulster - Fermanagh, Donegal and Cavan could find themselves in Division 3 or 4 but they have no easy escape via the provincial championship into the Sam Maguire competition. And with the minefield that is Ulster, that goes against any notion of competitive fairness.

Our friends in Longford fare no better - qualifying for the Leinster Final for them means playing three games to reach a provincial final while, if the schedule and the draws conspires for it, Leitrim and Sligo could face each other in a Connacht Semi Final to reach the race for Sam. That's hardly a level playing ground now, is it?

But something needs to be done - I thought the so-called red plan, the plan that was defeated at the Special Congress last October, was a worthy effort but it didn't get the 60% support needed. Yet, I believe that within 20 years, that structure is what we will have as we cannot justify the increasing demands placed upon players and the enormous fundraising it takes to compete at the highest level.

The competition structure is the sexy, eye-catching motion but the debate over funding for coaching, particularly in Dublin, could prove the law of unintended consequences and hit Leitrim very hard in the process.

John Connellan's motion for coaching funding to be based on a county's membership registration would almost half the amount of funding Leitrim GAA receives from Croke Park according to 2019 figures. Leitrim received €157,019 in funding in 2019 but were Connellan's motion in force, that amount would have been reduced to just €87,350.

The GAA, looking again at the bigger picture, rejected Connellan's proposal, one that seemed to be designed mainly to cut Dublin's funding under the scheme. The Dubs would go from €1,377,630 to €877,128 under that proposal but fair to say that Leitrim's drop of €60,000 would be proportionally far more significant given the scale of the greater resources available to the Dubs.

Of course, something must be done about the disproportionate funding for the Dubs, funding that had it's genesis in the deal was struck back in the early 2000s when the GAA got a huge grant towards the construction of the brand new Croke Park.

However, Croke Park's proposal released in recent days carries its own dangers for counties like Leitrim. The new funding model would see a county's funding split into two sections, 75% “base level” funding and 25% “special projects” funding. The danger comes for Leitrim comes in the base level funding which will be calculated by 60% for player numbers; 25% for the number of clubs and 15% for participation rates.

Fair to say that Leitrim, with the smallest population in the country and the lowest number of clubs per county, would lose out big time and given the smaller numbers involved, participation rates are going to be particularly helpful to Leitrim's cause either.

The Special projects funding might be some help but given that it can only make up 25% of a county's coaching funding, it's fair to say that the law of unintended consequences means that the efforts to solve the Dublin funding conundrum will hit Leitrim, the county so many profess to care about when bemoaning the inequalities of the GAA world, just as hard as the capital.

Fair to say that I'm one of those people obsessed by sport but it all gets put into context when you hear of families losing their loved ones. The McWeeney family in Aughnasheelin, the Doyle family in Kiltubrid and the Corcoran & Mulligan families in Carrick on Shannon suffered an incalculable loss over the past week with the passing of Seamus, Edmund & Michelle. Words of consolation seem hollow at a time like this but all I can say is that they are all in our thoughts at this sad time. May they all Rest In Peace.