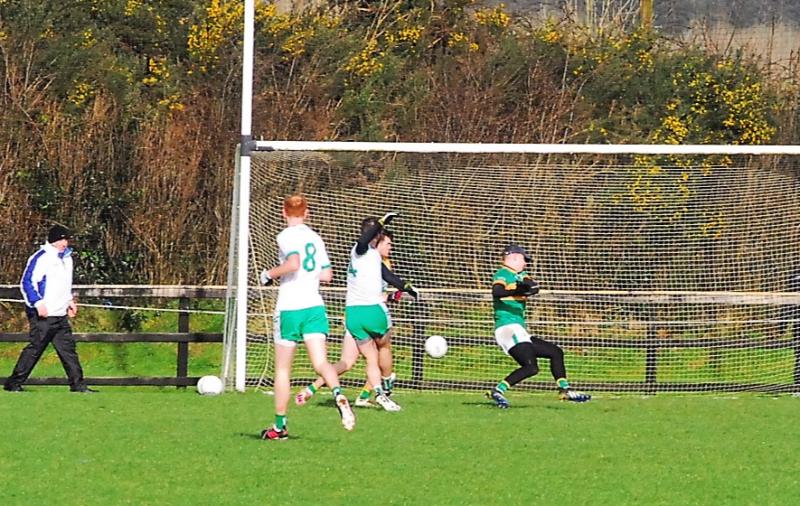 After the superb victory over Tipperary in Thurles, Leitrim expected to continue their winning ways against their old foes and even with the loss of home advantage when Avant Money Pairc Sean Mac Diarmada was declared unplayable on Saturday, few expected that the Exiles would maintain their 100% start to the league.

Yet it was Michael Maher’s London who wrestled control of the contest away during the second half from the Green & Gold who led by four points four minutes into the second half.

But Leitrim were to score just one more point as they battled the conditions and a superb goal from James Gallagher with 12 minutes left in the half put London in front for the first time and despite fierce late efforts to rescue the game, the Exiles held on for their third win on the trot.

Leitrim had the chances to not only rescue a draw but to grab victory late on with Paul Keaney hitting the bar, Tom Prior seeing a goal shot blocked before Keith Beirne looked as if he was going to steal victory well over four minutes into added time when Ryan O’Rourke’s floated ball across the face of the goal found the Mohill man. 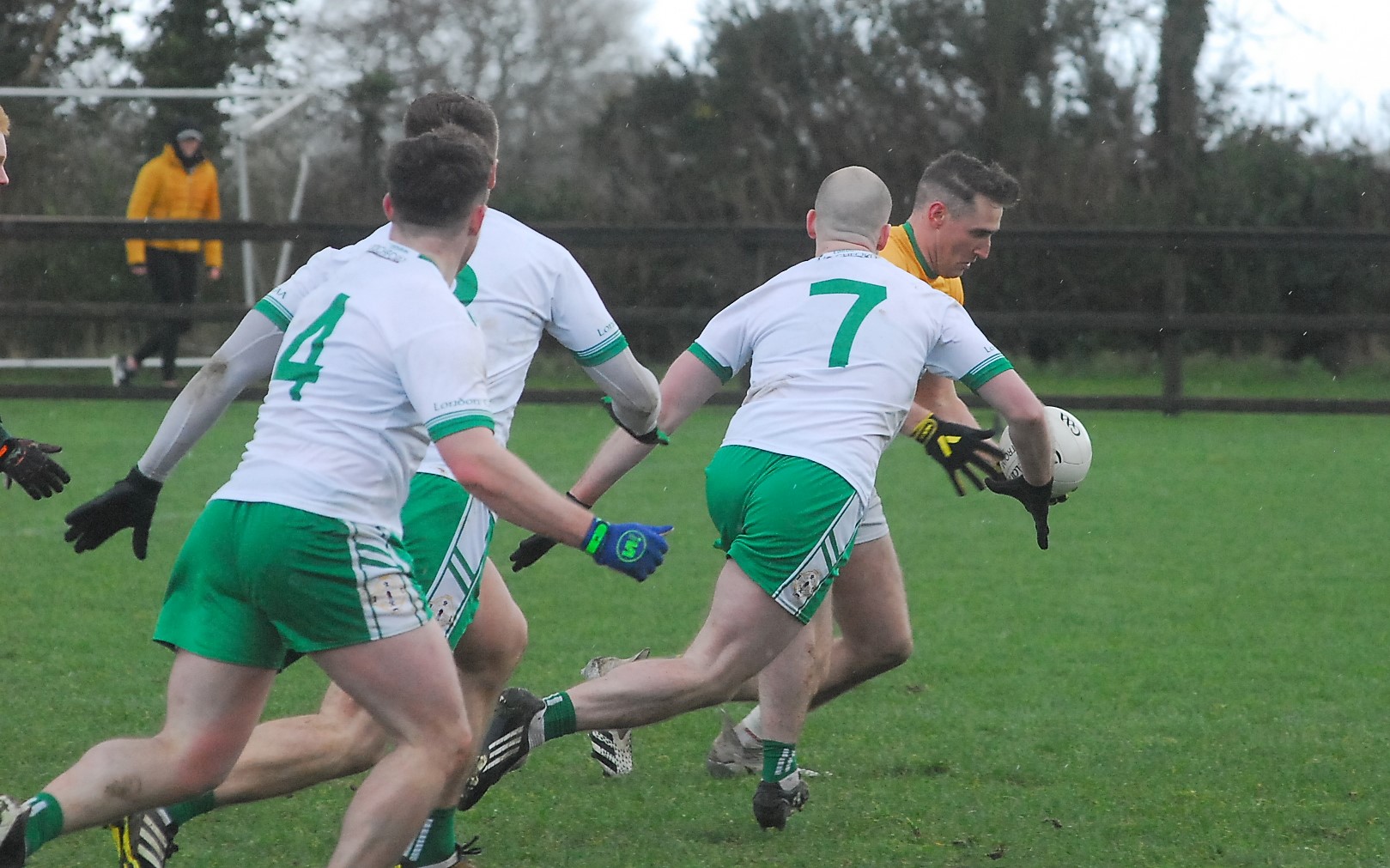 Unfortunately for Leitrim, Beirne blasted his shot wide from close range and the chance of a great escape was lost, rough as it would have been on the Exiles.

London’s victory was founded on some basic principles - domination of the middle of the park, intelligent and patient play and a disciplined massed defence that frustrated and hampered Letirim’s forwards time and time again.

Weather conditions obviously played their part - the mainly crossfield breeze did slant in Leitrim’s favour in the first half but Michael Maher’s superbly conditioned outfit were able to match the physicality, mobility and energy Leitrim deployed on the day - quite an achievement given how long they went without inter-county fare.

The defeat definitely damages Leitrim’s promotion prospects with London now four points ahead of them with four games to go. The Exiles have yet to play Cavan or Sligo but London now have the head to head advantage and they will only grow in confidence from there.

For Leitrim, the enthusiasm and momentum built by the victory over Tipperary has been punctured spectacularly as they now face a tricky trip to take on Waterford in Dungarvan next Sunday, a venue that has never been easy for Leitrim to come away from with a win.

Keith Beirne got Leitrim off to a great start with a point after just 20 seconds but it was almost so much more as his shot cannoned off the post. Ryan O’Rourke followed with a wide while James Gallagher was booked by Maggie Farrelly for a foul on Shane Quinn four minutes in.

Beirne’s ambitious high effort caught the wind and went well wide before a Quinn run down the wing released Darragh Rooney who almost got in behind the defence before he fired over the bar on eight minutes.

London were struggling against the wind but leitrim needed to make a smart block on James Hynes’ shot after a good run from Liam Gallagher. Mark Plunkett saw a shot deflected for a fifty which was played short but a foul on Pearce Dolan left Leitrim three clear midway through the first half.

The next score was huge for Leitrim and a calamity for Leitrim - a poor Leitrim pass on 19 minutes was intercepted and London broke. Brendan Flynn came well off his line to try and tackle James Gallagher but he got the ball to Liam Gavaghan who produced an exceptional finish from about 30 yards saw him defy the winds and the running James Rooney to find the net.

It was a massive blow in the context of the conditions but Leitrim responded with their best spell of the game - Ryan O’Rourke fired over a minute later before good work from Darragh Rooney set up full-back Mark Diffley for a point from distance. And when Keith Beirne fired over a free, London’s goal was wiped out.

London, however, almost broke through for a second goal but Brendan Flynn made an excellent save to deny James Gallagher a three pointer. Keith Beirne and Diffley missed chances before Shane Quinn used the wind magnificently to curl a long range shot over the London bar.

The last score of the half fell to London’s Conal Gallagher who scored a superb effort to leave Leitrim 0-7 to 1-1 ahead at the break although Mark Plunkett had a shot well dealt with by London keeper Noel Maher and Pearce Dolan had a bad wide. 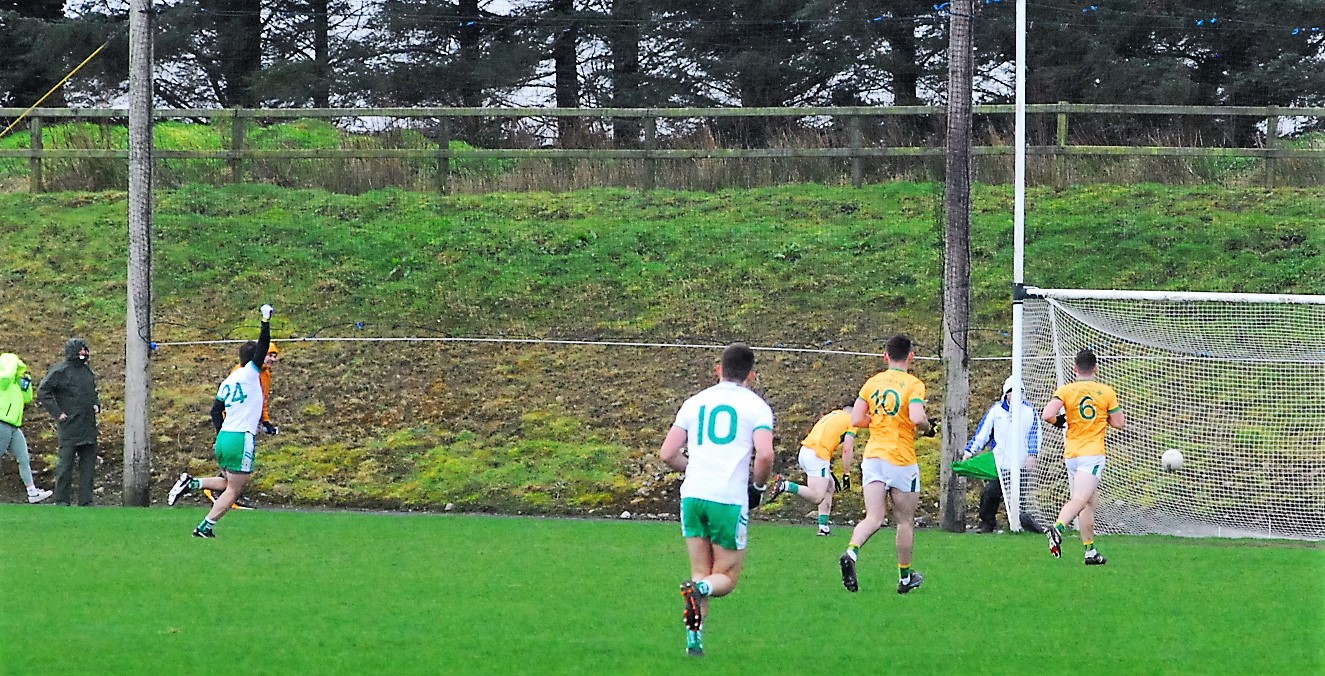 London had a shot cleared off the line before Keith Beirne twisted and turned to score a great point four minutes into the second half. But the Exiles began to control the game and two converted frees from keeper Noel Maher suddenly had Leitrim looking over their shoulder.

The gap was back to a point when Maher hit another free midway through the half but he missed the chance to draw his side level when he left a 54th minute free short.

And it looked as if Leitrim had weathered the London storm, to speak, when Dean McGovern’s brilliant run up the left wing two minutes later, beating three players in the process, before he set up Keith Beirne for a superb point had broken London’s resistance.

But the game was transformed just three minutes alter - Conal Gallagher did superbly to win a ball down the right wing before launching a long ball into James Gallagher, isolated one on one with David Bruen, and the powerful London forward held off the Leitrim captain before drilling the ball to the net!

Leitrim were now a point behind and London doubled their lead when Gavaghan scored a superb free into the wind with less than six minutes to go. Noel Maher had a chance to extend the lead but his long range free fell short.

However, Leitrim were struggling to make headway against London’s tigerish defence - Paul Keaney dragged a good effort wide, Keith Beirne did similar before Tom Prior saw a close range shot blocked with the ball break to Keaney but the St Mary’s man saw his effort hit the post and be cleared in the first minute of added time.

With four minutes of added time announced, London were able to repel all attackers until, nearly five minutes after the 70 had elapsed, Ryan O’Rourke charged up the right wing. His floated pass towards the goalmouth eventually fell to Keith Beirne who looked as if he might grab a dramatic match winning goal but the Mohill man perhaps put too much power into the shot, the ball flying wide as London held on to celebrate a famous win. 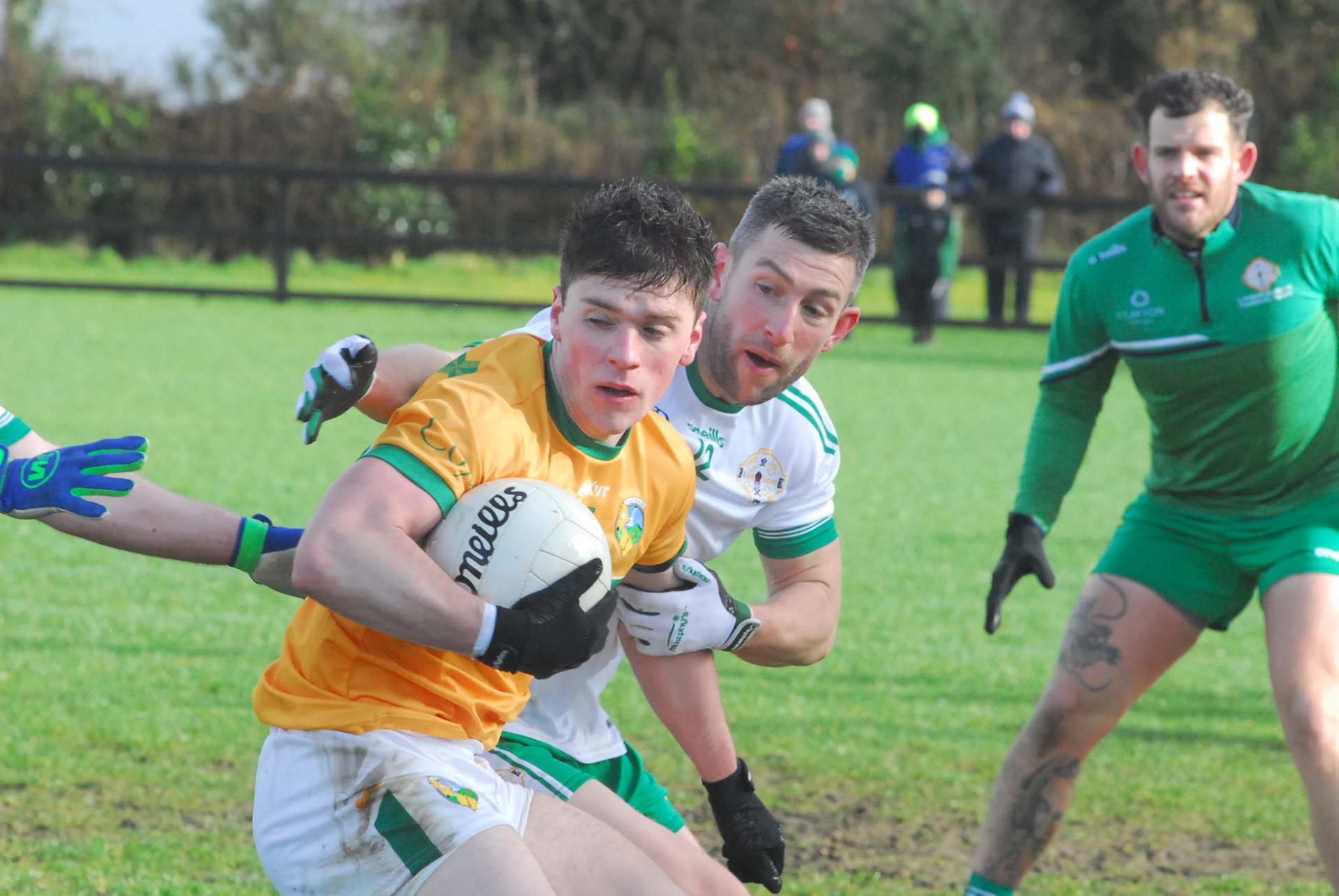