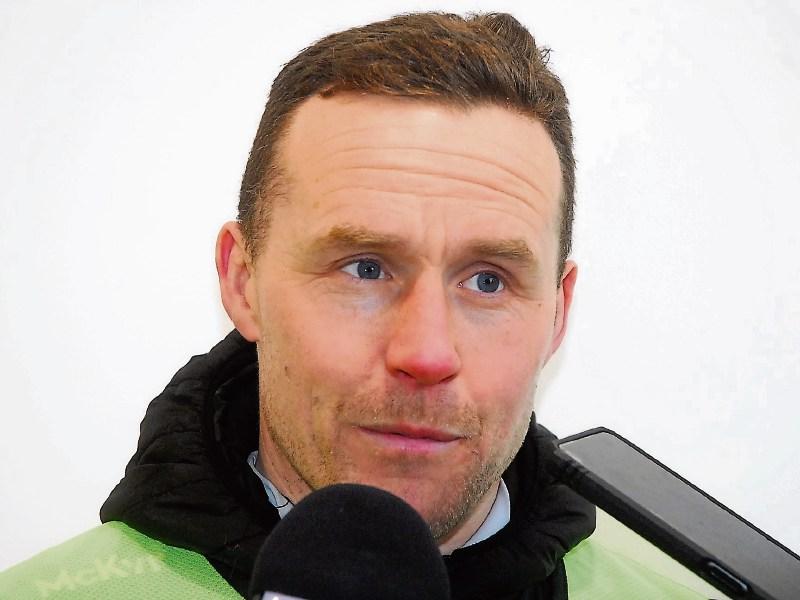 If you didn't know by now that Andy Moran plays a straight bat when talking about his team, then his refusal to proffer excuses for Leitrim’s two point loss to London last Sunday tells you all you need to know.

Asked about the effect of the awful weather conditions had on the game, the Leitrim manager was not inclined to make excuses re the weather or the pitch for his team’s loss: “The wind does make it hard but we live in Ireland and it’s February - this is League football.

“In championship, you will get men sent off, lads put off due to black cards, one of your star players injured but you have to deal with everything that is thrown at you. “Today, London dealt with it better than us. We need to get better, they were probably a small bit more experienced around it, we played a bit naive at times.

“But it is a learning curve for us as managers and as players - we went from the brilliant of Tipperary down to today. I thought there was good stuff in it but a lot of stuff we need to work on.”

Yet you sense that Moran’s positivity will be a huge asset as he spoke of rebounding after the disappointment of Sunday’s defeat: “We went to New York to launch the jersey and there was great excitement there. I think there still should be that excitement but a result like that today doesn’t help but we will go back, we’ll do our weights on Monday, we’ll debrief the game today and we’ll go again.

“There is no big panic - we play the same team in a couple of weeks in the championship and we need to be ready for that. The beautiful thing about League football is that you go again and we can go play and deal with the disappointment.

“We’ll deal with that today, it is over, its done and you move on and in seven days, you go again.”