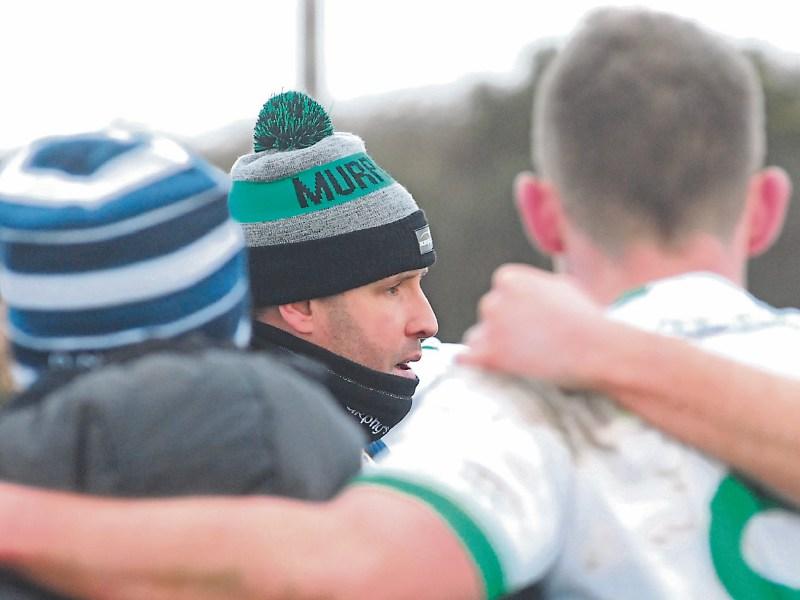 With many dismissing their initial victories over Waterford and Carlow, maybe London footballers will be regarded in a new light after their victory over London last Sunday. At least, that’s what manager Michael Maher hopes as his team upset Leitrim last Sunday.

On a day that revealed the character and superb physical conditioning of his players, Michael was naturally thrilled with his team’s 2-5 to 0-9 victory over Leitrim at the Connacht GAA Centre of Excellence and his words, allied with the team’s delight after the final whistle, amply demonstrated just what Sunday’s win meant to the Exiles.

“Over the moon,” was his initial reaction as the London manager soon added “The lads were absolutely fantastic, we gave everything, we emptied the tank and we got our just rewards, I felt we were the better team on the day.

“Leitrim are a seriously good team, that was a hard, hard game and it could have gone either way to be honest. We played the conditions very well and I am extremely proud of the lads to pull off that performance.”

Indeed, many may now regard London’s footballers in a different light: “We just look forward to the next game. I heard the Carlow manager in an interview after the game and said ‘we’ll wait to see how good London are’. He didn’t think we were worth the win that day but I’d like to get his reassessment of that win now.

“We love seeing that stuff and I think people’s opinions of us will change after this. We are a really good team, we’re an inter-county team in our right - I’m so proud of the boys but our focus is now on Wexford and that is it.”

“No fluke at all, great performance, we’ve got a good panel and lads came in off the bench and made a savage impact - I can’t speak highly enough of these boys. We just said there we’ve a no excuses culture in the group and one to 35 plays their part.

Michael’s belief in his team’s ability was evident in his decision to introduce three subs early in the second half, a decision that tilted the battle in his team’s favour: “Bringing on the three lads at the one time is a bold move but we wanted to win so why hold back when we’ve got great belief in one to 24, you’ve got to trust every man in the squad to come on and add something and they did that.”

London had heroes all over the field but Michael agreed that midfielders Stephen Dornan, Liam Gavaghan and keeper Noel Maher made vital contributions on the day: “Middle two and our goalkeeper had a huge part to play in today’s game, Noel’s kicking today in the first half was outrageously good.

“We cleared 50 metres on every kickout and he’s gone up and kicked three frees in the second half, that was hugely important when scores were hard to come by. It was a huge team performance but Stephen Dornan for me at midfield was outrageously good, he did so much, he was back on the goal-line there at the end, savage stuff.”

These teams meet in less than two months in the Connacht Championship in McGovern Emerald Park in Ruislip and it is evident that Michael’s team will have a warm welcome for Leitrim when they travel across the Irish sea: “Any team that comes to Ruislip will be in for a battle with this group of players, I can tell you that.

“This is a very good group of footballers, they are conditioned well, they are intelligent footballers and they are very, very committed lads, we saw that there today. They will put their bodies on the line. We love playing in Ruislip, a fine surface but we adapted very well to the conditions today.”