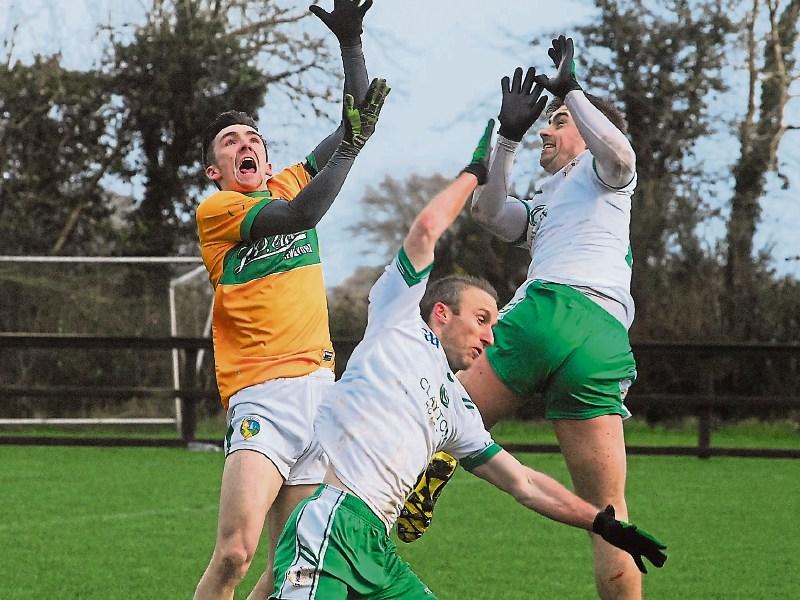 Tom Prior contests a ball into the London danger area with two defenders in last Sunday's Allianz NFL Division 4 clash in the Connacht GAA Centre of Excellence Picture: Willie Donnellan

Leitrim's footballers got a sharp reminder that this year's trip to Ruislip for the Connacht Senior Championship will be anything but a cakewalk after they suffered a surprise 0-9 to 2-5 loss at the hands of London in last Sunday's Allianz NFL Division 4 clash at the Connacht GAA Centre of Excellence.

With the Exiles hosting Leitrim in McGovern Emerald Park on Easter Sunday, Leitrim manager Andy Moran simply replied “Huge” when asked what effect London's win would have on that game.

Recalling Mayo's own struggles in Ruislip, Moran added “Some times when you go to London, you take your eye off the ball and it nearly happened to Mayo in 2011 and it happened to Leitrim not so long ago when you don’t give them the respect they deserve. I don’t think there was any love lost on the pitch and there will be plenty of respect in a couple of weeks.