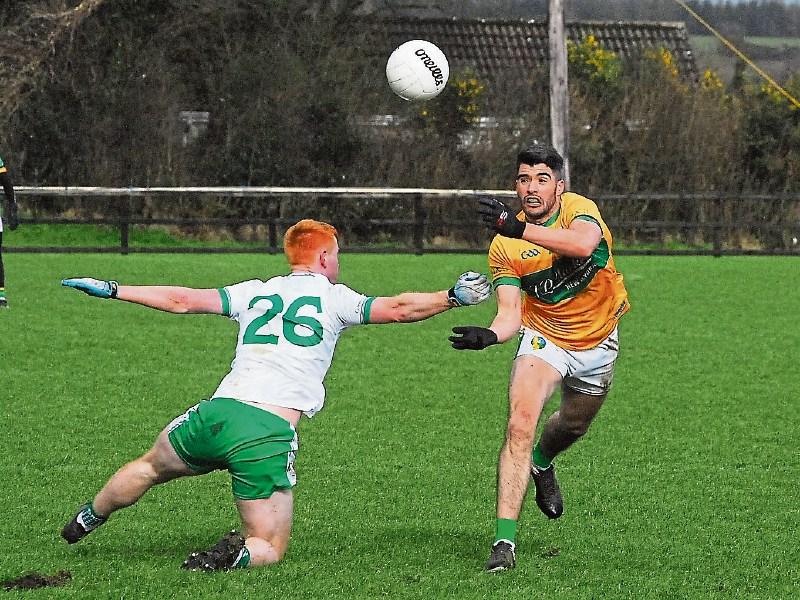 Until Leitrim footballers make improvements in vital areas, the Green & Gold will continue to see inconsistent performances in League and championship football according to manager Andy Moran who stressed that it is his job to improve the performances of the county’s players.

In the wake of a disappointing 2-5 to 0-9 loss at the hands of London at the Connacht GAA Centre of Excellence last Sunday, the Leitrim manager didn’t hide his disappointment at the result that is a huge blow to the team’s Allianz NFL Division 4 promotion hopes but insisted that the buck stops with him and his management team.

“These games are defined on small margins and it is my job to improve them,” Moran told the local media after the game, “I’m not getting at any of the players - the players are doing exactly what we told them - but until we improve them as a coaching team, as a management team, we’ll see inconsistent performances like we did over the first three weeks.”

Moran contrasted the performance against London with those against Tipperary and Cavan but set his sights on next Sunday’s meeting with Waterford: “The loss is hard to take but they are elements within the game, small bits within the game but what I would argue is that it should be the consistency of performance over the 70 minutes.

“I think we’ve talked about that over the first couple of weeks - I thought we got it again Cavan, we got it against Tipperary for an awful lot of the game but today, it wasn’t consistent enough over the 70 minutes and we need that and we will get there I believe but it is going to take time.

“We had the awful high of Tipperary two weeks ago and we have the awful low of this week. These things happen, we’re in Division 4, we’re still in a fight and let’s go and battle with Waterford.”

Yet the former Mayo footballer of the year didn’t put a tooth in it when speaking of his disappointment: “Goals win games and unfortunately they got two and we didn’t get any, very disappointing, no point in hiding that. We’ve big expectations from this team and we wouldn’t be happy with that.

“Two goals when the game was going to be as tight as it was and the conditions like that, they are going to win you the game. Unfortunately that second goal went in. We kept fighting, we kept battling - no questions on the team about that at all but the second goal was a killer.

“We needed to tag on a few more points in that first half if I’m being perfectly honest with you. We went in, what three up, at halftime which was very tight and we gave away too many scoreable frees and the two goals.”

Moran also stressed that the missed chances in Leitrim’s late rally to rescue the game was not a cause for concern but rather how the game got away from the Green & Gold: “To be honest with you, the last ten minutes wouldn’t worry me at all - it was the first half and that application of going after the game and really chasing the game when we had a chance to win the game, that would be the frustration part for me.

“It was a packed defence so it made it really difficult for us. Some of the decisions were the right decisions, the ball across from Ryan was a class ball, well read by Keith and I’ll wait to see it but we could easily have scored it. The ball from Paul Keaney hitting the post was the right decision but it was a really tough wind, hard to get in around the D to get the shots off."

The concession of frees proved a big problem with the Leitrim manager unhappy with some decisions that hampered his team’s attacking edge: “I thought some of the calls for us were very harsh, I thought at times in the first half, we had advantages and they weren’t given, they were pulled back for frees that we didn’t want, we wanted the game to move on.

“Listen these things happen, I thought our tackling was quite good at times but I just thought too many scoreable frees were given away and at the end of the day, that was what cost us.”