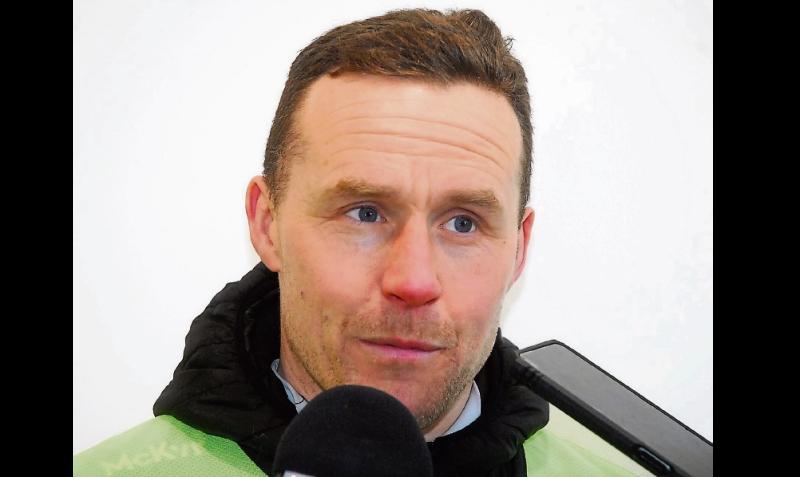 Leitrim's promotion push in the Allianz NFL Division 4 took a major boost on Sunday as Andy Moran's side accounted for a stubborn Waterford challenge in Dungarvan while unbeaten London and Sligo both suffered their first losses of the campaign.

Leitrim 2-17 to 1-13 win over the Deise in Fraher Field on Sunday sees the Green & Gold with two wins from four outings as second half goals from Ryan O'Rourke and Darragh Rooney sealed a hard fought win over the home side.

Leitrim led by six points at one stage in the first half as six points from Keith Beirne and one apiece from Paul Keaney, making his first Leitrim senior team start, and Tom Prior put the visitors into a commanding lead. However, Waterford rallied and cut the gap back to a point at one stage before more Beirne points gave Leitrim a 0-10 to 0-2 halftime advantage.

The first score of the second half was a goal for Waterford's Darragh Corcoran but Leitrim responded well with another Prior point to tie the scores and after two more scores from the boot of Beirne, Ryan O'Rourke hit the crucial goal 16 minutes into the second half.

Beirne, Jack Heslin and Ryan O'Rourke all added points before Darragh Rooney sealed the victory with a second Leitrim goal four minutes into added time, Beirne completing the scoring with yet another point to complete a seven point win.

Leitrim's victory got added value when London lost their unbeaten record in Ruislip when Wexford defeated them 0-11 to 1-6 to leave Andy Moran's team two points behind the Exiles. The win sees Wexford, who travel to Avant Money Pairc Sean Mac Diarmada on Sunday March 20, also back in the promotion hunt.

Leaders Cavan maintained their grip on the top spot with a hard fought 0-19 to 1-12 victory over Carlow who Leitrim face in their next game away from home on Sunday March 13.

With Sligo falling to a 1-13 to 1-9 defeat at the hands of Tipperary on Saturday, the division is very much back in play with Tipperary also back in the frame after their loss to Leitrim and draw with Waterford.