Longford too strong for Leitrim U20s 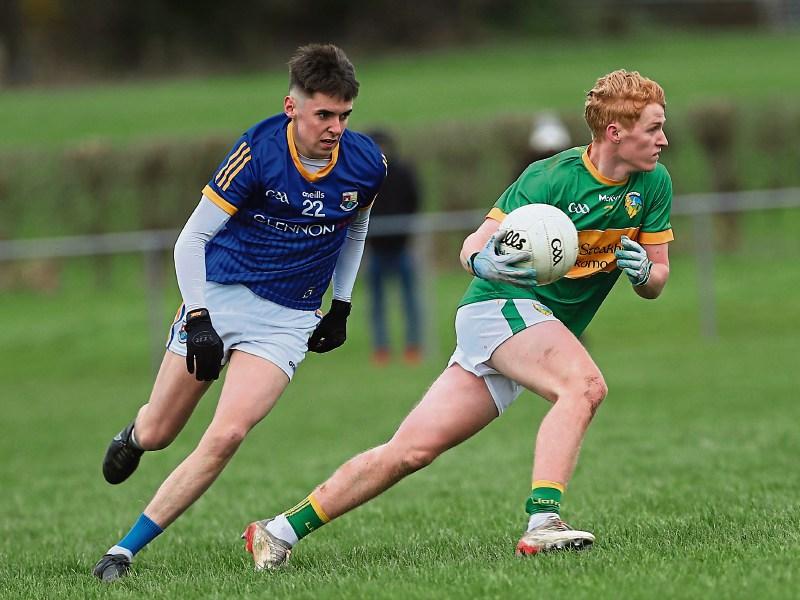 Leitrim made a disappointing start of the Philly McGuinness Cup on Saturday when hosts Longford proved far too strong at a wind-swept Lynch Park in Abbeylara in the opening game of the competition.

With the game against Fermanagh postponed a week previously due to snow, this was Leitrim’s first outing of the year and the Brendan Guckian managed team found it difficult against a strong Longford outfit. The home side, despite playing against the wind in the first half and losing Fionn Hourican to a black card, led by 1-5 to 0-3 at the halftime break, and Leitrim were never able to get back to challenge their Leinster neighbours.

Jack Macken scored the goal in the 24th minute and when chief marksman Jack Duggan (clocking up the impressive total of 1-7) planted a cracking shot into the back of the Leitrim net in the early stages of the second half, Longford were in cruise control in running out very easy winners.

Oisin Curley grabbed a consolation goal for Leitrim when he pounced on the breaking ball with 13 minutes gone on the changeover. Both teams finished the game with 14 players following red cards for Eoin McLoughlin on 36 minus and Tiarnan Hussey ten minutes later during the course of the second half.

The home county made a bright start to the game with a point apiece from Tiarnan Hussey (free) and Jack Duggan while Aaron Farrell was denied a goal when his shot struck the crossbar. Leitrim eventually got their opening score when Leitrim Gaels’ Oisin Curley shot over the bar midway through the first half but Longford hit back immediately with a brace of frees converted by Jack Macken and Hussey in quick succession.

Longford were reduced to 14 players for a ten minute period after the black card for Fionn Hourican and while Leitrim replied with another point from corner-forward Curley, a well-worked move involving defender Oisin O’Toole and Hussey created the opening for Macken to find the back of the net from close range.

After Paul Moran fired over a free for Leitrim, Jack Duggan did likewise for Longford who were full value for their 1-5 to 0-3 lead at half-time.

While Leitrim made a good start to the second half when a goal attempt from Jack Casey produced a fine save from opposing keeper Cian McGuinness who parried the ball over the bar, wind assisted Longford struck the killer blow with four minutes gone on the changeover.

Cathal Cilligan and Fionn Hourican linked up to send Jack Duggan racing through to register a fine goal and nine more points were added to the emphatic tally during the remainder of the match. Five of those scores (the last two from play) came from the accurate boot of deadly Duggan with Aaron Farrell, Jack Macken, Tiarnan Hussey (free) and Cathal Gilligan also on target.

Leitrim got a goal and a point, both scored by Oisin Curley, and were second best in most positions on the pitch.