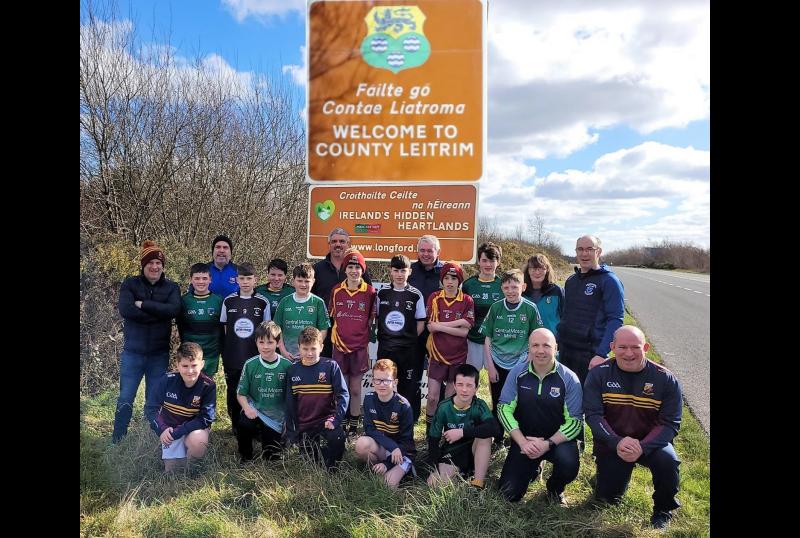 Leitrim GAA have teamed up with Longford GAA in a radical ground-breaking initiative that will see both counties combined their underage football leagues to promote the development of football and provide a more balanced standard of competition in both counties.

This weekend sees the start of the Barna Waste Topline Providers U13 Cross-border leagues with teams from both counties evenly split into six divisions and the initiative will be repeated at U15 & U17 level with the championship competitions in both counties in all grades remaining a stand alone competition.

The concept had garnered a lot of interest around the country, featured on the GAA's own website, as the Cross-border League concept was designed to solve the thorny issue of providing enough competitive fixtures for all teams at all levels. Even a cursory perusal of Leitrim GAA underage results over the past number of years reveals a problem of a massive gulf between the stronger clubs and not-so-strong.

Speaking to John Harrington at GAA.ie, Leitrim GAA Games Manager Thomas Keenan said that promoting competitive games for clubs at their own standard is the key target for the new initiative: "The problem we would have had in Leitrim in any given year be it at U-13, U-15, or U-17 would be the dog in the street in Leitrim can tell you who's likely to win the competitions before a ball was kicked.

"What's happening is that you have four clubs dominating the competition and because we only have 16 juvenile clubs we try to give them enough games by splitting them into two divisions of eight teams or three divisions maximum to give them games.

"But the problem is, if I take my own club Gortlettragh who are amalgamated with Bornacoola as Rinn Gaels, they'll look at the Division they're in and say, right, we can beat them, them, and them, but we're not going to beat them or them. Whereas if the strongest three teams in Leitrim are playing the strongest three in Longford then they're playing against a team of their own standard.

"That’s absolutely critical for developing players because that's what keeps them playing - meaningful games. If a young lad is playing in a game that he knows he's going to get hammered in, then it's not an attractive proposition for him. This competition ensures clubs have meaningful games against clubs of a similar level to them."

Indeed, Thomas believes the idea will catch on in other counties: "I think it's the only way forward. Coming from a county that has very limited hurling, the Táin League is doing the same thing and I think for counties like Leitrim and Longford and there's a few more in the similar bracket, then I think cross-county competitions is the only way to have teams playing at a better level and playing better games. From our point of view it's a no-brainer."

The new rules for the competition are as follows:

The groups for the U13 competition are as follows:

The first round fixtures is as follows: