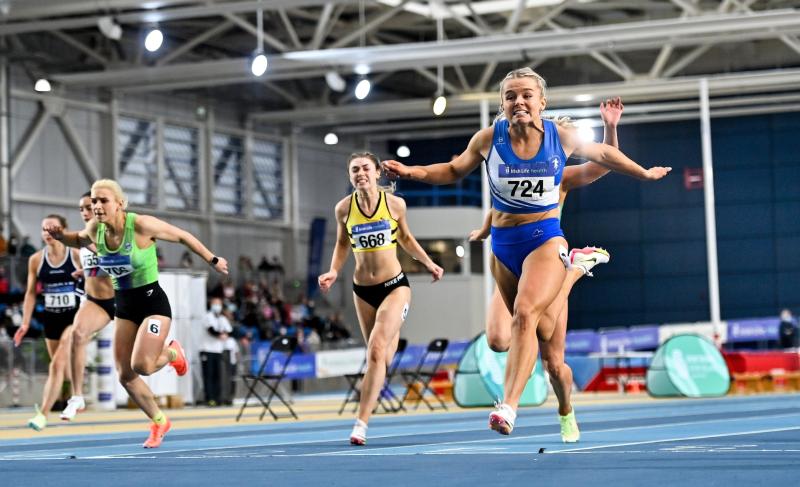 I’m not going to rehash the perplexing debate that greeted Leitrim’s loss to London last Sunday week in Bekan and spare me the logic of those who suggested we would clearly have won had the game been postponed and played at a later date when pitches are drier and conditions better.

The game was played, Leitrim competed but found London that little bit better on the day - we can all speculate what might have been compared to what did happen but as my good friend Willie Donnellan often replies when I wonder what might have happened had a point gone over the bar rather than hit the post or a pass being intercepted, “if your aunt had xxxxx, she’d be your uncle!” - I’ll leave you all to fill in the blanks.

No, much like when I visited the wonderful Dromahair Arts & Recreation Centre astro-turf pitch a few weeks ago, I had to marvel at the facilities on offer at the Sports Ireland Campus in Abbotstown when I had the pleasure of taking in two sporting events with a Leitrim connection last Saturday.

Although I have to say, it wasn’t all pleasure as a foolishly taken short-cut led to a heavy fall, bruised pride and an even more bruised arm, neck, shoulder and back and a visit to A&E - quick lesson, the short cut isn’t always the best option!

Anyway, I digress - the first port of call was the fabulous National Indoor Athletics Arena - a nondescript building from the outside that could be a large factory but inside is a facility that has transformed Irish athletics over the few years it has been open. For years, Ireland was pegged firmly as a country of distance runners or throwers but nowadays, our sprinters are reaching Olympic Finals, winning European and global medals and this is just with two indoor tracks in the country.

For most of us, sprinting is simply gritting your teeth, clenching your fists and trying to go as hard as you can for as long as you can. You won’t be surprised to learn that the reality is far, far removed from that image as sprinters must somehow travel at speeds most of us can never dream of and execute precise technical movements and all while trying to stay relaxed - you try it sometime.

It is one of those quirks of Irish sport that when you see some speedy footballer or hurler or rugby player flying up the wing, you hear whispers that he could have run in the Olympics - that's like saying I could line out for Leitrim against Carlow and do a decent job at full-forward!

Seeing Gerard O’Donnell sprint - and I mean sprint - over five barriers some three foot six tall all within 60 metres in a shade over eight seconds in truly a balletic feat and if the Carrick AC man didn’t claim a medal, it literally came down to a matter of inches.

Football fans love to quote the Al Pacino “Inches” speech from “Any Given Sunday” - I love that speech myself but when it comes to inches, hard to beat the fact that Gerard’s race wasn’t undone by a mistake but rather an excess of power, a superb start bringing him to the first barrier much quicker than anticipated, causing a stutter and with that, his title was gone - all before the first hurdle was crossed.

Eanna Madden went all out for glory in the 400m on Sunday but paid the price about 30 metres short of the line as he was caught and passed by Cathal Crosbie and Brian Gregan. It was a glorious do or die effort and one that came in spite of Eanna’s hectic working life as a physio. A fresh Eanna is sure to do some damage in the Summer over 400m!

But what struck me most was the quality of performances - Molly Scott’s new Irish 60m record of 7.19 seconds and Israel Olatunde’s 6.62 in the Men’s event simply would not have happened without the development of the necessary sporting facilities for these athletes to succeed. For years, they have been competing with one hand tied behind their back but now, finally, the playing field has been levelled.

Speaking of playing fields, its easy to see why Leitrim were eager to switch their Allianz NHL Division 3B clash against Cavan to Abbotstown. The pitch they faced the Breffni men on, (not the main one as an All-Ireland Schools game featuring teams from Tipperary and Monaghan was taking place on it) was simply better than the best ground you’d find in this county at the height of Summer!

That the conditions militated against the game is neither here nor there - one full-sized astro turf and four full-sized grass pitches with fabulous surfaces is a god-send to getting games played and allows sportspeople from each and every county perform at their best when it matters.

Rugby is well catered for in the Sports Ireland Campus - a couple of full-sized grass pitches and a massive indoor astro turf facility to allow Ireland teams train in comfort and at a high level explains Ireland’s and Leinster’s standing in the game right now.

The National Swimming Centre with its 50 metre pool, the custom built cross-country course, the boxing gym, testing centres and everything else that makes up the Sports Ireland Campus really goes to prove that old adage - if you build it, they will come.

It’s the second time I’ve used that phrase in a column in recent weeks but it is still rings true and Ireland's new emerging generation of sporting talent is rising to the challenge of being worthy of the fantastic facilities that have been built. All we need to do now is build more of them around the country and then, watch out the rest of the world!