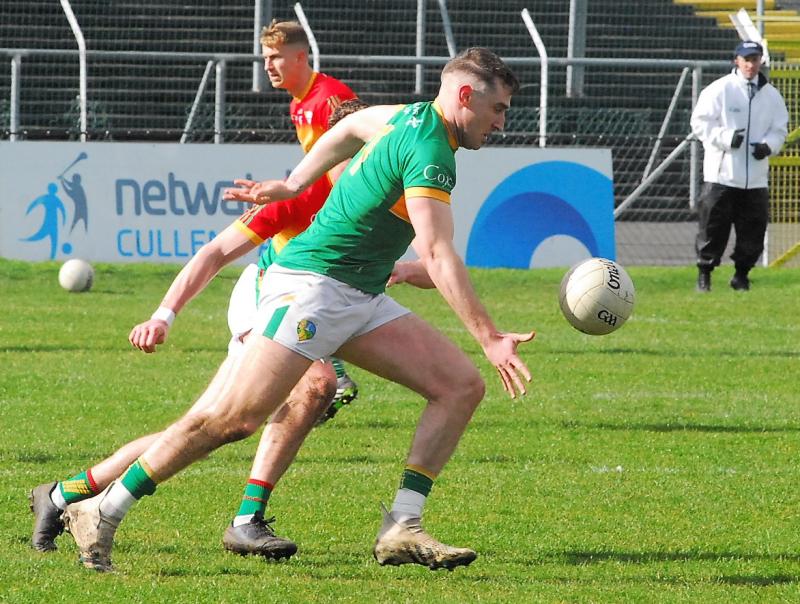 The accolades continue to pour in for Leitrim's Keith Beirne after the Mohill man was named in the GAA.ie's Team of the Week following Leitrim's victory over Carlow last Sunday in the Allianz Football League.

Named at corner-forward, the Leitrim man features on a line with Kerry's David Clifford and Tipperary's Conor Sweeney while Sligo's Niall Murphy at centre-forward makes it a trio of Division 4 forwards on the team.

Beirne's tally of 1-9 against Carlow, including two sublime sideline scores and an almost ridiculous over the shoulder goal in the first half, keeps the Leitrim man at the top of the scoring charts for the entire Allianz League.

His tally of 1-39 puts him just a point ahead of Louth's Sam Mulroy who has racked up 2-35 with Tipperary's Conor Sweeney in third place with 4-23 and Fermanagh's Sean Quigley fourth with 4-22.

Players from 10 different counties make this week's https://t.co/gvXdqgOuf0 Football Team of the Week. Agree or disagree with our selection? Let us know! #GAABelong #AllianzLeagues

Former footballer of the year Brian Fenton gets the nod in the middle of the park while Mayo's Fergal Boland and Dublin's Ciaran Kilkenny join Beirne, Clifford, Sweeney and Murphy in the forwards.

Beirne's achievements' were warmly greeted by players and fans on social media:

On a different level at the minute https://t.co/pxoGGO1JmK

Keith Beirne scored 0-2 of his 1-9 for Leitrim today from sidelines, can't remember seeing that in a football match too often be honest

RTE need to start showing "lower tier games" get the likes of Sam Mulroy, Keith Beirne and Niall Murphy the recognition they deserve at last!