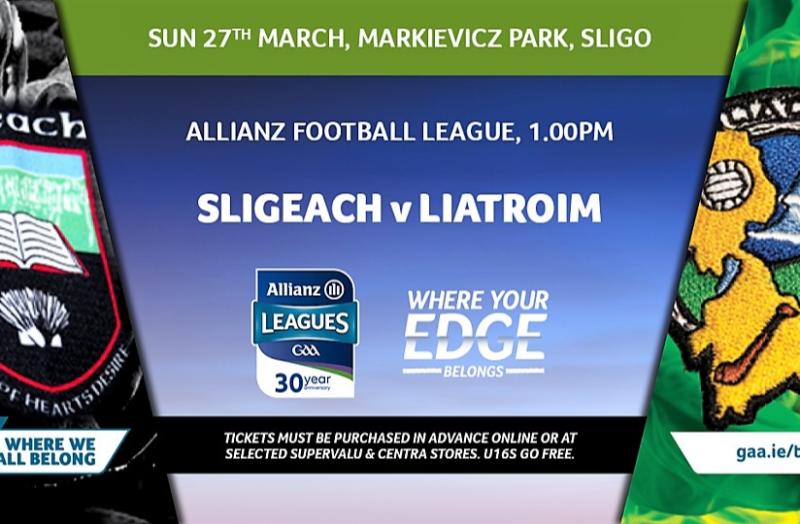 Any hope Leitrim footballers held that their Allianz NFL Division 4 promotion hopes could be kept alive to Sunday where dashed this evening as Cavan and Tipperary claimed their expected victories to seal their place in this year's Division 4 Final and a place in Division 3 for 2023.

Andy Moran's team needed results in other matches to go their way but they were left looking on from the outside as the other three Division 4 games were held on Saturday with the Breffni men and Premier county sealing victories over Waterford and London to return back to Division 3 for next year.

Of the two promotion chasing teams, Cavan were first up in action with a 6pm throw-in for their clash with a weakened Waterford and it showed on the scoreline as the home side cruised to a 3-21 to 0-10 victory in Kingspan Breffni Park. Thomas Galligan got the first Cavan goal after 16 minutes as Mickey Graham's side held a commanding 1-10 to 0-4 lead at the halftime break.

Caoimhin Reilly on 68 minutes and Gearoid McKiernan three minutes into added time would add late goals to put a greater gloss on the scoreline as Cavan sealed their place in next week's Division 4 Final.

That left Leitrim needing a London victory in FBD Semple Stadium to keep the Green & Gold hopes alive. A draw or a London win would have opened the door for Leitrim but Tipperary never left the door open for the Exiles to cause another shock, leading 1-5 to 0-1 after 20 minutes.

London, however, finished the half strongly, outscoring their hosts by five points to two for the rest of the half to leave the halftime score at 1-8 to 0-6. Tipperary opened up a seven point gap early in the second half but London kept with them score for score after that but were not able to grab the goals they needed to cause another upset.

In the other Division 4 game on Saturday, Carlow and Wexford fought out a 0-14 to 1-11 draw in Netwatch Cullen Park.

The results means that Leitrim's final day clash with Sligo in Markievicz Park at 1pm on Sunday will only be for local pride but with both teams in Connacht Championship clash in three weeks time on Easter Sunday, both Andy Moran and Tony McEntee will be determined that their teams finish off their League campaigns on a high.

If attending tomorrow's match vs. Leitrim please note parking restrictions on roads around Markievicz Park as it is a residential area and along a road with cycle paths. Parking behind Londis, Cleveragh Rd (F91 W2KH) or near Summerhill College (F91 D5YF) @GardaTraffic pic.twitter.com/raQaDjDfk8

Sligo officials have also notified all fans attending the match in Markievicz Park on Sunday that parking restrictions will be in force for the game with parking at Summerhill College and a local Londis on the Markievicz Road.