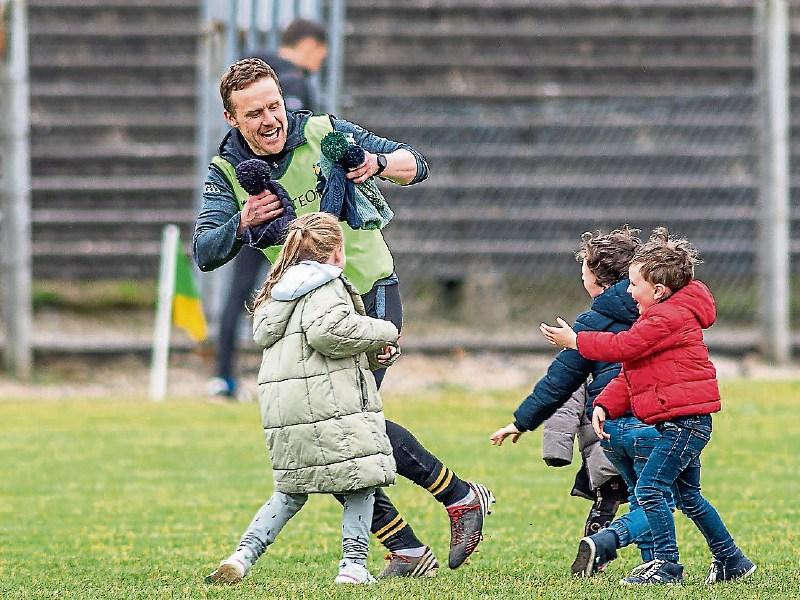 There has been so much talk over the last few months over the plight of the so-called weaker counties in the gaelic football but when you see the scheduling of the final round of games in Division 4 of the Allianz NFL, you begin to realise that is just that - talk!

That's what will happen in all the other Divisions - the Dubs aren't playing the day before Kildare, Donegal and Tyrone, Roscommon don't have to watch Derry in their promotion battle before their clash with Galway on Sunday while the dogfight for promotion in Division 3 will all take place at the same time.

So why is Division 4 different I wonder? It is almost as if it is the GAA's forgotten child - from the scant TV coverage of the Division on RTE and even scanter reports in the national media, the most attention the Division got this year has been when Andy Moran led Leitrim out for their first game against Cavan and last Sunday when Pat Spillane blasted the decision to fix the Tipperary v London game on a different day to the other three remaining fixtures.

I have no problem with the focus on Andy Moran - it was the same when Mickey Harte took over in Louth and it was welcome publicity for Division 4.

But this entire mess was an avoidable problem and one that should have been envisaged months ago - if London's flight schedule meant a Saturday game was inevitable, why not move all games in the Division to the same day and time and leave it at that?

With no floodlights in Markievicz Park, it would have meant a 5pm throw-in at the very latest but that would have been preferable than the situation we have now where Leitrim and Sligo footballers can only sit and watch as the two promotion places from Division 4 could be decided on Saturday evening.

I have no problem in switching games that have no bearing on the promotion battle and Leitrim did it a couple of times in the past themselves including in 2019 but promotion for Derry & Leitrim was decided by that stage.

But the fact that Cavan and Tipperary can still miss out on promotion if results go against them, however unlikely it might appears, should have meant all games starting at the same time. It is too late to fix it now but it is the least the division 4 counties deserve, not more platitudes over the plight of weaker counties!

Last Sunday was not a day to be driving from Ballinamore to Kinnegad as hordes of motorists headed back to Dublin after the long, long weekend. But it had to be done although the mood wasn't made any better by the defeats suffered by the county hurlers and ladies football team.

The hurlers have another chance next Saturday against Longford but need to be back to full strength if they are to prevail but the defeat of the Ladies must be hard to take for a team who have been on a mission over the last three years to get out of Division 4.

Got to say, I wasn't expecting Hugh Donnelly's team to lose and there was plenty of controversy over the failure to award Leitrim a penalty but I've also got to say that I was impressed by Offaly, they were the better team and responded each and every time Leitrim delivered what looked like to be body blows to their hopes.

The Ladies must regroup for the championship, they've done it before but Sunday's loss in Kinnegad definitely hurt.

Finally, congratulations to Aine Tighe and Shane Mallon on their achievements last weekend. The Kiltubrid woman starred for Fremantle Dockers last Saturday, scoring a goal in their 69-31 victory over North Melbourne. The Dockers will face Adelaide Crowe in the Preliminary Final on Saturday, April 2, and we wish Aine the very best of luck.

Congrats also to Shane Mallon who was a member of the Ireland team who completed the Grand Slam in the Six Nations U2o Championship on Sunday in Cork. The Bornacoola man started the opening two games against Wales & France and looks to have a bright future ahead of him in the game.