Gutted Guckian wants Leitrim to build for the future 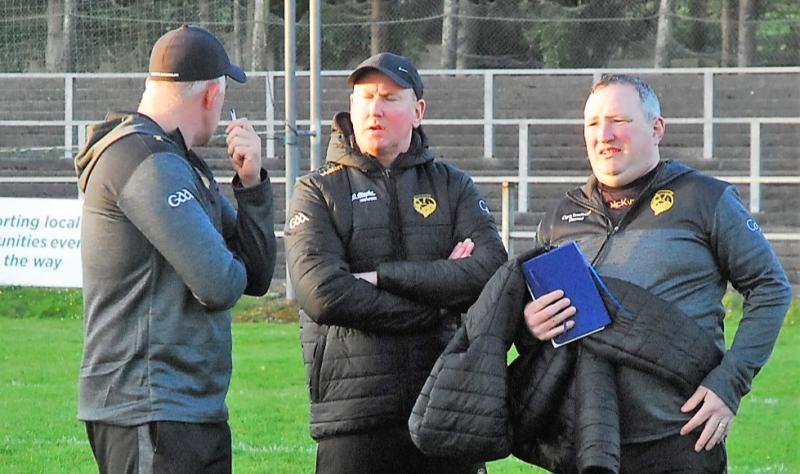 Talking about the future in the immediate aftermath of a championship defeat often seems like a futile exercise, the mind unwilling to contemplate better days in the midst of bitter disappointment but Brendan Guckian saw signs of hope for the future after Leitrim’s one point loss to Mayo in the Connacht U20 Championship on Wednesday.

The 0-16 to 2-9 defeat came after a furious Leitrim fightback that saw the Green & Gold score an unanswered 2-2 to almost catch the Provincial favourites deep into added time and there was no mistaking the absolute disappointment in the Leitrim camp after the final whistle in Avant Money Pairc Sean Mac Diarmada.

“Just gutted for the whole group, I think the second half performance was as good as I’ve seen from a Leitrim team in a long, long time,” Brendan told the Observer, “They threw everything at it, they left everything on the field and we’re just unlucky to come up short.”

Leitrim adopted a sort of rope-a-dope strategy as they prioritised containment for most of the game before hoping a late surge could catch Maurice Sheridan’s side. It was a plan that almost worked!

“That’s what we kept saying to the lads that if we could keep in the game until the last ten minutes and then go at it and, in fairness, that is what they did do. They kept it fairly tight and the last ten, 12 minutes, we went at it when the opportunity arose.

“It is sort of a catch 22, you know the quality of Mayo in their forwards and if we left space, went man on man in the backline, they probably would have sliced us open and would have got more scores.

“We had to set up the way we did set up, the last time the two teams met there was a massive, massive gap so we just obviously didn’t want that to happen today. The black card obviously didn’t help, Mayo kicked a few scores during that ten minute period and probably their physicality at times went against us as well.”

As galling as it was to come so close to catching Mayo, Brendan believes this team can go on to great things in 2023: “There are 20 of them underage next year, nine of the starting team are underage next year but in saying that, the older lads played a massive role today and in the prep up to today.

“You’d hope that the guys that are there next year learn from today but most importantly that they believe after today they can go toe to toe with anybody. Three of that Mayo team have played division 1 football with Mayo Seniors this year, we don’t have anybody on the senior panel so that is the sort of gap you are trying to bridge.

“The hope out of this year is that three or four of our players will go into Andy Moran’s senior panel of next year and that is what we’re trying to do, trying to develop and make them better footballers so that when they go into Andy’s set-up, they are ready to go.”

REVEALED: The most disliked GAA counties