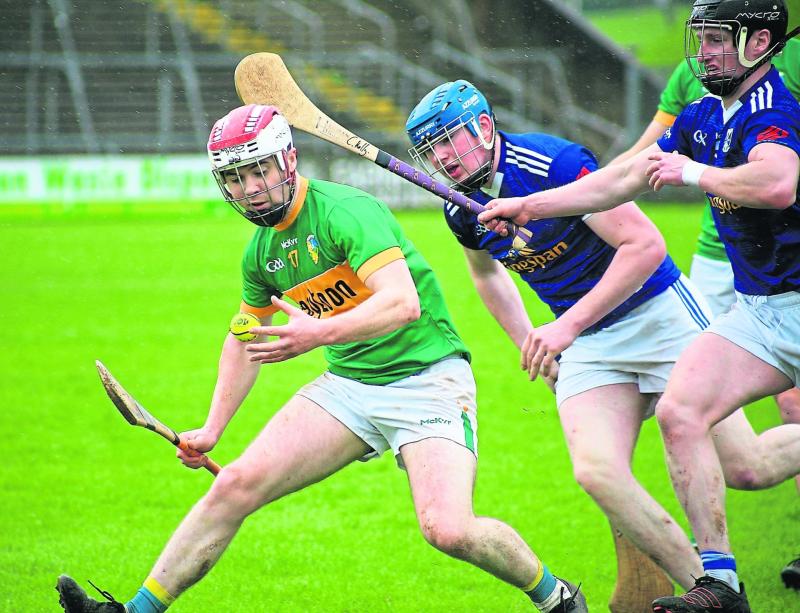 A second win for Leitrim’s hurlers in the Lory Meagher Cup but Olcan Conway is setting his sights on Sunday’s meeting with high flying Monaghan.

“Next Sunday, Monaghan will be very tough,” stressed the Leitrim manager in the aftermath of a comprehensive 4-16 to 1-9 victory over Cavan, adding “Monaghan are very good and have very good players.”

The emphasis for Leitrim will be on concentrating on each game as it comes: “We are taking literally one step at a time. This is step two completed today and Monaghan is step three3 next week. All we can do now is recover, try and get the bodies right and try and get everybody fit and well and ready for next Sunday in Páirc Seán.”

Olcan accepted that Leitrim’s first half “was a bit of a slow burner for us” as they struggled to adapt to the breeze: “There was a nice breeze in the first half and we were playing against it. It made shooting and passing difficult. We were brave in the second half in our approach and pushed up on Cavan. Thankfully it paid off at the finish.

“We knew Cavan were coming out really fired up. Their championship was basically on the line today. We had the lads well prepared for that and well drilled for it. If we didn't match their intensity we certainly weren't going to win the game.

“They worked very hard and made life very difficult for us. In the first 30 or 35 minutes there was nothing between the two teams. But thankfully we pushed on at the end.”

Olcan also paid tribute to the strength of his squad with keen competition for places on the starting 15 and he stressed that Leitrim’s depth will be tested in the coming weeks: “We have a very good panel and we had 3 or 4 lads who came on towards the end today that are pushing the first 15 for places all the way as well.