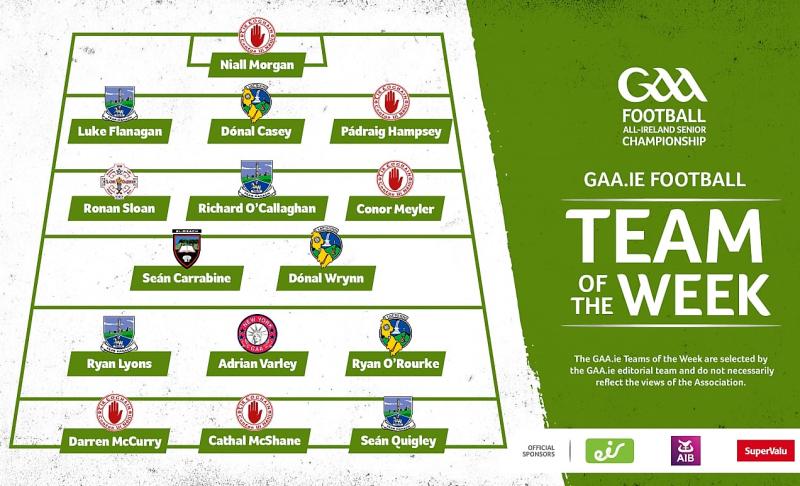 Leitrim footballers Ryan O'Rourke, Donal Wrynn and Donal Casey have all been named on the GAA.ie's Team of the Year following their exploits with the Green & Gold in Ruislip last Sunday.

Fenagh St Caillin's duo O'Rourke and Wrynn and Leitrim Gaels clubman made the team along with London wing-back Ronan Sloan while Sligo's Sean Carrabine and New York's Adrian Varley were also picked on the team from the first round of Championship action.

Well done to @FenaghGaaClub and @LeitrimGAA players @donal_wrynn
and @RyanORourke16 along with Donal Casey of @LeitrimGaels on being selected on the Team of the Week. Ryan is also nominated for Player of the Week. Vote for him using the link below. https://t.co/Zq163Ef0FO pic.twitter.com/QFxzhKZaWQ

Ryan O'Rourke, who scored 2-2 against London in Ruislip, has also been nominated by GAA.ie for the Player of the Year with voting on the GAA's Instagram Stories page. He is up against Tyrone's Darren McCurry and New York's Adrian Varley.

In THE LAST POINT, John Connolly recalls some eventful trips to north west London down through the years for the Connacht Senior Football Championship
ADVERTISEMENT - CONTINUE READING BELOW