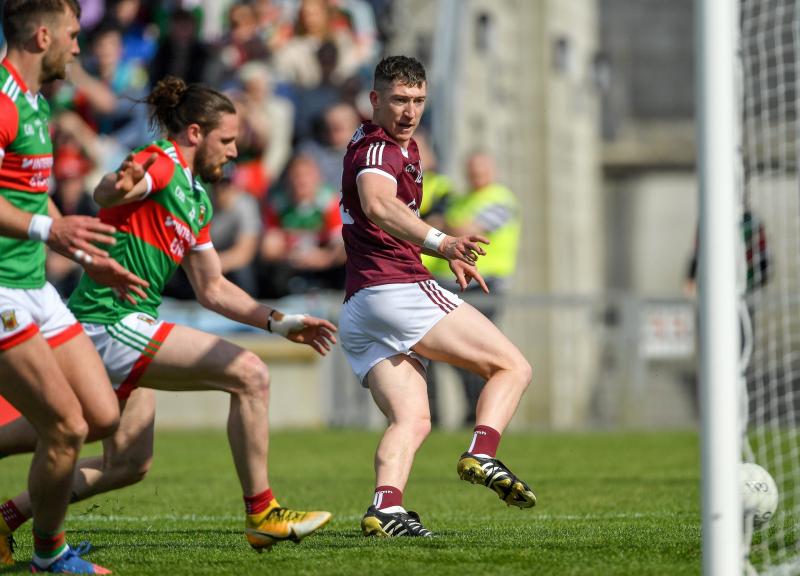 Andy Moran's Leitrim will be headed to Pearse Stadium in Salthill for the semi-finals of the Connacht Senior Championship Semi-Final after Galway ended Mayo's reign as Provincial champions with a one point win over the two-time All-Ireland finalists in a thrilling encounter in Hastings Insurance Mac Hale Park in Castlebar on Sunday.

Padraic Joyce's team had one point to spare as they saw a comfortable six point lead trimmed down to the bare minimum in Castlebar, leaving James Horan and his troops frustrated by another off day in front of goals.

Mayo almost forced extra-time but Adrian Orme saw his shot fly of the Galway posts as the Tribesmen set up a Connacht Semi-Final clash with Leitrim on Sunday May 8, presumably in Salthill's Pearse Park. Leitrim would have had home advantage had Mayo prevailed but Andy Moran must now take his team on the road once more.

Leitrim last faced Galway in the Connacht Senior Championship in 2015 with Kevin Walsh's team prevailing 1-13 to 0-8 and the Tribesmen will start as strong favourites, having secured promotion to Division 1 for 2023 and knocking the defending champions out of the competition.

Galway took an early grip on the contest in Castlebar with Johnny Heaney firing to the net after he beat Aidan O'Shea to a pass from Damian Comer after just six minutes. A slow starting Mayo started to claw their way back into the game and actually missed quite a few chances to establish a halftime lead, the scoreline of 1-6 to 0-9 not doing their efforts justice.

Galway had also played for ten minutes without Finnian Ó’Laoí who had been blackcarded and it seemed as if Mayo were taking control after James Carr gave them the lead just after halftime. But then Galway hit six unanswered points to silence the massive Mac Hale Park crowd and build up a match winning lead.

With Shane Walsh's superb freetaking and Paul Conroy dictating matters in the middle of the park, Galway looked set for a comfortable passage to their meeting with Leitrim only for Mayo to launch another of their famous late rallies. They hit five points to get within one but they were left to curse some costly earlier misses when the final whistle sounded.

Mayo now head for the All-Ireland Qualifiers, a much more streamlined version this year with the Division 3 and 4 counties who do not qualify for a provincial final removed from the equation, while Galway host Leitrim in two weeks time.