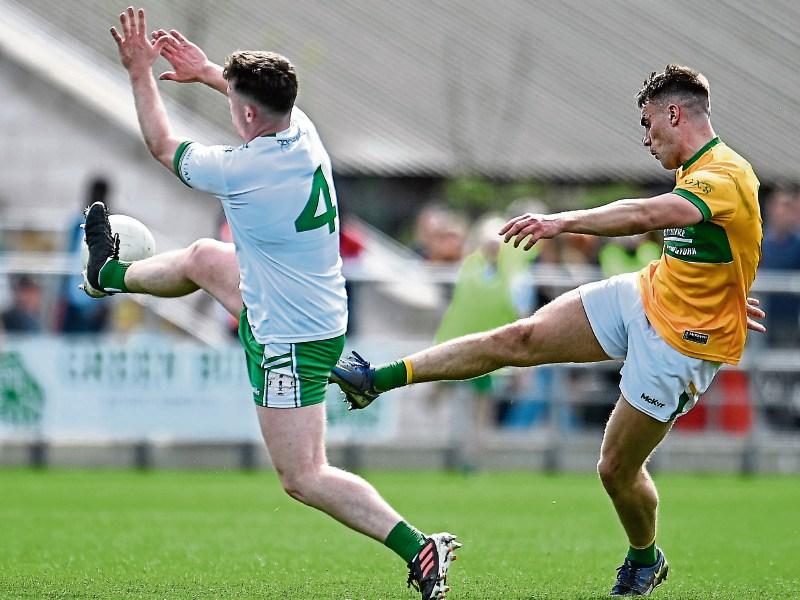 Illusions were shattered last Sunday, the long held belief that nothing can beat the drama and excitement of witnessing a sporting clash in the flesh, but after experiencing Leitrim's tension filled, nail biting victory over London through the medium of local radio and social media, I'm not so sure anymore!

Look, no question being there in the flesh is undoubtedly the best option - you see what is happening with your own eyes, you form your own opinions on what happened, or what should have happened depending on your own prejudices and whether you're right or wrong is all down to your own perception.

That's what makes listening to local radio or relying on social media for updates so difficult. Not for a million dollars would I volunteer to do a live commentary on a match - I'd be too afraid of what I'd spurt out, just ask anyone in the press box about the effs and blinds out of me and more than a few politically incorrect statements!

Live commentary is a skill I have enormous respect for - not only do you have to describe what happens as it happens, you have to identify players, many of whom are wearing jerseys with numbers that are frankly impossible to distinguish from any sort of distance - I'm looking at you Leitrim Ladies! A lovely jersey, beautiful, but the numbering is so tough to make out from a distance.

Normally, I'd have the luxury of time - the press box is a constant stream of questions from “who scored that” to “who gave the pass” or “what happened there” but the crucial thing to say, we in the written press have time to try and get the details right!

Our colleagues in the broadcasting world don't have that luxury and if the wrong name is sometimes credited with a score, well I get that. Live radio is instantaneous reaction and that is the beauty of listening to a broadcast or watching a game live.

Those of us back home in Leitrim last Sunday had to rely on local radio and social media to see how the battle in Ruislip was going but that didn't make it any less exciting. If anything, the breathless enthusiasm, worry, joy and excitement was transmitted clearly over the airwaves, lending an air of immediacy to the entire process.

So when I say those of us listening to the game probably felt as if we kicked every ball from Ruislip last Sunday, it is no exaggeration and the relief at the final whistle was no less than if we had sat in the stand in McGovern Emerald Park in Ruislip and cheered ourselves hoarse for Andy Moran's troops.

But listening to the game got me thinking about the four Leitrim teams in action over the past seven days and how it wouldn't have taken much for any of their results to have gone the other way!

The U20s mounted a furious late rally that saw them reduce an 11 point Mayo lead down to a solitary point by the time the final whistle sounded last Wednesday in Avant Money Pairc Sean Mac Diarmada. To be brutally honest, frustration was my immediate reaction - yet another brave but futile late rally that fell short leaving me wondering why, oh why do we find ourselves in that position so often?

Is it our mentality that we can't deliver under pressure and when that pressure is off, i.e. we're losing by 11 points, that the shackles finally come off? Or is it the standard of our footballers isn't what it should be? Did Mayo take the foot off the pedal or did Leitrim almost time a remarkable recovery to perfection? Truth be told, it was probably not one thing but a bit of everything and it is a trait not uncommon to Leitrim teams.

For all the bravery and heart of Leitrim teams, something we're rightly proud of, you wonder how we'd do if we possessed more of the killer instinct of our neighbours?

Killer instinct is not lacking in our ladies footballers, that's for damn sure! In fact, the killer instinct is what makes them so formidable as they shocked newly crowned Division 3 League champions Roscommon on Good Friday and were good value for their five point win.

Yet no more than our U20 footballers wondering what might have been, Roscommon left the fabulous St Croan's facility wondering where they had gone wrong, twice hitting the crossbar or post with a goal at their mercy. It is those sort of margins that make all the difference and this time, the margins were in Leitrim's favour.

It wasn't that long ago that those margins told against the ladies - their Division 4 League semi-final loss to Offaly must still sting but no more than last Friday's game, the best team on the day won. Leitrim could have stolen it from Offaly, the same way Roscommon could have pilfered the victory - again, the margins are tiny in top class sport.

One team I felt sorry for over the weekend was the County hurlers as Olcan Conway's troops had the misfortune to have their Lory Meagher Cup game scheduled for almost the exact same time as the footballers outing in Ruislip which meant almost no attention for them. That didn't deter the hurlers as they picked up what seems, on the face of it, a very comprehensive 4-15 to 1-9 victory over Cavan in Kingspan Breffni Park.

But delve down into the details and you see how games can turn on one or two incidents - Cavan were the better side in the first half but Sean Markham's goal just before halftime transformed the contest and suddenly Leitrim took off in the second half, turning a two point lead into a 15 point winning margin by the time the final whistle sounded.

Operating off far more meagre resources than our footballers in terms of playing numbers, the hurlers go out each and every game and compete with all their might against some teams who are regarded as better hurlers. Longford were regarded as the better team but Olcan Conway's troops shocked them the first day out and now the hurlers are up and running - they take on Monaghan next Sunday in Avant Money Pairc Sean Mac Diarmada and it'd be more than nice to see a fraction of the support who travelled across the Irish sea to Ruislip turn up and cheer them on.

As for our footballers, impossible to quantify what last Sunday's victory means. Defeat wouldn't have sunk Andy Moran's ship but it would have had it listing dangerously, that's for certain. But Leitrim did the job they had to do and did it well - even if the impression coming over the airwaves was that Leitrim were hanging on for dear life!

The legendary Willie Donnellan, attending the game in the rare role of a spectator, recounted to me on Monday how close it was, how Leitrim should have had it all wrapped up when they led by eight points and the immense sense of relief at the final whistle. Again, it came down to small margins and Willie's praise of Pearce Dolan's majestic fielding in the final ten minutes left me in no doubt of how close Leitrim's shave in London truly was.

Leitrim's prize doesn't seem much like a prize, the prospect of Mayo or Galway doesn't seem that inviting but as the six minutes of injury time slowly counted down last Sunday, winning in Ruislip seemed almost as good as winning Sam Maguire to this nervous wreck and never was a final whistle more gratefully heard! 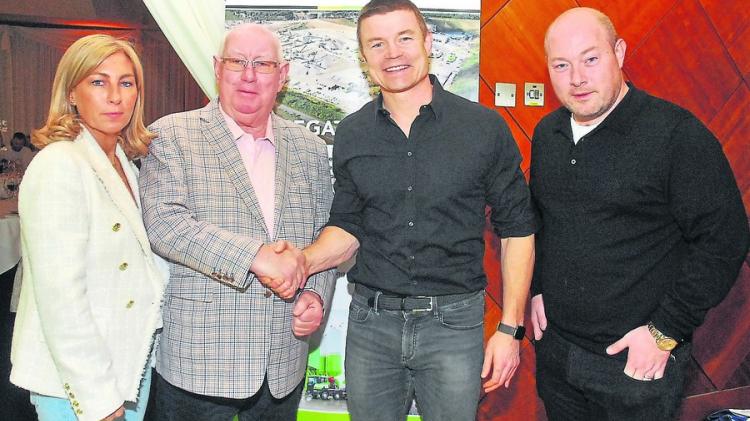