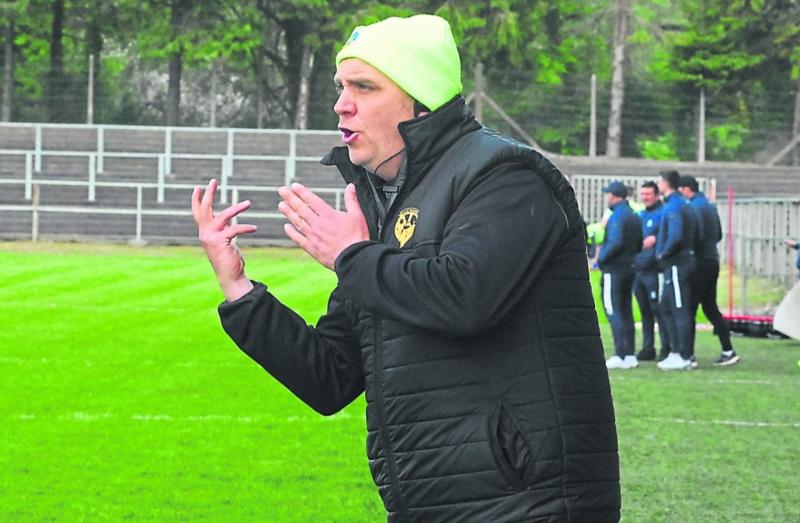 Reflecting on Leitrim's five point's defeat by Monaghan after the game on Sunday, Leitrim Hurling Boss Olcan Conway said “some lads played well and some lads didn't get to their maximum, unfortunately, which is disappointing.

“I felt we were a little bit low in energy today. We needed a bit of zip to compete with Monaghan. It is a bit too soon for us as a management to learn (why this happened) because it was a bit easy (this week) to try and build up our energy reserves and stuff.

“But all credit has to go to Monaghan, as well. They were well up for it. They tackled very well, took us on and were quite physical in everything they did. We have to take the game and see what we can learn from it, and see what we can do in Round 4 (against Lancashire).”

Olcan also accepted that Conor Gernon's 62nd minute Monaghan strike “was probably a soft goal. Unfortunately at the time for us it was quite tight at that stage. These things happen in hurling and you can go three, four, five or six points behind.

“But you also can come back to level just as quickly again. You got to give great credit to our lads; they worked right to the end. They did try to get goals right to the end to try and win this match. They never gave up. They probably could have tipped over a couple of more points.

“We did come here for a draw (today); we came for a win. We can't be disheartened about the whole thing. It is a loss against a good team. We really have to look at it now. I think our destiny is really in our own hands at the minute. So we have to go and try to win our last two games, to try to get to the final.”