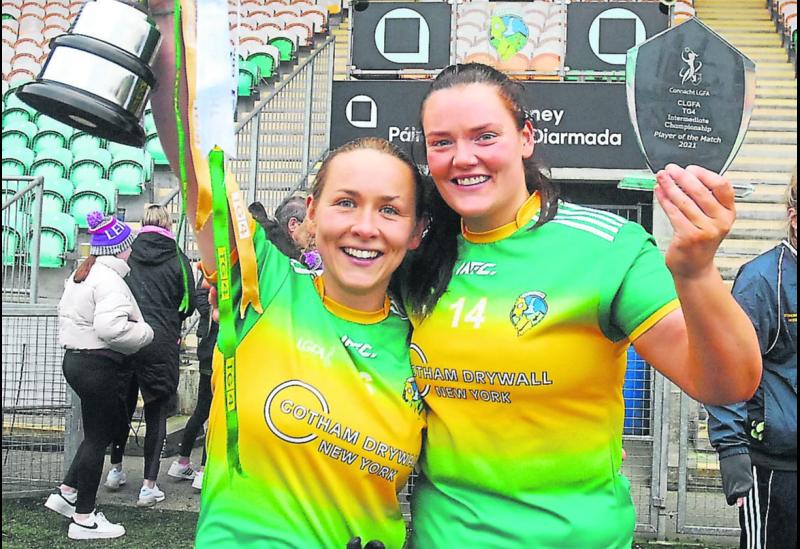 Leitrim's Clare Owens and Michelle Guckian who have been named on the Lidl LGFA Division 4 Team of the Year Picture: Willie Donnellan

Leitrim's Michelle Guckian and Clare Owens were both named on the 2022 Lidl LGFA Division 4 team of the Year as the Ladies Gaelic Football Association honoured the best footballers in all four divisions.

Kiltubrid's Michelle Guckian was a shoe-in for the centre-forward position having finished the League as the top scorer across all four Divisions while Leitrim captain Clare Owens from St Joseph's nailed down the centre-back position on the team which featured six players from champions Offaly, four from runners-up Limerick while semi-finalists Fermanagh, beaten heavily by Leitrim in the opening game, had three players selected on the team.

The players on each of the four divisional teams were chosen by the LGFA’s All Star committee, and the Division 1 selection contains players from four counties.

In other news, Leitrim's performance in the Connacht LGFA Intermediate Championship will decide their seeing for the TG4 All Ireland competition after the LGFA released the format for the group stages.

Clare, who defeated Leitrim last Sunday, go straight into Group 1 along with the Ulster runner up and two Leinster teams.