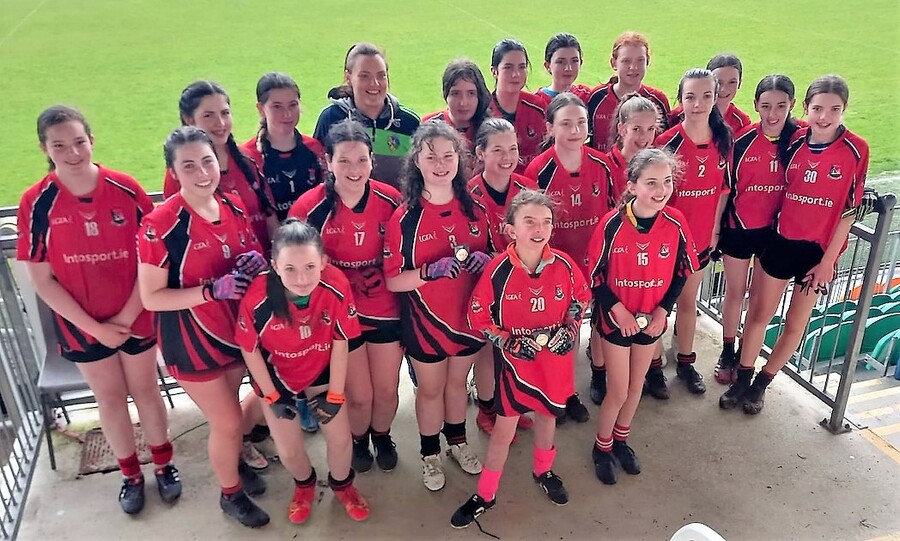 The future is bright for Ladies football in Leitrim if last Saturday’s Leitrim LGFA Féile Finals are anything to go by with Fenagh claiming a famous victory over Glencar Manorhamilton after a long day’s football. And Observer photographer Willie Donnellan was there to capture some great pictures of the teams taking part.

Despite the rain on Saturday, there were a lot of smiling faces around Avant Money Pairc Sean Mac Diarmada and Pairc Naomh Mhuire while spectators also raised funds for the Rachel Mallon fundraising appeal with a cake sale and bucket collection adding to the day's action.

With members of the Leitrim Ladies senior team watching, Lidl LGFA Division 4 Team of the Year star Michelle Guckian presented the delighted Fenagh players with their trophy after they defeated Glencar Manorhamilton 3-3 to 3-2. Thirteen clubs competed in four groups with every team paying at least two games. The winner of each group went through to the semi-finals.

Glencar Manorhamilton qualified for the semi-finals after a narrow win against Dromahair while Fenagh came through a four team Group 4, winning all three games. Ballinamore Sean O’Heslins made it through their group while Group 2 went down to the wire as scoring difference meant that St Joseph’s, having conceded less, piping Mohill for the last place.

One interesting note is that three of the four semi finalists were all county champions in their respective divisions in 2021 so their form held up in 2022. Two exciting semi finals were played with the 10 minute per half games meaning teams played at pace from the get go. Glencar Manorhamilton, 2021 15 a-side champions, proved too strong for a young Ballinamore side (2021 11-a-side champions) and St Joseph’s battled hard against a strong Fenagh side who had won the 13 aside in 2021.

After a short rest, Fenagh and Glencar Manor lined out in Pairc Sean in what was an end to end battle with goals exchanged in the last minutes making a very exciting finish, the Fenagh defence held on for a great win by the slimmest of margins but great scoring from both sides who played great competitive football.

Some great talent coming through the ranks in ladies football in Leitrim and more competitions like these bring out the best in our clubs with every club bringing volunteers on the day to help the games run smoothly.