Odds against them but Leitrim have nothing to lose 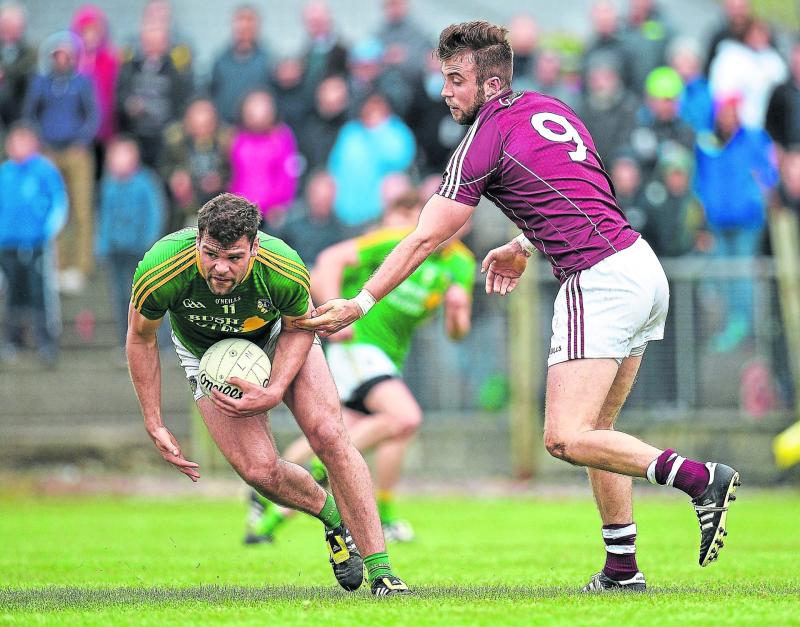 Flashback to 2015 when Leitrim last faced Galway in the Connacht SFC. Donal Wrynn & Paul Conroy, in action seven years ago, will face each other on Sunday in Salthill Picture: Sportsfile

We've been here before - a Leitrim team heading into a Connacht Championship campaign against a Provincial powerhouse who are newly promoted and just off the back of a massive victory against the reigning champions!

Andy Moran's Leitrim travel to Pearse Stadium for a game that nobody is giving the Green & Gold a snowball's chance in hell of winning - that sounds harsh but if The Sunday Games is anything to go by, it is what 99.9% of the gaelic football community are thinking.

Truth be told, it's hard to blame them as Division 3 & 4 teams have suffered in the opening rounds of the championship. So far, no Division 3 or 4 team has defied the odds to qualify for a Provincial Final and avoid the Tailteann Cup this year.

Cavan, Westmeath and Tipperary join with Leitrim as the last four teams that could reach a final but, to many, the chances of Leitrim upsetting the Tribesmen are practically zero.

That's why Leitrim have nothing to lose against a Galway team who have got to have one eye on the Connacht Final - no matter how much they protest that they will take Leitrim seriously.

If Leitrim can exploit any over confidence in the Galway camp, they can make it a very uncomfortable afternoon for the home side. Wins against the Tribe are rare enough but Leitrim has a history of pushing the Tribesmen much harder than they would against Mayo or even Roscommon.

Even in the last meeting between the teams in 2015, Galway struggled to an eight point win and over the last 30 years, apart from one or two notable exceptions, the Green & Gold have always tested Galway's mettle.

Leitrim travel without the stress and pressure that bore down on them like a tonne of bricks in Ruislip just over a fortnight ago. Coming through such an oppressive test will do wonders for the team's confidence and you'd hope they can build on that.

Galway present a far different challenge - the Exiles struggle to find scoring forwards but the Tribesmen have them in abundance with Damian Comer, Shane Walsh, Paul Conroy, Rob Finnerty, Dessie Conneely and so many others capable of racking up big scores.

Padraic Joyce's team present a very different challenge to what Leitrim faced against Mayo over the last two years as Galway's defenders like to bomb up the field to land big scores. But you wonder how they might cope under pressure at the other end as Mayo had enough chances to at least draw a game in which Galway were clearly the better team.

That is something for Andy Moran to cling to for the strength in this Leitrim team is in attack. Even without Keith Beirne, Leitrim racked up 3-12 against London and considering that most of the game plan was based around the Mohill man during the League, that is some going.

But the London performance may just illustrate a different approach for Andy Moran with Ryan O'Rourke's pace and the power of Donal Wrynn at full-forward capable of causing problems for any defence.

Defensively, Leitrim will have their hands full with Walsh, Comer & company - a deep, lying defensive approach may be needed to stymie the Tribesmen and it will take discipline for Walsh and Conroy will punish frees from any distance each and every time.

Phyiscally, skill wise and pace wise, Galway are a different class to anything Leitrim has faced this year. They are favourites for a reason but expect a more competitive Leitrim performance than we have had for some time.

If we get that and Leitrim battle with pride, that is something to build on for the future.