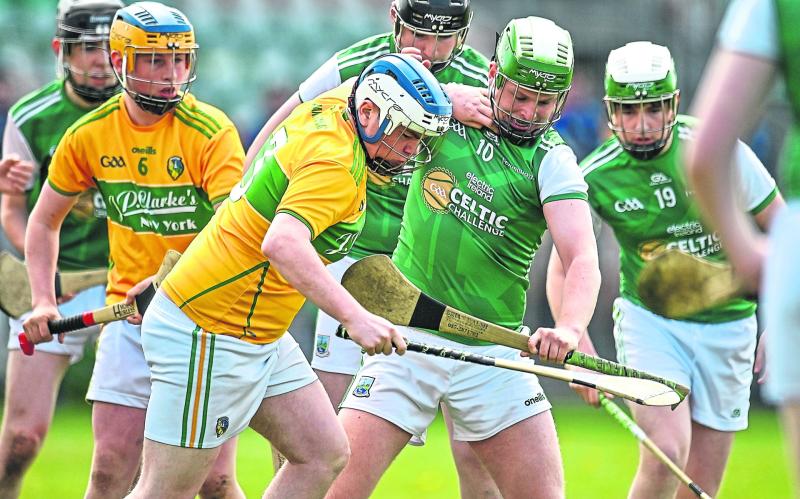 With a headline like “Justice needs to be even handed”, those of you who know me probably are expecting a rant about the Merseyside derby, penalties or the lack of them and all manner of conspiracy theories but it got me thinking about how justice has to be even handed for all.

Dread was the over-riding emotion as I settled down to watch Sunday's derby but Everton's massed defence and spirited counter-attacking frustrated the Reds no end as Frank Lampard's side looked to hit on the break and try to hold out against a team rated as one of the best in Europe.

The approach wasn't popular with Kopites but I'm old enough to remember Liverpool doing something similar to frustrate Barcelona and Chelsea's triumphs in Europe were lauded as defensive masterclasses designed to frustrate superior opposition. Everton tried to do the same, it didn't come off - they needed everything to go their way and quite frankly it didn't.

But it doesn't help when the man in the middle sees a couple of key incidents differently to most - from penalty shouts to hands in the face of Everton players, hard not to think as an admittedly rabid Toffee, there would be have a different outcome had the offenders been wearing Royal blue!

Truth be told, Liverpool were by far the better team but no fan of any team visiting Anfield expects to get a penalty, no matter the circumstances and when you're fighting for survival, every injustice, perceived or not, is seized upon as evidence of an agenda against your team and that's not something that confined to the Premier League.

If I was a conspiracy theorist, I'd opine that two stone wall penalties for the Toffees against Liverpool & Manchester City have mysteriously evened themselves out - not for Everton, mind you, but for the top two and it is funny how often that seems to happen.

Honestly, decisions can go your way or against you on what seems the flimsiest of reasons - Jordan Pickford escaped a red card for his challenge on Virgil van Dijk in October 2020 apparently because the Liverpool player was already offside when tackled - that made no sense whatsoever but referees are human too and humans make mistakes all the time.

I've written columns defending officials over the years and I'm not that blinkered to think there is some secret agenda against Everton - but maybe there is an in-built bias towards the big boys? Even in the GAA world, there are claims of agendas and bias against smaller counties and Leitrim fans, no more than Evertonions, had a chip on their shoulders over the suspension of Keith Beirne.

If the Premier League, with VAR and full-time professional officials can get seemingly simple decisions wrong, what hope is there for less well resourced sports?

I'll state again - I didn't see the incident that got Beirne a one match ban, almost nobody did but from trying to piece together what happened in Markievicz Park, it would appear the Mohill man's indiscretion was definitely at the lower end of the scale.

The difficulty in trying to exonerate Beirne was there was no clear definitive footage of the incident to clear the Leitrim sharpshooter and it seems the match officials did an excellent job in their report, crossing the Ts and dotting the Is to leave Beirne with almost no wiggle room.

I do say “almost” because it is not widely known that Leitrim's top scorer was actually hit with a proposed two match ban which was reduced to one. The fact that Sligo's Sean Carrabine got his red card overturned, quite rightly I must say, increased the ire of Leitrim fans with the traditional talk of “smaller counties” getting hosed by the powers that be.

Those argument came into sharper focus last week when three Armagh players had their suspensions quashed, apparently on the grounds that there wasn't enough detail in the referee's report! Contrast that with the water-tight referee's report for Keith Beirne and it is hard not to see conspiracies everywhere.

I know a few Donegal fans and they were adamant the Orchard men deserved their suspension just as much as their players who were hit with the “contributing to a melee” charge so you've got to wonder where is the even handed approach of justice in all this - it is no coincidence that the statue of Lady Justice is holding a scales but sometimes, the scales of justice are definitely not balanced.

It's not a new phenomena - Gerry Flanagan got hit with a huge six month ban back in 1997 after a famous melee in Castlebar but Colm McMenamon received just two months - the contrast was striking for the Mayo man's ban ended in time for Mayo's All-Ireland Final while Flanagan's absence was sorely felt by Aughawillan at club level.

It is a fact of sporting life that “star” players win frees that much easier than the so-called lesser lights and more successful teams get more decisions in their favour more often than not but the first job of the officials is to decide the contest on what happens in front of them, not on reputation or fame or anything else.

How you ensure that, I don't know but if Everton are “awarded” a few more penalties in the coming weeks, I'll be cheering!

Long time PRO Gerry Gallogly requested a shout out for his club's major fundraising draw in aid of the development of new astro-turf facilities at Aughavas GAA club and, having lauded the efforts of Dromahair and Connacht GAA in providing top class facilities in recent columns, I'm only too happy to oblige!

Months of knocking on doors and selling tickets comes to a conclusion next Sunday, May 1, when Aughavas host their draw with €10,000 in prizes. Tickets cost €20, three for €50 or eight for €100. Support them if you can as I'm sure far more than the people of Aughavas will end up using these facilities when they are completed.

He wasn't a Leitrim native but the late Ray Flynn from Calry AC is known to generations of people all over this county and the entire country who were involved in athletics over the past 50 years.

A long time official and coach, Ray served an enormous number of roles with Sligo, Connacht and Athletics Ireland over the years and was high performance coach for the Irish racewalkers at the 2012 Olympics in London where Mohill's Laura Reynolds and Ballinamore's Colin Griffin competed in the Irish vest.

Ray took ill on Sunday on his way home from the National Road Relay championships in Dublin and sadly passed away in the early hours of Tuesday morning. He will be sorely missed by not only his family but by athletics people all over Ireland. May he Rest In Peace.