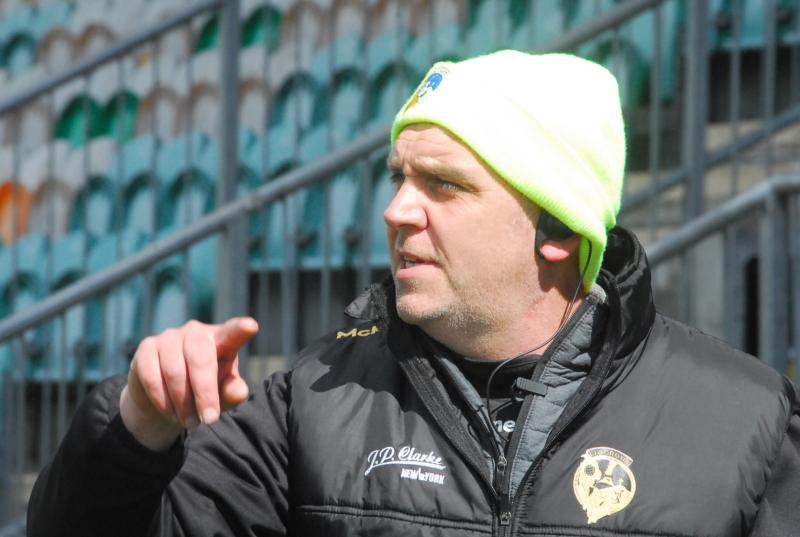 Leitrim manager Olcan Conway is setting the sights of his players on what he terms an “All-Ireland semi-final” next Saturday against Louth.

“It is a winner takes all game now,” Olcan said after the victory over Lancashire, “Scoring differences and all them things are out the window now. It is probably going to be Longford for the final since they probably will beat Cavan, although Cavan are a good team that will never give up.

His initial thoughts were to get his players ready for the Louth game: “We have a day less to recover than Louth, which doesn't seem a lot in the grand scheme of things – but it is a good bit. So hopefully the lads will look after themselves now and get themselves ready, and get prepared for next Saturday.”

Looking back on the win over Lancashire, Olcan feels that Leitrim are capable of much more: “Lancashire are a big strong physical team and they got some very good hurlers. We have got to be happy with the result. We can take things away from it which we can work on.

“We will look at it and we will analyse it, and try and make everyone better, and try to do better on the next day.

“Lancashire were never going to lie down. Their championship season was on the line today. If they had beaten us, they were still in the hunt. Thankfully we pushed on at the end and made it a bit of a better gap and made it a bit easier to close out the game.

“We got goals and points at crucial times and that is what you are hoping for. As a team when you are under the cosh. You respond and fight back and push on. The lads did that today. It has now come down to next week (Saturday). That's how it is.”