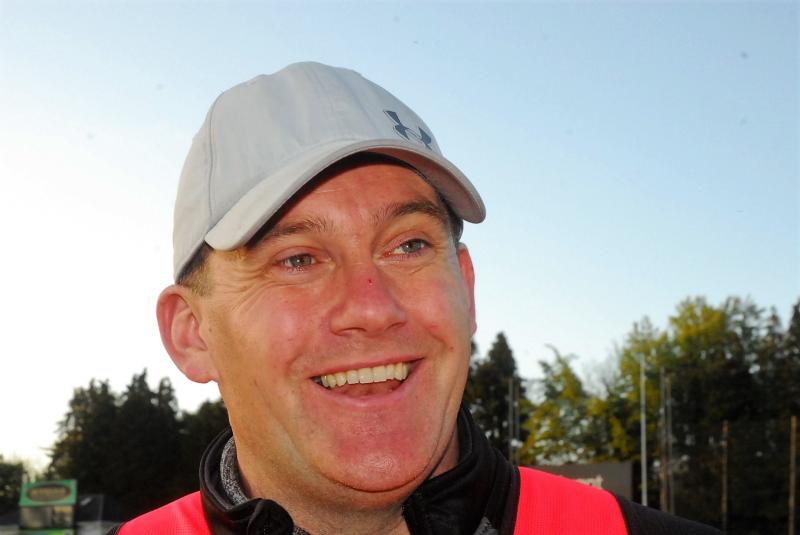 Leitrim’s minor footballers will be inspired and raring to go next Friday against Sligo - at least that’s the way this writer felt after spending a few minutes chatting with their manager Adrian Dockery in the aftermath of Friday’s remarkable late draw against Roscommon in the Electric Ireland Connacht Minor Championship.

Impassioned, proud and inspiring, you get the feeling that Leitrim’s players would run through a brick wall for their manager and the admiration is mutual: “I’m so proud of the way those boys responded, five down and time up and the easiest thing in the world to do would have been to lie down and give up.”

From his words, you’d never guess that Friday’s encounter must have been especially difficult for Adrian personally as a Roscommon native, former player and manager, to come up against his native county and try to lower their colours: “In fairness, you’re the first one who really picked up on that.

"Today was tough, I know lots of lads who were involved and got a chance to coach Fintan Cregg, he is involved with the Roscommon backroom there. A little bit conflicted but the reality is that your loyalty is with these lads, they’re super lads.”

After a ding-dong match where Leitrim created a host of goal chances but were unable to take them, Roscommon looked to be headed for victory when they grabbed a five point lead seconds into the announcement three minutes of added time. But with referee Anthony Coyne eventually playing five minutes, Leitrim grabbed 1-1 after the initial three minutes of added time had elapsed to secure a deserved draw.

What impressed Adrian most was the desire his players showed to rescue a terrible situation: “We had lads cramping all the place but nobody hid, everybody put their hands up, wanted the ball. I often say about them that if I never saw them playing football well, I could get over it but we’ve been trying to coax those kind of performances out of them and get the lads to believe in themselves because they are well able to play ball when they back themselves.

“It was great to see that finish there, that they didn’t wilt and they had the backbone to see out that game. What more can you ask of lads than to give you everything they had and they certainly did that today. We used 20 lads - if they allowed more subs, we would needed three or four more!”

The drama of Leitrim scoring 1-1 after added time had elapsed added to the entire occasion: “If the referee wanted to play another minute or two, we’d have been more than happy to. If somebody said at the start of the game, you’re going to come out of it with a draw having played well, certainly we’d have taken the hand off you. Certainly you could make arguments that we had the chances to win the game - they had chances too, they hit the bar so that’s football.”

If their is one blight on Friday’s performance, it was the failure to take numerous goal chances that would have certainly won the game for the Green & Gold but Adrian is philosophical: “Sometimes games break that way for you. We had a number of goal chances there early in the second half but their keeper was really good, made a really good save. Another day those would have gone in and we’d have had three goals on the board.

“But our lads didn’t get disheartened by that - there were a couple of them where the goal didn’t go in and Roscommon went the length of the field and get a score and that is the kind of stuff that is a really sucker punch but they just kept at it.”

Adrian’s enthusiasm emanates from the belief that there is more to come from these young Leitrim footballers: “Coming from where we were last week performance wise, it is chalk and cheese but we’re starting to build towards the sort of performances these lads are capable of.

“There is more in them, I know there is more in them and I mentioned that to them at the very end - it is great finishing a game like that but we have to back it up and they are well capable of that. We’re going to take that into next week and we set a standard we set for ourselves that we have to meet in terms of effort levels and performance and wanting the ball and that’s what we’re expecting from the guys next week.”

As for a run of a game every Friday evening from now on, Adrian sees the pluses in the situation: “Maybe it might work in our favour. We had an extra week after the Mayo game and, to be honest with you, we needed that to work that out of our systems.

“We showed the guys a couple of clips from that game and we were the makers of our own misfortunes in that game. We tried to iron a few of them out in that game today and we did that more than we did last week. Roll on Sligo.”