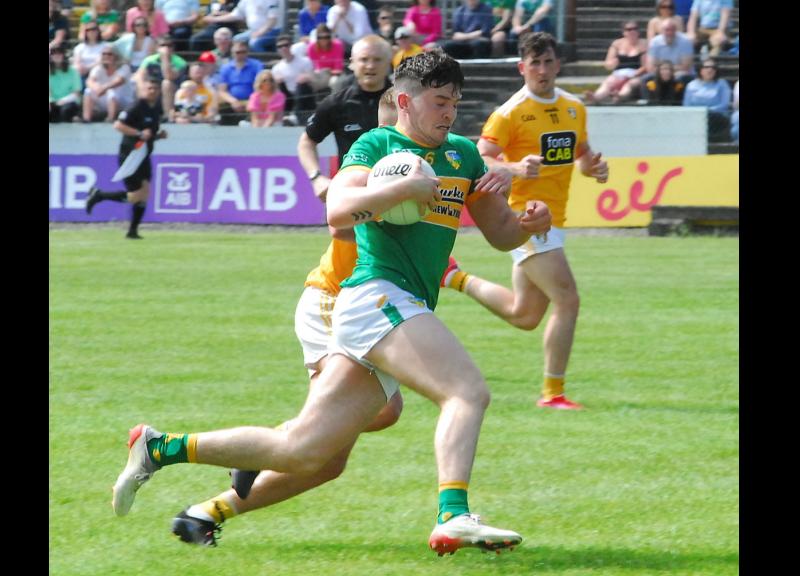 If there is one message David Bruen is keen to emphasise, it is that the internal competition for places in this Leitrim squad is driving the performance we saw from the Green & Gold against Antrim last Saturday.

Picking themselves up after the trauma of what happened in Salthill can’t have been easy but the Leitrim captain revealed that his teammates took positives from the Galway defeat: “Yeah, it was a tough day the last day but there were positives to be taken from it. The first half we actually played very well and we just fell away in the second half.”

So much so that David stresses that winning your place on the starting 15 is driving this Leitrim team on: “It is tough to bounce back from a heavy defeat but we always knew we had the panel, there is serious competition for places and that is what is driving it on, the lads, the management nearly don’t have to drive the players that much.

“It is very much player driven as well as management driven but the competition for places is massive is what is driving us on and hopefully we can have a long year after this. We have 36, 37 lads there and anyone, literally anyone, can start any day and that is what is driving the thing now.”

Looking back over the Antrim game, the Leitrim captain felt it was the team’s best display of the year: “We always knew coming here today that Antrim were going to give us lots of it, I think they were third in Division 3 this year. Probably the best football we played this year in the first half, probably fell off a bit in the second half but there are positives and things we can work on for the next day.”

And with the scenes on the pitch after the game, it is clear that David is a fan of the Tailteann Cup: “We want games and all the teams that are in it are of similar level so they’re all going to be competitive games and long may the season continue because it is a great environment to be in the last day.”

As for the next day out, David simply says “We had 36 boys, any of them could start. I’m sure Andy will sit down, look at whoever we get and match boys up with their players.”