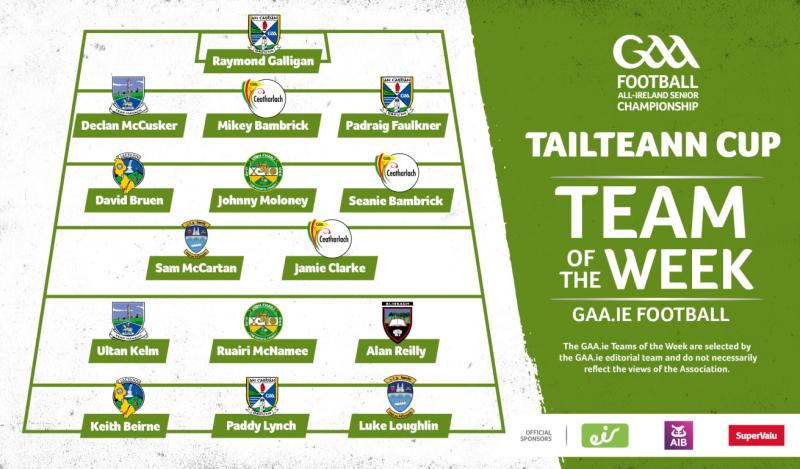 Leitrim captain David Bruen and top scorer Keith Beirne have both been named on the first ever GAA.ie Tailteann Cup Team of the Week after the first round of the new competition last weekend.

Bruen was named at right corner-back with Beirne at right corner forward on a team that features three Cavan players in Raymond Galligan, Paddy Lynch and Padraig Faulkner. In all, seven counties are named on the team which was selected by GAA.ie.

Sligo, who Leitrim host in the quarter-finals next weekend, have just one representative on the team with Alan Reilly, who scored 1-6 in their extra-time win over London, getting the nod at left half-forward.

Westmeath see Sam McCartan and Luke Loughlin make the cut while Fermanagh's Declan McCusker and Ultan Kelm were also selected. Carlow's Mikey and Seanie Bambrick get the nod in defence with teammate Jamie Clarke nominated in midfield while Offaly's Johnny Moloney and Ruairi McNamee hold down the centre-back and centre-forward positions. 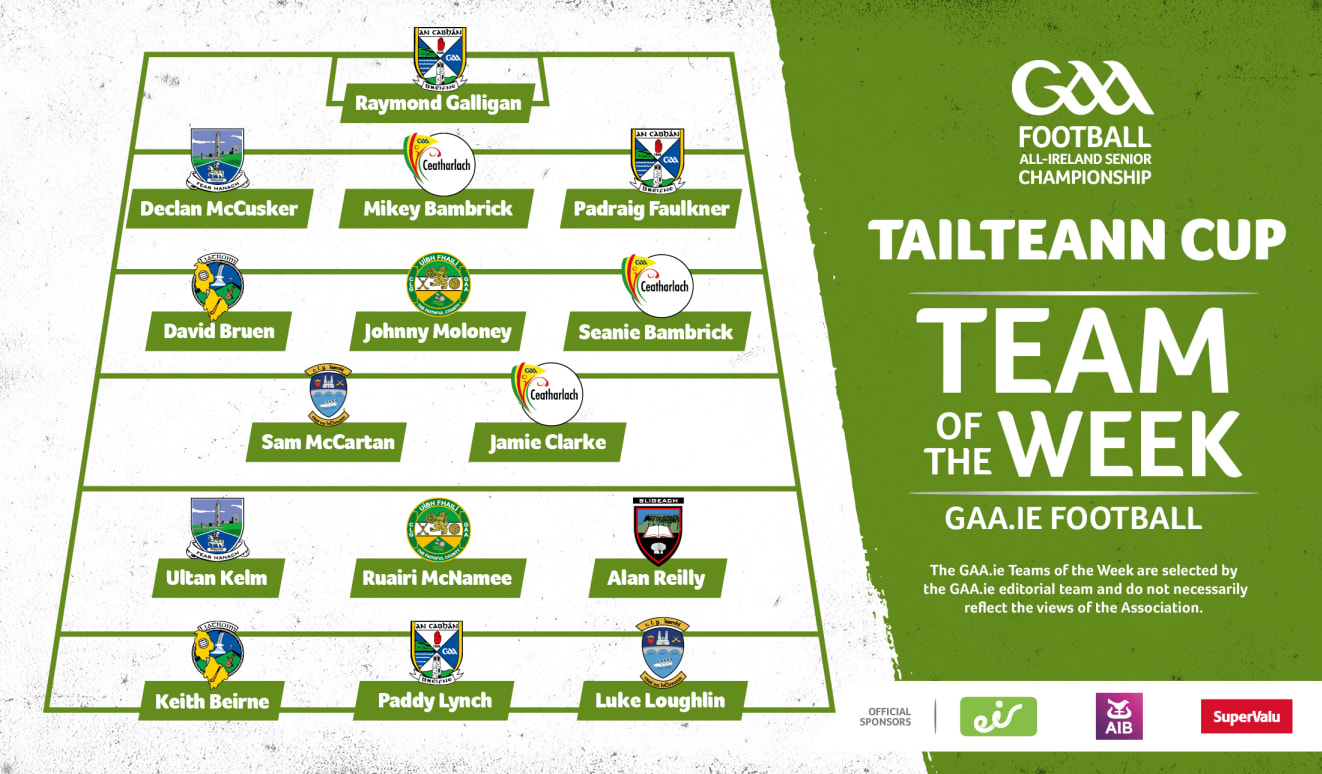