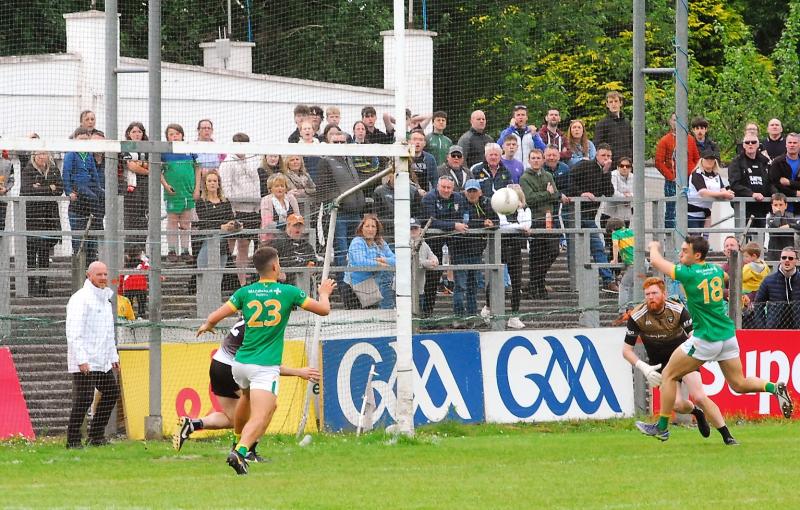 Shane Moran prepares to fist the ball to the Sligo net for a goal that was controversially disallowed Picture: Willie Donnellan

Leitrim fans feeling the county's senior football team were hard done by when Shane Moran had a goal in extra-time ruled out for square infringement in Sunday's Tailteann Cup Quarter-Final loss to Sligo have had their suspicions confirmed as TV show that the Leitrim man was outside the square when the ball was played to him.

After the game, which ended with a Sligo victory following a 4-2 win on penalties when extra-time could not separate the teams, manager Andy Moran asked why Leitrim, as the attacking team, were not given the benefit of the doubt as there was clearly some debate over the score among the umpires.

"We don’t want to turn into a team that is giving out about refs," said Moran when asked about the incident by local media, "But when one umpire is going for the flag and one umpire says that could be a square ball, how do you decide which umpire you go with? Why do you not go with the attacking team?

"To me, that’s the key thing and to go against us there is a really big call at the start of the second half, really class play from Pearce Dolan, got us going and Shane flicks it into the net but he stays outside the box because he is a smart player. I was very surprised to see it being called because Shane is so smart. It got called as a square ball and it is just unfortunate but it is what it is."

The controversial score came just seconds into the first half of extra-time after the contest had ended level at Leitrim 2-13 to Sligo's 1-16. Pearce Dolan got the ball from the throw-in and charged through the Sligo defence before floated a pass across the square to where Shane Moran was on hand to palm the ball to the net.

Leitrim were robbed of a perfect goal there 8 secs into extra time.

Shane Moran at the back post clearly outside the square - the pass to him is out of Dolan’s hands at this screenshot, brutal call. #GAA pic.twitter.com/owbSu1BUQi

Pandemonium greeted the score as Leitrim fans celebrated wildly a score that looked as if it might propel Andy Moran's side into the semi-finals and an appearance in Croke Park. Referee Maurice Deegan ran back out the field but with the umpires failing to raise the green flag, the Laois official went in to consult with his umpires as Sligo players appealed for a square ball.

After talking with his umpires, the score was disallowed and from the kickout, Sligo went down the field to score a point. Initially, I had thought the Leitrim man was in the square but TV pictures clearly show that the Ballinamore Sean O'Heslins clubman had timed it to perfection.

The decision was not the only one to cause debate among fans on social media with some Leitrim fans claiming that Evan Sweeney's point in the second half was clearly wide, a point that the Sligo keeper and defenders protested vigorously about and one that, from my vantage point in the press box, I'd have had doubts about myself.

Thought it was iffy alright… was some game though in fairness and probably the best atmosphere in Pairc Sean in years….

The game eventually ended all square after extra-time, 2-16 to 1-19, with Sligo winning a dramatic penalty shootout 4-2 after Ryan O'Rourke saw his effort tipped onto the post and out while Emlyn Mulligan shot was well saved by Sligo keeper Aidan Devaney.

Sligo now go into the open draw for the Tailteann Cup Semi-Finals in Croke Park on Sunday June 19, along with Cavan, Offaly and Westmeath. Cavan had a 2-16 to 0-13 win over Fermanagh in Brewster Park and Westmeath overcame Carlow 1-21 to 2-13 in Netwatch Cullen Park on Sunday while Offaly cruised to a 3-17 to 0-11 victory on Saturday. 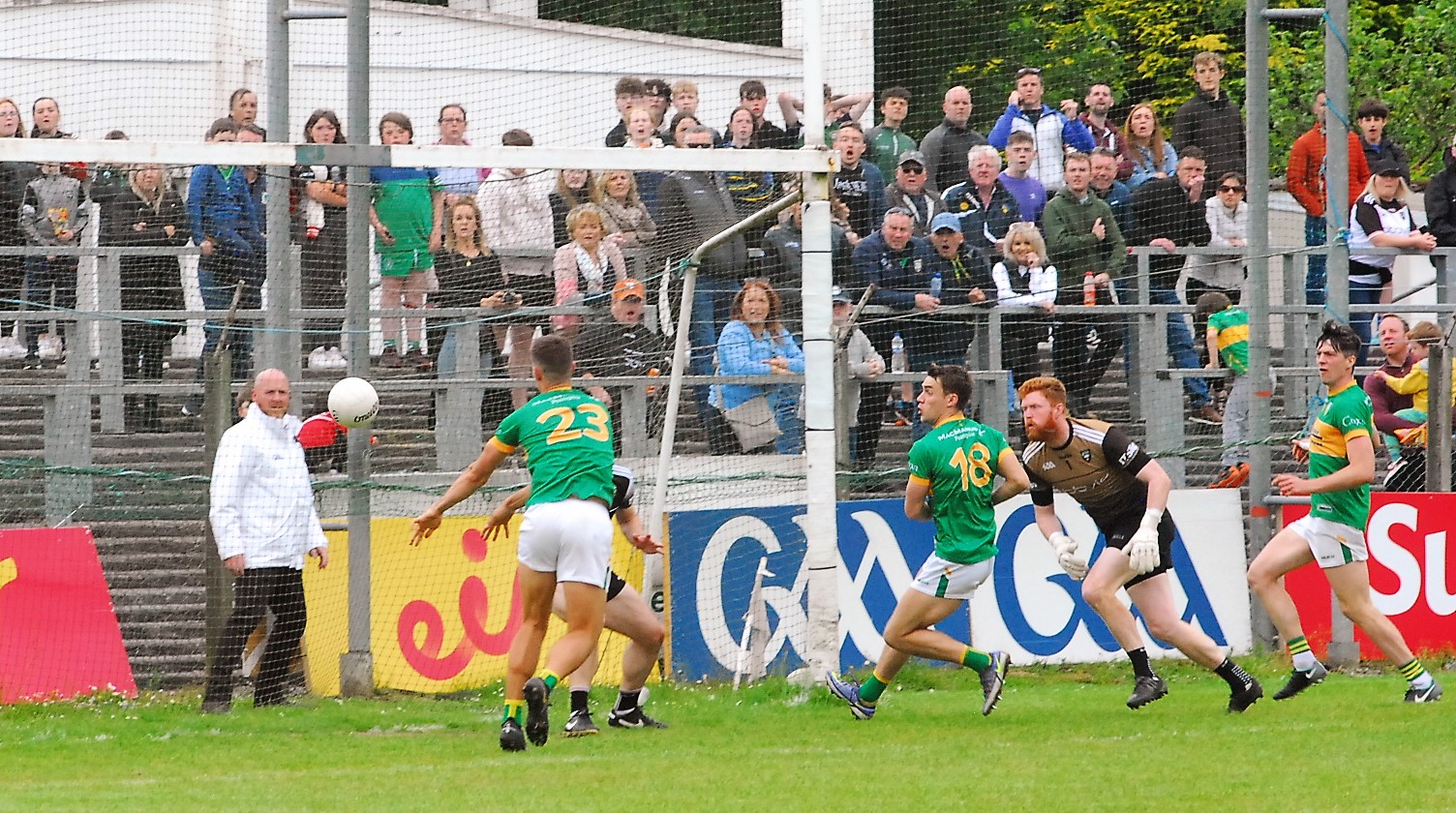