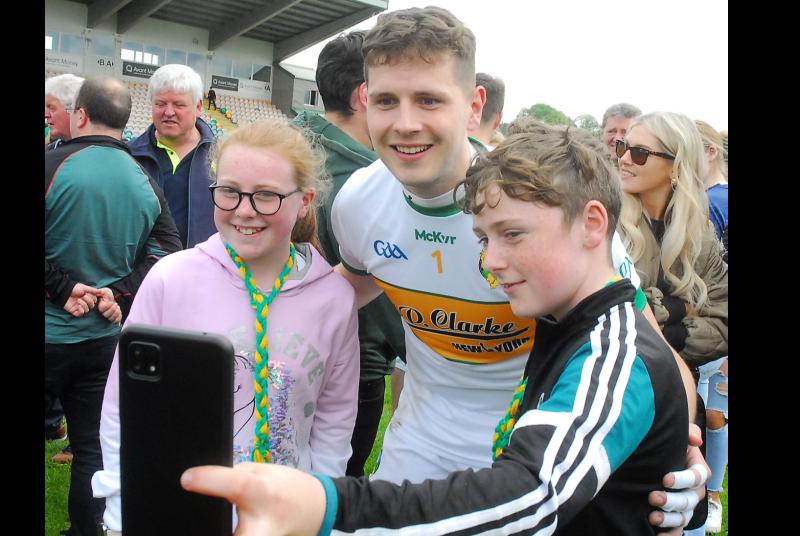 I’m not sure if a Leitrim player has been the focus of so much concentrated attention since the day Aidan Rooney converted a famous match winning shot against Galway back in 1993 but last Sunday, there was no doubting that Brendan Flynn was at the centre of a drama so intense it defies description!

Speaking to the Observer, the Leitrim keeper gave a little flavour of what the atmosphere was like with hundreds of fans thronged behind him during the dramatic penalty shootout that decided the Tailteann Cup Quarter Final.

Recalling the penalty shootout, Brendan felt it was something of a lottery: “Once it went to penalties, it could have gone any way and unfortunately, Sligo are going to Croker and we’re not so fair play to them. It is an awful pity we did lose, we were unlucky and that’s the year finished.

“The penalty I got a hand to, it still went under me so there is a bit of bad luck there. The three other ones I went the wrong way. They seemed a bit more used to it.

Looking back on the contest, Brendan commended his teammates’  spirit: “Definitely a strange auld game, I think Sligo had the game won two or three times during normal time. Then in extra time we had it won at one stage and we were probably lucky enough to get the draw at the end.”

The Leitrim Gaels clubman had  strong feelings over the decision to wipe off Shane Moran’s goal at the start of extra-time: “I don’t know if it was a square ball, the umpires ruled that it was, I would love to see if it was right because it is a very big call to make.

“If they’re unsure, they shouldn’t even be touching it. If it was a square ball, fair play to them, great call by them but if we got that, it was a big turning point I think. Sligo scored two points after that, we had to scrape two back - just little fine margins, especially in games where it is one or two points, you need the rub of the green.”

Despite all that, Brendan is a big fan of the Tailteann Cup: “100% - the last few years we’ve gone out on thrashings, losing by 20 plus points and all that. Even getting the win over Antrim, Antrim came third in Division 3, we were fourth in Division 4 and by right we upset them.