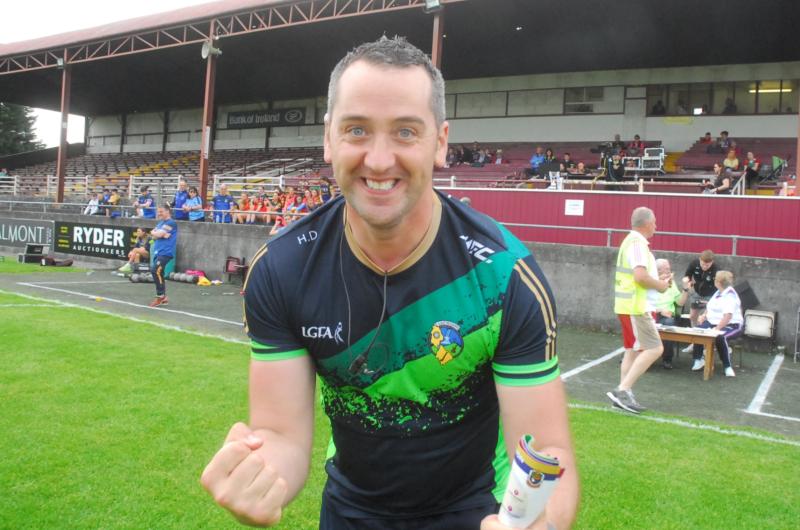 Leitrim LGFA are on the search for a new senior team manager after they announced that Hugh Donnelly had stepped down from the post in the wake of Leitrim’s exit from this year’s TG4 All-Ireland Intermediate Championship at the hands of Wexford on Sunday.

Less than a month after leading the Green & Gold to back to back Connacht Intermediate championship triumphs, Donnelly tendered his resignation in the wake of Sunday’s 3-10 to 2-11 defeat against Wexford in Enniscorthy.

Donnelly’s tenure saw Leitrim progress from suffering heavy defeats at the hands of Meath and Down in his first championship outing to winning two Connacht titles, reaching the Division 4 League Final in 2021 and this year’s semi-finals as well as the quarter-finals of last year’s intermediate competition.

However, three successive losses at the hands of Wicklow, Offaly and Wexford over the last three weekends had seen the Leitrim manager’s time come to an end.

In a statement released by the outgoing manager through Leitrim LGFA, Hugh said “I’ve thoroughly enjoyed my time here with Leitrim ladies. I owe massive thanks to Aidan and PJ, along with the executive and county boards, for trusting me to rebuild the fortunes of the ladies senior team.

“We’ve now competed in a NFL league final, won back to back Connacht titles and reached the last eight of the All Ireland intermediate championship in the space of two and half seasons. There is no reason that this success can’t continue.

“I thank all our sponsors, especially MFC, our kit suppliers, Gotham Drywall New York, and anyone else who has kindly sponsored or donated over the past three years. A special thanks to the clubs and their managers and to all the players who represented Leitrim in the past three years.

“I would like to thank my backroom team for the effort and commitment shown, along with their expertise. Again the success achieved wouldn’t have happened without these people. I want to wish Leitrim senior ladies, moving forward, the very best of luck.”

In their full statement, Leitrim LGFA stated “Leitrim LGFA wish to acknowledge that, coinciding with the end of our Intermediate Championship campaign, Hugh Donnelly has stepped down as manager of the Leitrim Ladies' senior team.

“Over the last three years, Leitrim Ladies have caught the imagination of the Leitrim public and we are proud of, and indebted to, team and management.

“We wish Hugh and his family every success in the future and we thank him for his dedication, professionalism and all he has done for Leitrim LGFA.”