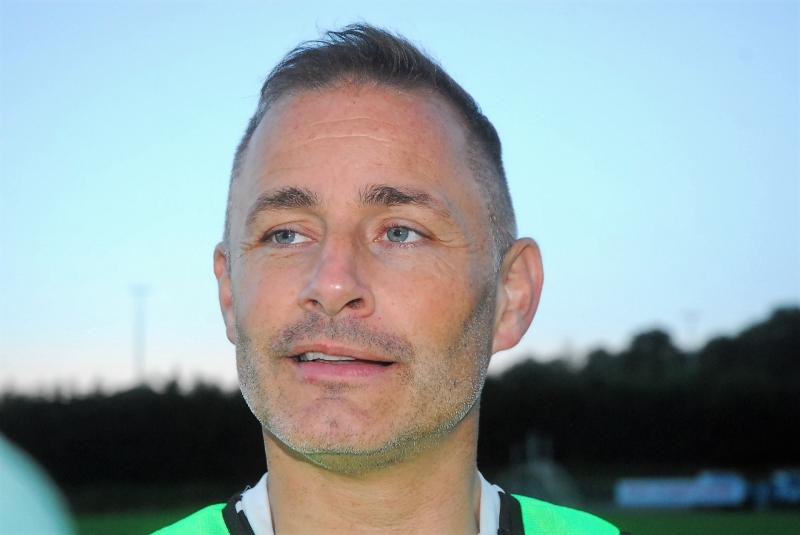 “We cannot be in any way shape or form disappointed with the final result, it was there for us to get a result, be it a draw or a win and we just didn’t take it. That is the most disappointing aspect of it.” So said Eamonn O’Hara after Mohill lost a dramatic Connacht Gold Leitrim SFC tie against Ballinamore last Friday with virtually the last kick of the game.

The former Sligo All-Star pulled no punches when he chatted with the Observer on Friday evening after their 0-14 to 1-10 loss to County champions Ballinamore Sean O’Heslins but it was clear that the Mohill manager wants to see more from his team.

“It is obviously disappointing, its championship football and you want to beat the county champions,” said Eamonn, “There is a great rivalry and history between these two clubs and today was Ballinamore’s day, they suffered a lot of injuries and probably had more of a skeleton team than what supporters would probably recognise.

“But credit to them, they played exceptionally well. We probably chased the games at times, we were in control of the game at times and one or two calls went against us, the momentum was taken away from us once or twice and that’s football, that’s championship football, the intensity.

I thought we would could sneak a win if we could get in front but it wasn’t to be and credit to Ballinamore, they chased that last high ball in, our lads stood and watched and they came in, won the ball from a breaking ball and that is championship football.”

Yet for all that, Eamonn clearly saw enough to please him but plenty to work on, particularly when it comes to taking the ball into the tackle: “I’m happy with the lads, you have to be very happy and proud of them, we’ve a lot to work on and we’re still definitely improving in terms of what we’re trying to do.

“We just need to learn not to take these balls into the tackles and turn the ball over. If you are engaging with a player who is going to tackle you, you have to make sure you can recycle and get it out again.”

Right now, Eamonn believes that Mohill are just not getting the breaks they need: “They’re a motivated bunch, they were very disappointed last year after losing the County Finals but the results just aren’t going their way at the moment.

“The Fenagh game, they punished us on the break - we had 38 attacks last week and got the ball turned over 24 times so if you are dealing with stats like that, it is crazy. Today we had very similar attacks, we were a little bit more economical, Ballinamore a bit more organised defensively but we still took the ball into tackles and it gave them oxygen.

“We went two down, great character in the last few minutes to claw it back. We could have got a free in, there were a couple of calls everyone shouts about but it is swings and roundabouts, hopefully the next day we might get the rub of the green with those calls.

“They are working ferociously hard but at the same time, it is just a case of trying to get more end product, more support runners, more options to Keith upfront, it just didn’t happen for him today. He was doubled-marked and they did very well but there were other lads who had chances and we kicked plenty of wides.”

As for the format of the championship, Eamonn feels Mohill’s run of tough games will stand to them, even if it is a tough draw right now: “It is but if you’re serious about winning a championship, you play the top four teams and that is what you’d be happy about and that tells you where you are.

“I’m happy where the lads are, it is just a little bit of luck that is not going our way. If we can get those calls, those sort of small calls, it would give a little bit of momentum to us.”