1988 All-Ireland winning Ladies teams to be honoured on Saturday 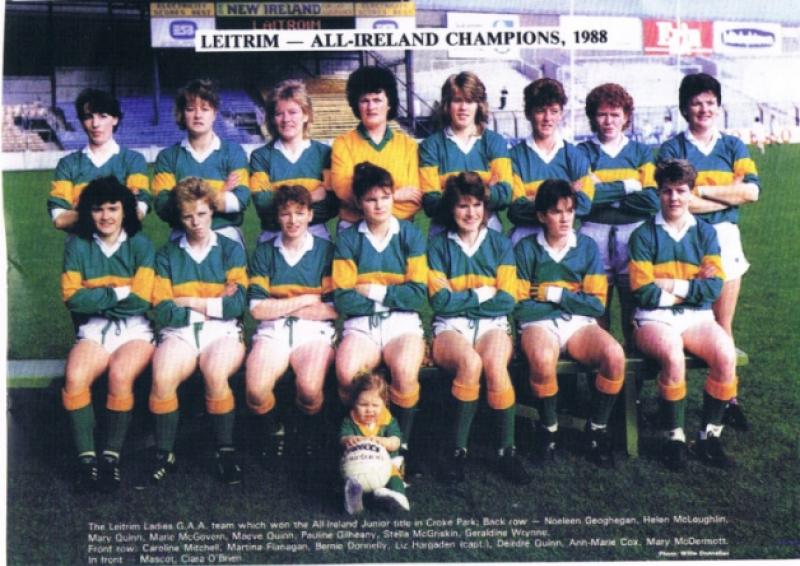 Leitrim Ladies GAA County Board will mark the 25th anniversary of the county’s All-Ireland Junior Championship triumph next Saturday in The Landmark Hotel.

Leitrim Ladies GAA County Board will mark the 25th anniversary of the county’s All-Ireland Junior Championship triumph next Saturday in The Landmark Hotel.

The Carrick-on-Shannon function will mark 25 years since Leitrim lifted the Junior title when beating London in 1988 in Croke Park and is a great chance to relive some of the glory days of Ladies football in the county.

The 1988 will not be the only team honoured on the day as the 1984 Leitrim team who reached the All-Ireland Senior Final will also be honoured at the function.

Anyone who would like to take part in the celebrations are welcome to join both teams from 10pm till late in The Landmark Hotel.

The 1984 Leitrim panel that lost All-Ireland Senior Championship Final to Kerry were as follows:

The victorious 1988 Leitrim panel who defeated London to win the All Ireland Junior Championship:

See next week’s Observer for pictures from the event.