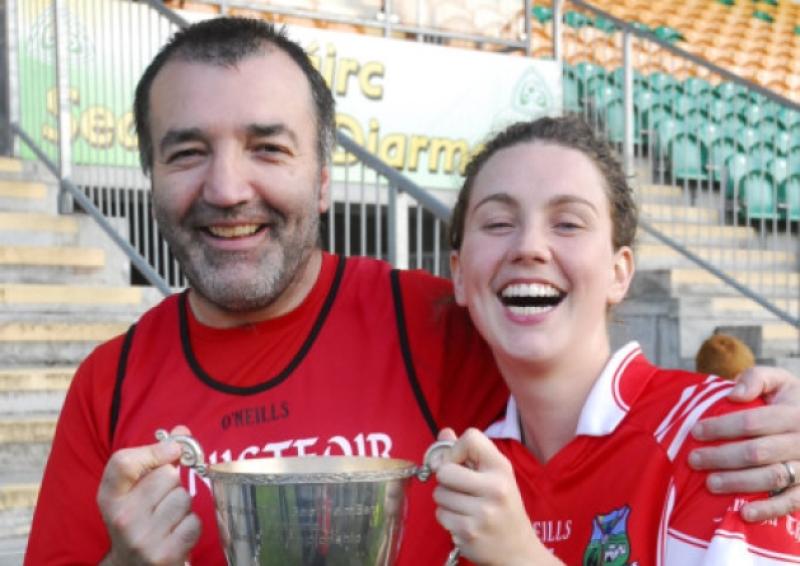 Dromahair manager Gerry Ballantine was understandably a proud man after seeing his Dromahair side regain their position as the top team in Leitrim.

Dromahair manager Gerry Ballantine was understandably a proud man after seeing his Dromahair side regain their position as the top team in Leitrim.

Reflecting on his side’s victory Gerry paid tribute to his players but reserved a special mention for his midifield duo Sinead Fowley and Anna Conlan - “Our two midfielders, every game they go out, they never leave an ounce of energy behind them when they’re walking off the field. The example they set, the way they drive the team and the commitment and drive they show is phenomenal.

“In all grades of football, men and women, I have never seen two people who are so consistently determined and give so much game in, game out. That drives the rest of the team on and they really are outstanding as you can see and the heart and soul they put into it is phenomenal.”

Having begun this year’s championship campaign with a defeat when they met St Joseph’s in their first game Gerry praised his players for the manner in which they have improved as the year progressed.

“We had a setback at the start of the championship when we lost to St Joseph’s heavily in the first game and we knew that was the standard we had to get up to. We just had to work hard since then and we have knuckled down and played well in all our games since.

“We’ve had players coming back that we didn’t have last year so it was always going to take time for them to bed in the team again. They were our central players, it was just a matter of time getting everybody up to championship speed and thank god it came right for us today.”

With all his players contributing to Dromahair’s victory, Gerry explained how his side managed to combat the threat St Joseph’s posed.

“Everybody played their part in fairness, our defence was excellent in the second half when we were coming under pressure and chased every ball down. Our defence held out very well. We played Erin Farrell sweeping in front of the full back line and I thought she had a phenomenal game.

“The amount of ball she swept up and cleared and showed for every ball and covered runs was phenomenal which made a huge difference and was probably the biggest single difference from the first game we played St Joseph’s and this game. They weren’t able to walk through us like they did in Leitrim Village.”