Women taking up officer roles has benefited my club enormously 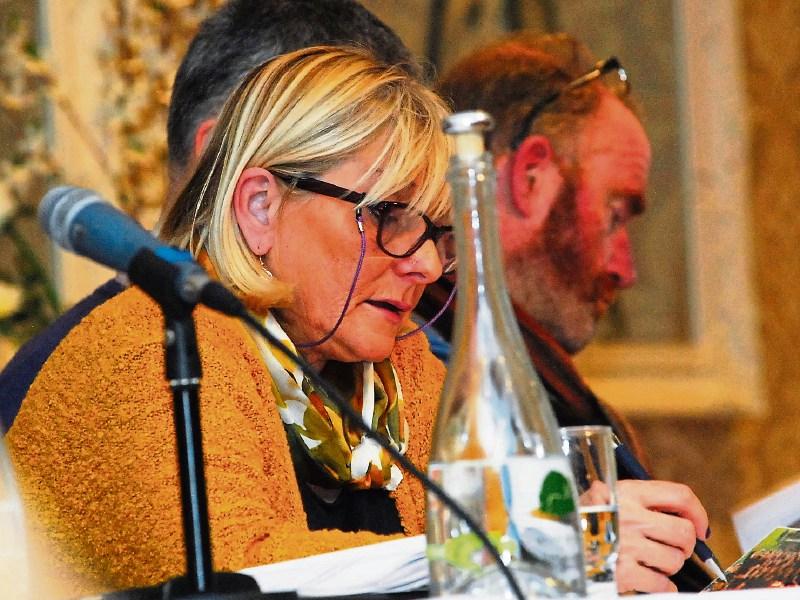 Leitrim folk are well aware of the benefits of being blessed amongst women thanks to the writings of John McGahern. Yet even McGahern would, I imagine, have some problem with the idea of the government determining the precise percentage of women that should be in one’s company at any given time.

Like McGahern, I understand the balance and wisdom that the female form and mind-set can bring to any situation and outlook. I have been blessed with the positive influence of women from the moment I was born.

My mother happened to be a woman, which was handy. I have the added bonus of five older sisters who have remained inspirationally young-at-heart since the day I first met them. I see in each of them evidence of the qualities that, when combined, make up the remarkable woman that is my mother.

But the qualities that women bring to the world far exceed the stereotypical mother Earth parameters. Solid judgement, intuition, emotional intelligence, measured caution, drive, energy, and determination, are just some of the qualities that spring to mind when I think of the women that have indeed blessed my life.

But even with all this I don’t believe in the notion of imposing a gender quota on the boards of Irish sporting entities. I understand where Sports Minister Patrick O’Donovan is coming from. His proposal to is to bring in a policy recommending that Irish sports governing bodies ensure a minimum of 30 per cent female representation on their boards.

From 2019, the Department of Transport, Tourism and Sport will link compliance with the new rules to funding to organisations with more than 10 employees with the rule coming into force a year later for those with fewer than 10 employees.

He saw the positive impact on female representation in our government brought about by the decision of the Fine Gael/Labour coalition to introduce gender quotas in relation to Dáil seats. And he thought the same principle could be applied to sport. But the playing field isn’t the same and neither are the rules.

Don’t get me wrong. Sport would benefit from more female opinions and voices on boards. I was at GAA Congress in Derry in 2013 when representatives from the National Youth Committee called for more young people and women to be involved in the decision making of the Association. They were talking to a room of men who were well into the latter half of their lives.

Thankfully, we are seeing a change in this regard in the GAA. Too slowly? Yes. But I believe essential lessons are learned through an organic evolution than by falsely manipulating the current nature of things. Tyrone boasts the first female chair of a county board in Roisin Jordan, elected to the role in 2015.

Donegal’s Noreen Doherty became the first female county secretary back in 1991. We have, of course, currently a female secretary in Leitrim in Attracta O’Reilly, while Tracey Kennedy, vice-chair and former PRO in Cork, is tipped as the Rebel county’s next chairperson. There are others too, but that’s hardly a landslide towards female representation in the interim. But look at the club scene and the landscape looks more promising.

Women taking up officer roles has benefited my club enormously. Mary Rooney as secretary and Katherine Williams as treasurer have – with the support of their male counterparts – brought a new energy, focus, process, and drive to Melvin Gaels.

In a pleasing role reversal of the stereotypical gender specific roles, Martin McCarron, a former team mate, is the club’s Children’s Officer. Anne McGloin, as chairperson of Coiste na nOg, is joined on the minor executive by Brid McSharry as secretary and Catherine Regan as treasurer.

The influence of these latter three women arrived in the club when they were amongst a group that initially set up a ‘Gaelic for Mothers and Others’ team. Some of the group subsequently explored coaching and have achieved qualifications there too.

I believe more female coaches can have a truly transformative impact on the association’s potential to provide player-centred recreational participation for huge swathes of our population. But I don’t believe we should impose a rule to ensure that 30 percent of all coaches are female by 2019.

I serve as secretary to the National Health & Wellbeing Committee in Croke Park – it has a 50:50 gender balance without any quota necessary. Of the 340 delegates at the GAA’s third annual Health and Wellbeing Conference in October, 50 percent of the delegates – made up largely of club health and wellbeing officers – were female.

The gender revolution in the GAA is already underway. It may not have been televised just yet. But many of the leading ladies have already been cast and give them a little more time and they will take centre stage.

We just need to give them our backing and support. And of course, when the time comes, the necessary votes.