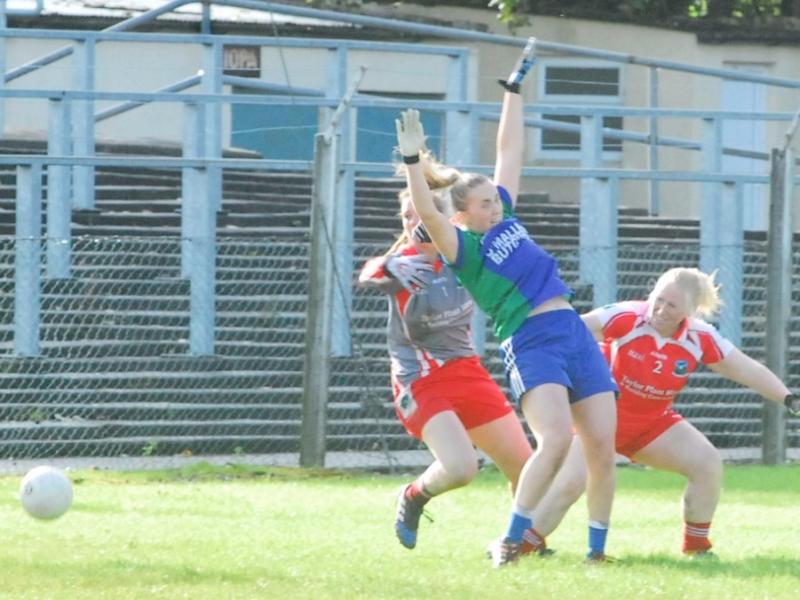 Action from the drawn game as St. Joseph's score a goal. Photo by Willie Donnellan

The Leitrim Ladies Senior Championship Final will now take place on Saturday evening in the Bornacoola GAA Club grounds in Dromod after Cloone pitch failed to pass a pitch inspsection.

The replay of last Sunday's County Senior Final between Dromahair and St. Joseph's was due to take place in Cloone but the venue, used almost every weekend for Leitrim Club Championship fixtures, failed to pass inspection and the game has been moved to Dromod with a 5 pm throw-in.

In other Ladies fixtures news, the Division 2 Final between Glencar/Manorhamilton and Oughteragh Gaels has bee fixed for Sunday at 12.30 in Kiltubrid while Aughavas will host the Division 3 Final between Fenagh and Keeldra Gaels with a 11 am throw-in.

In other GAA news, the Barna Recycling U13 Championship 13-a-side Final between St. Joseph's and Fenagh St. Caillin's has been fixed for the Leitrim GAA Centre of Excellence in Annaduff with a new throw-in time of 6.15 pm